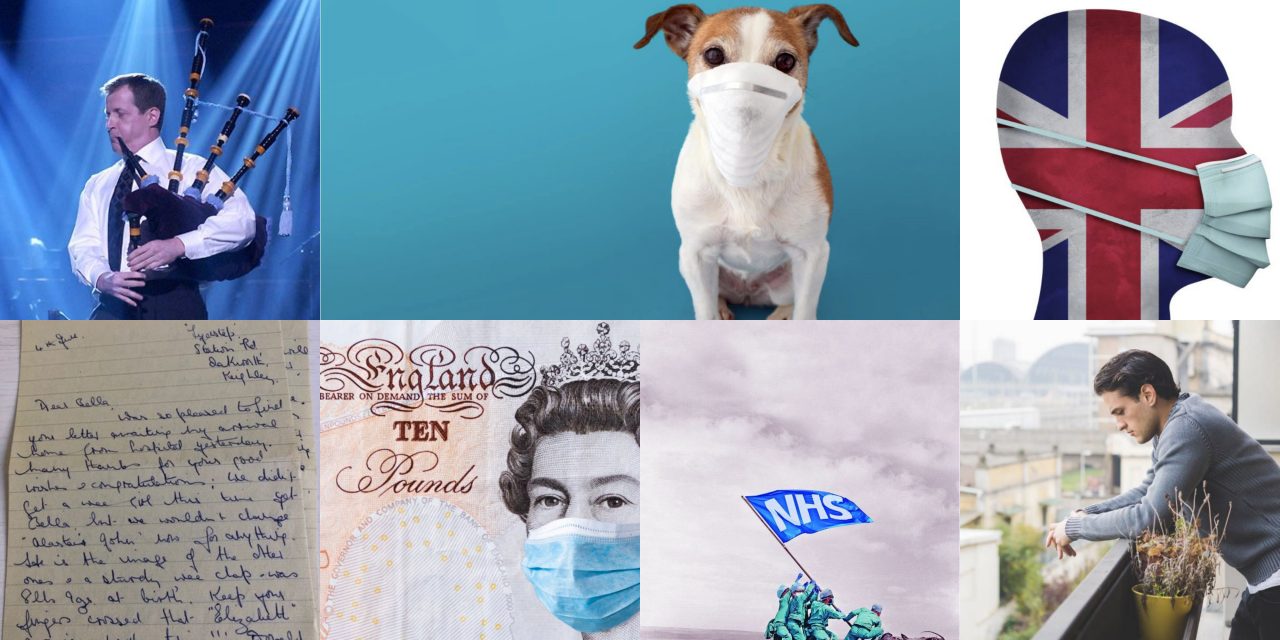 I’ll be honest, this is partly just a bit of personal auditing, my tidy mind needing to keep track of what I have been writing over recent days and weeks of lockdown. It helps when I am writing to keep tabs on what I have said and where I might have said it before.

But I hope others among you may find it useful to have it all in one place. I have been pretty prolific during the Covid crisis, taking my own advice to ‘think in ink,’ and in addition to the many pieces on here, and more that I have probably forgotten, I have finished a non-Corona novel, and started another book too. That may partly explain why I want to bring it all together. I’ve also been busy on the music front too, as you will see.

This mainly consists of blogs and articles but I have thrown in the occasional tweet at memorable or important moments, and some of the media interviews done from home.

The last thing I wrote before I went into self-isolation, after Sport Relief on March 13, was this about the fight I was due to have with Piers Morgan. I went ahead without him but on returning that night decided even if the government were continuing to dither about lockdown, I wasn’t. I had seen and heard enough to know it was time to stay home. Here, and Hampstead Heath for my daily walk, are the only places I have seen since then. And Piers, though I was angry with him for bottling out of our fight, which could have raised tons for Sport Relief, has redeemed himself somewhat since, being one of a small number of journalists (or MPs for that matter) actually challenging the government, raising tough issues and asking tough questions.

March 17 – A piece for The Article on the many early mistakes made by the government as most of the rest of the world took it more seriously than our government did.

March 18 – A review for GQ of the rather tame and timid BBC documentary on Dominic Cummings. Sorry, Emily Maitlis, but I expect you agree.

March 19 – A piece for The New European comparing Tony Blair and Boris Johnson on crisis management.

March 22 – An important tweet on homelessness (not mine). For years the Tories have said you will never be able to end street dwelling homelessness. And they did when it suited them.

March 23 – A tweet in which I am still trying to give the government the benefit of the doubt, fair and reasonable chap that I am.

March 23 – Sneaking a photo of my brother Donald’s ashes being scattered in Tiree into first BBC interview from home. Seeing the bookshelves of politicians and journalists has been one of the better side effects of this crisis.

March 23 – Evening Standard podcast on the government handling of the crisis. Still trying to be reasonable and give them the benefit of the doubt.

March 23 – Piece for The Article on Dominic Cummings being the wrong man at the wrong time, though he does seem to have vanished.

March 23 – LBC interview on the government mixed messages. Even now, I am probably holding back. I think the messaging is dreadful, confusing and still the approach is way too cavalier.

March 24 – Piece for The New European with further thoughts on how Boris Johnson should be conducting himself. The paper has adapted really well to the post-Brexit (sic) world.

March 24 – Important interview by scientist worried the government is not following science. Of the many irritating mantras, ‘we are following the science’ is up there.

March 26 – Blog: Trying to look on the bright side

March 26 – The first clap for the NHS Sissy, piping our next door neighbour home

March 26 – Piece for GQ on insomnia/depression

March 27 – The day the Tree Olympics were born

March 29 – BLOG on a new Coronavirus side effect – lists.

March 30 – BLOG suggesting government cut out the cliches at briefings

March 31 – Piece for GQ on things that would never have happened without the virus, like me using a vacuum cleaner

April 2 No shit Sherlock – the view on Cheltenham

April 3 – Podcast interview Eamonn Mallie who was often a thorn in our side during the peace process. But we both agreed journalism had gone downhill since.

April 3 – heartbreaking photo on the boy buried without his family

April 4 – Blog on Observations so far

April 5 – Blog bringing together themes from various pieces so far

April 7 – Piece for The Article re the lockdown haircut

April 7 – Piece for the Telegraph on PM illness, and how government must not get distracted

April 7 – Sky News interview and LBC re the same

April 9 – My bagpipe concert for Joe.Uk

April 10 – Piece for The Article on woeful media questioning. The briefings are really doing my head in now, and I note from the response that many others feel the same, including some of the best known journalists in the country.

April 10 – Piece for The Independent on Jacinda Ardern

April 10 – And re Personal Protective Equipment

April 10 – The charity single organised by Martin Gillespie of Skerryvore.

April 10 – The interview that helped push it to No 1

April 10 – A moment of agreement with Adam Boulton

April 11 – Story on our charity single getting to Number 1

Over and out for now.