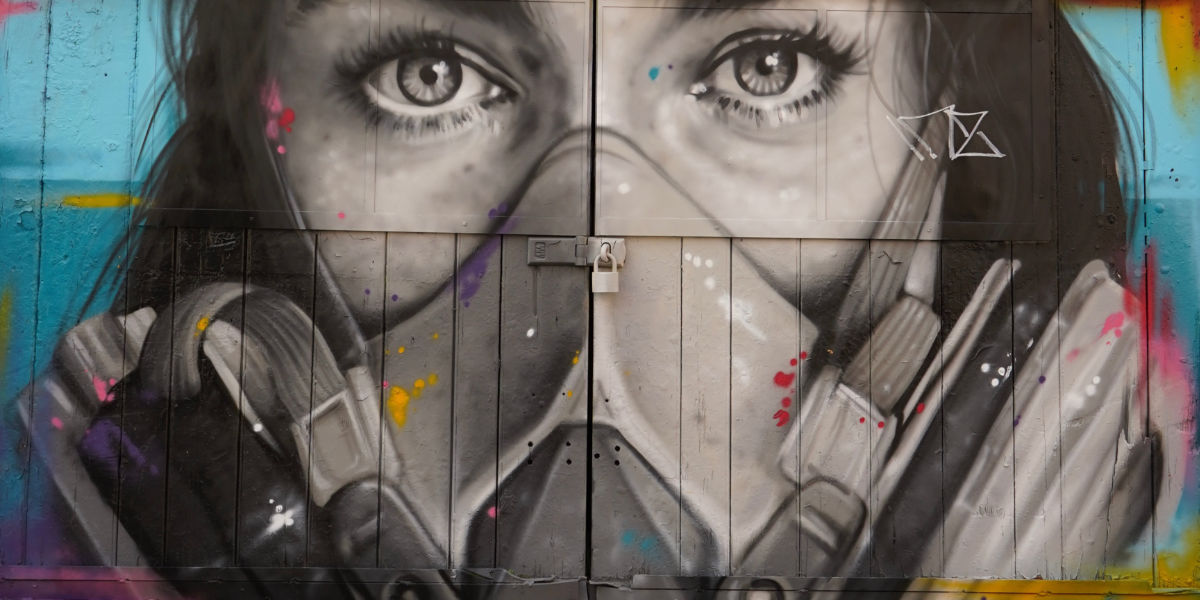 My partner Fiona has a piece in The Guardian today pointing out not merely how much the last Labour government achieved in education, but also how absurd it is for someone like Zarah Sultana, a newly elected 26-year-old Labour MP educated during those years, to spend so much time and energy rubbishing the record.

Fiona is not alone in thinking it weird, and at odds with empirical evidence about standards, spending and building programmes; Zarah Sultana is not alone in being a Labour politician who seems to think undermining that Labour record is as important as attacking the Tory government, helped to a majority by the Corbynista politics of which she is a loud and proud supporter. Being at best silent about, at worst hostile to, the record of the longest period of Labour rule, has long been part of Corbynism.

If you are one among the many thousands who have recently joined the Labour Party to get a vote in the leadership election, you will have received a ‘welcome’ booklet for new members. Inside you will find a potted history of this great organisation setting out key milestones. And, if you know anything about history, you may conclude on reading it that you have joined a cross between a death-wish cult and a political madhouse.

Your motivations for joining are good. You may fear that power in the country has been hijacked by right wing ideologues who first secured victory for Leave in David Cameron’s ill-advised referendum, disposed of him and then of Theresa May before delivering Boris Johnson into Downing Street and then, with the help of the Opposition parties of which you were not then a member, delivered a majority for Johnson to ‘get Brexit done.’

You may have joined the Labour Party because you see it as the only vehicle that can realistically hold the government to account in Parliament as the Tories attempt to deliver both on their promises for Brexit and their broader promises on schools, hospitals, crime, and inequality, issues on which they have been failing in government. And you may think – and I agree with you – that the Labour Party remains the likeliest democratic option one day to put the Tories back where once, relatively recently, we had them – in opposition.

We had them there, older readers may recall, for some time. Over a decade. That required us to win not just one, but three, elections. Winning one general election is hard. Winning three is very, very, very hard.

There is a brief albeit passing mention of the 2005 election in your ‘new members’ booklet.’ But neither it, let alone the landslides of 1997 and 2001, are deemed worthy of inclusion in the landmarks set out in this history welcoming you to the fold.

Here they are in full.

1967– Homosexuality decriminalised in England and Wales.

2016– membership passes half a million.

2017– general election sees us make gains in every region and nation.

So of these nine great landmarks in the party’s history three are from the Corbyn era, which they seek to portray as a period of success. If I was a new member, I would find that a bit weird. I would find it weird that I was joining an organisation which wanted you to share their pride in the gains in a lost election, but which sought to airbrush from history electoral success and the real change to the country that can be made by winning. It would make me worry I was joining an organisation which preferred heroic defeat and denial to the hard graft of winning and delivery.

This is more than a plea from someone involved in the most successful electoral period of Labour’s history for that period not to be forgotten. It is the expression of a genuine concern that in not just forgetting it but actively undermining it the Party is making yet another strategic error to add to those which helped give Boris Johnson a large majority; a mistake which in turn may help him win another one in five years time.

To persuade the country to elect a Labour government, and to motivate new members to work hard to get one, it is not a bad idea to remind people about the kind of things that a Labour government does, not least to remind them also that the Tories in opposition did an awful lot to try to prevent those things from happening.

Of course the designers of the new members’ booklet had limited space, but to have nothing between 1997 and 2016 but the minimum wage and the Human Rights Act strikes me as Pravda-esque in its efforts to suggest Labour didn’t really begin until Jezza came along with Momentum.

Sure Start. Civil partnerships. Peace in Northern Ireland. Winter fuel allowance and free TV licences for over-75s. The London Olympics. Climate Change Act. Ban on cluster bombs. Disability Discrimination Act. Paternity leave. Child Trust Funds. Free nursery places for three- and four-year-olds. Devolution to Scotland, Wales and London. Trebling of aid and cancellation of debt. The smoking ban. The New Deal which helped 2.2million into work. More students than at any time in history. A doubling of apprenticeships. Biggest council house building programme for twenty years. Free admission to national museums and galleries. Record spending on schools and hospitals leading to rising standards in the first and the highest satisfaction ratings and shortest waiting times in the second. Over 100 hospital building schemes completed. 44,000 more doctors, 89,000 more nurses. The doubling of funding per pupil. Police numbers up 17,000 and crime down by a third. I could go on and on and on, and I often do … so don’t give me ‘radical’ when comparing all that and more with what Corbyn’s Labour Party has achieved – or rather, not achieved, by failing to achieve victory at the ballot box.

The weird virus that has infected parts of the party on this was apparent in a frankly bizarre observation by Clive Lewis, former future leader, that Labour had only ever been ‘in government and in power’ once, in 1945. It is the same virus that had  Zarah Sultana – she who once said she looked forward to celebrating Tony Blair’s death –  say we needed a Labour government to reverse the effects of ‘forty years of Thatcherism.‘

I wonder if, in this ‘period of reflection’ called for by Jeremy Corbyn she might reflect that it was during the period she was growing up that homelessness, rough sleeping, child poverty, and so many of the post Thatcher social evils were properly addressed.

But hey – let’s celebrate having half a million members but forget about the half million children we raised out of poverty when we actually had the chance to do something about the things we love to complain about in opposition. Let’s glory in the wonder of ‘making gains’ while overlooking the cold hard fact – we lost. The Tories won. Again.

Sultana introduced Rebecca Long-Bailey when she launched her campaign, so it is clear we are not talking about some fringe figure, but someone totally signed up to and part of the Corbyn project. Corbyn, whose leadership was marked as ‘ten out of ten’ by Long-Bailey. Given one of the main tasks of the Leader of the Opposition is to win an election, this left many wishing Long-Bailey was not Labour leader or Prime Minister, but the human resources official in charge of their work assessment.

Keir Starmer and Lisa Nandy, who spoke of New Labour continuing the ‘Thatcherite consensus,’ have also shown signs of feeling they have to absorb some of the history revision virus to win. Keir’s very well made film to launch his campaign had just two references to the New Labour years – the times he took the government to task over Iraq, and over benefit cuts for asylum seekers. When I suggested he might at least have acknowledged some of the good the last Labour government did, he told me he was developing a new line of argument – if you have been following his campaign you will have noticed it many times since – ‘don’t trash the last government and don’t trash the last four years.’

This is a very strange equivalence indeed. A four-year period to a great degree defined by anti-Semitism and confusion and division on Brexit, and which has included two election defeats, the second of which was the party’s worst since the 1930s; on a par with a three term winning Labour Party that delivered enormous change.

Of course candidates have to appeal to the electorate, in this case party members. But this is a long campaign, which is being closely followed by non-members too. Members as yet undecided will be swayed in part by what these other people in their circle think. For that reason alone, it is important contenders never lose sight of the importance of speaking to the country too.

I was recently interviewed for a dissertation on Labour by a Sheffield University student, Joe Copping. Aged 21, he was not born when we first won power in 1997. He was developing an interest in politics when Jeremy Corbyn became leader, and for a while he saw the appeal. It was only when he started studying politics in detail, he said, that he realised just how much Labour in power had done, how ‘radical’ it had been, and how much the Labour Party itself had done to undermine the record of Labour in power.

He used the same word as I do above to describe the Corbynista portrayal of the Blair-Brown era as some kind of catastrophic, Tory-lite failure … ‘weird.’

It is. It really is. Until the party sees that, it is unlikely to win back the public, who have seen it as weird for several years now, and are as yet seeing precious little sign of change. If anything, the weirdness has grown not shrunk in the  weeks since the overwhelming defeat of December 12. Weird. Really weird.

Sad to say, Cameron has Clegg exactly where he wants him