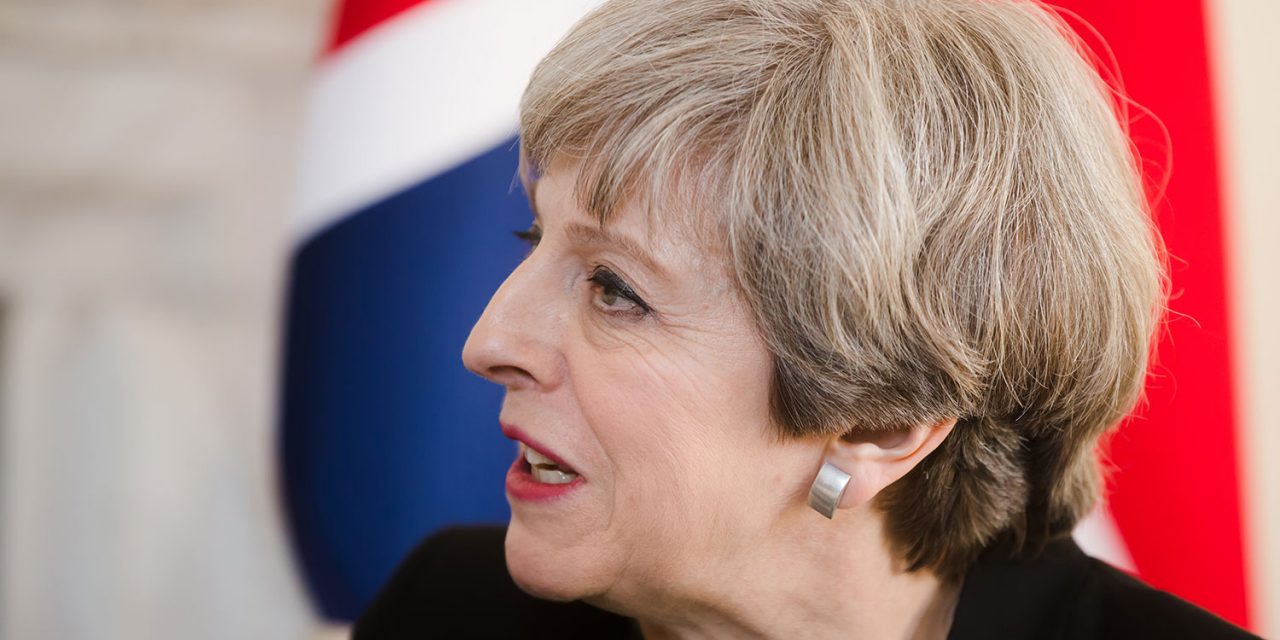 It has become fashionable to praise Theresa May for her ‘resilience,’ and also to express sympathy for her predicament. I find it harder and harder to do either. Yes, she inherited a tough hand from David Cameron, who legged it after losing a referendum he should never have called. But she has been the chief architect of her own problems since, with a succession of strategic mis-steps.

Her understandable frustration is turning to anger – see the wild attack on Tony Blair yesterday, for the sin of saying much the same as John Major has been saying for months – and now despair, as she presides over a broken politics and a broken Brexit process, whilst simultaneously saying unless we proceed with her broken and wildly unpopular deal, people will lose faith in our democracy. Given the chaos she has helped bring about, I am not sure where the faith exists still to be lost, not least because the Brexit obsession means other issues such as universal credit, rough sleeping, falling standards in schools, falling police numbers and the coming NHS winter crisis are barely getting a look in on the Number 10 agenda. And if anyone wants to see how far we have fallen, check out some of the satire shows from around the world in recent days. We are becoming a global laughing stock.

As for resilience, it is an important quality in anyone, and certainly in a job as high pressured as Prime Minister. She has had plenty of setbacks, and she just keeps going. Fine. But when the resilience is actually stubbornness, a refusal to listen to any advice but her own, an inability to adapt to change around her, then the strength becomes a weakness. And when she begins to equate her own interests with those of the country, we really are in trouble.

What is now coming through is that this really is all about her. ‘It’s my deal, and I will have it. It’s my ball and nobody else gets to play with it. And if the pound takes a tumble, if government descends into chaos, and the Mother of Parliamentary democracies descends into farce, if no deal has to happen, then so be it. It is all a price worth paying for me to keep my deal and my Premiership alive.’

I used to buy the line trotted out by Tories that Mrs May was driven by a profound sense of duty. But I think she has developed a deeper sense of entitlement. The woman who was irritated in her 20s that Margaret Thatcher beat her into the history books as our first female Prime Minister is where she thinks she belongs, leading her party, running the country. Only she isn’t running the country. Nobody is. She isn’t running her party. She has lost control. For a control freak, that must be a truly horrible feeling.

As I watch her now I am reminded of the kind of things her Cabinet colleagues have said about her down the years. Secretive. Controlling. Stubborn. Unempathetic. Tin-eared. Lacking in the personal skills required to put people at ease, bring them into your confidence, build teams and alliances.

Some or all of those characteristics have been on display at virtually every mis-step. The red lines that were laid down without her senior ministers being aware or involved. Triggering Article 50 prematurely without a plan. The election that was never going to happen, and then it did, and she lost the majority Cameron had won. Her idea. Only her idea. One minute, it was absolutely the wrong thing to do, the next minute absolutely the right thing to do. Both argued with the same conviction.

So she went off on her ludicrous nationwide tour to hammer home the message ‘this is the only deal available’ and then, when she finally got the message that she was facing the biggest Commons defeat of modern or indeed ancient times, there was suddenly a better deal available and she was the only woman alive who could get it, so the national tour became a European tour, which went just as badly, the stuck door on a BMW becoming a metaphor for her leadership and for Britain.

She did not have the reputational or personal capital in the bank with EU leaders to win anything other than tweaks and twiddles, which she will today try to present as serious change to the deal. It is not. She also lacks personal and political capital in the bank with her MPs to be able to move them without the fundamental changes that the EU will not and cannot grant. And never forget why. Because she laid down red lines which, combined with the realities of the Good Friday Agreement, left the EU with no choice but to deliver the kind of deal they have.

One of her fellow heads of government told me that at the Salzburg summit, scene of one of her many mis-steps, she used her allotted slot to read out the contents of an article she had written in a German newspaper that morning. The lack of warmth towards her, from leaders and MPs alike, is a direct reflection of the lack of warmth and understanding she shows to others.

I suppose there is inevitably a part of any leader who at times will equate their own interest and future with that of the nation. And of course the authority and survival of a nation’s leader is an important factor in any country’s strength. But what recent days have shown is not just that the interests of the Tory party are being put ahead of the national interest, as they have been on Europe for years, but that to Mrs May, her own personal interests are now more important to her than both. Her Party and the country are close to the end of their tether with it.

And be in no doubt why she decided to pre-brief her statement to MPs overnight, breathing fire and brimstone against a People’s Vote.

Her deal will not get through Parliament. She is good at kicking cans down the road. But at some stage, she will run out of tarmac. That is when she will have no choice but to put the whole Brexit business back to the people, in a People’s Vote. It cannot come soon enough to stop this national humiliation.