Busy busy yesterday, no time to blog, but I hope you caught up on the Mail’s latest piece of villainy.
Journalism is a competitive trade, but to pass yourself off as a competitor, when said competitor has just gone into receivership, and forty plus journalists are staring at the dole, is a blow lower than most. I do wonder if Dacre ever looks in a mirror, and then looks around his newsrooms and is happy at what he sees.
What the Mail on Sunday did was to put a four page wrap, complete with Sunday Tribune masthead, around what in fact was the Mail on Sunday. They called it marketing, and said they were trying to make sure Irish readers still had a choice of newspaper. It was a con pure and simple.
Once a bit of a hoo-ha erupted, it was a con which led to some newsagents removing it from their shelves. Would that everyone took a similar stance to this pernicious rag.
I am in Belfast today, speaking to students at Queen’s University, later meeting people at the Assembly, and doing far too many interviews for my own good. I went out for a run last night and you don’t have to be here long to see that despite the challenges, this is a better place as a result of the Peace Process which took up so much of Tony Blair’s time and energy.
It was always enjoyable, if always challenging, to come here – for a start, the NI story tended to detrivialise our media, the local media were desperate for us to succeed, and there were some very big characters involved in the politics here.
The eventual coming together of Ian Paisley and Martin McGuinness as the so-called Chuckle brothers remains one of the most surreal, but satisfying moments of the Blair Years. 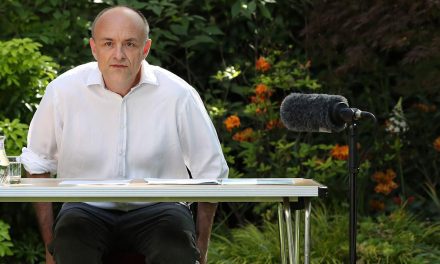 GB at his best at Citizens UK, fired with passion and conviction