I know some of you think I am overly obsessed with football, and Burnley in particular. But I normally draw the line at travelling north for pre-season friendlies. I am only going to our first of the season, at Bradford City this afternoon, to get some final shots and interviews for the BBC programme I am making about our promotion and what it means to the town.

One of the people I will be interviewing is David Burnley (name changed by deed poll) who has missed one game in almost forty years, and once so impressed the squad in turning up for a pre-season friendly in Majorca that they let him play. So be fair, I am not as obsessed as that.

It’ll be good to get a proper look at our new players, and to get a feel from the fans for their expectations of the season ahead. We will have the smallest squad by a long way, and the lowest wage bill, even if it has rocketed from Championship levels. I reckon the club with the next smallest wage bill will be spending double what Burnley do.

I had a long chat with manager Owen Coyle yesterday, who seemed very confident we would do better than the bookies and the pundits are predicting. And the buzz around the town is still there, getting stronger as the season proper nears.

I was also pleased to see a few Asian fans wearing the club colours. I interviewed one young man, Joni, who said he felt his generation felt a greater sense of belonging to the club as part of their lives than maybe his parents’ generation.

A brief word on the Barack Obama ‘ass man’ picture. If you’ve read my diaries, you’ll know there were times when both TB and I would find ourselves challenged by feminine beauty in the kind of way that have women rolling their eyes and telling you to grow up. I also recall a Nato summit in Madrid when Bill Clinton joined us in being distracted by a host of spectacularly pretty and well-dressed hostesses. So Obama would appear to be following a well-worn Presidential path. But hold on — I think he was looking at something on the floor beyond the young woman’s posterior. Sarkozy’s eyes are the ones to watch. 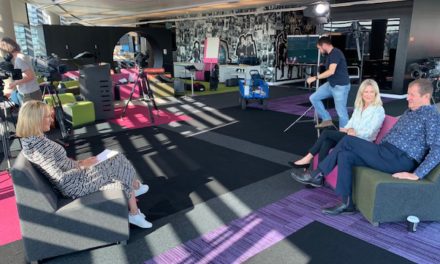