If diplomacy is war by other means, sometimes the same can be said of sport, which is why an India-Pakistan cricket match has long been on my list of ‘must see before I die’ sporting events.

The appetite was further whetted by the sight and sound of the Indian support at the Twenty20 clash with England at Lord’s. Whatever it took to get the bulk of the tickets once it became known who was playing yesterday, the Indians did it. Where we were sitting in the Mound stand, we were in a tiny minority of non-Indians, and the same went for most sections of the ground.

All the more credit is due then to England for their narrow win. I see captain Paul Collingwood said he used the sound of Indian boos greeting their arrival to crank up the pre-match motivation, but it could so easily have gone the other way. It cannot be nice playing a home game which feels like an away match.

At one point, with the noise reaching football match levels, the Indian supporter next to me pointed over to the Lord’s pavilion and asked ‘I wonder what the old MCC types think of this.’ Probably, when the Twenty20 revolution started, not a lot. But though it may not be cricket as the traditionalists prefer it, it is fantastic sport, and fantastic entertainment.

… talk of revolutions allows me to move effortlesssly from India to Iran. Regular visitors will know my respect for British reporters is not as high as it was in the days when I wanted to be one, but there is some terrific reporting of events in Iran today.

I have only seen the Times and the Guardian, but both contain some first-class on the ground accounts from Martin Fletcher and Ian Black, as well as analysis from experts in London. The sadness is that as the post-elections stiuation unfolds, the chances of seeing such reporting in the coming days diminish.

Iran only allowed foreign journalists in on ten day visas so that they could see Iranian democracy in action. Now that they are describing the reality of that, the attempts to stifle dissent, and the persuasive suggestions of electoral irregularities, visa extension seems unlikely.

It is a reminder both of how important good journalism is, but also of how much some in the prevailing media culture here take for granted as they routinely refer to Britain as a police state, a surveillance society devoid of real freedoms.

… and finally, if you want to see a witty, well-written ‘letter to the editor’, read Labour MP Kim Howells’ offering in The Times today. He probably shouldn’t have written it, as whilst intended to call for an end to division, it rather opens a new divide, as he urges the younger members of the Cabinet (‘Assisted Places Scheme’) to ‘put a sock in it.’ But it is funny, even if he takes a pop at blogging and tweeting. Off to tweet about the blog now, then call Kim. People say there are not enough characters in politics. Kim Howells is a character. 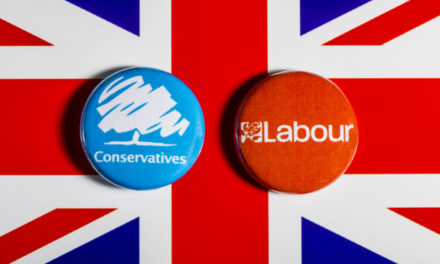