A changed, more peaceful Northern Ireland is one of Labour’s proudest achievements. It has been wonderful, in recent times, to visit the place and find yourself talking to people about the weather, football, books, house prices, not the bombings and hatreds that defined Northern Ireland for so long.

So there is something really depressing about the spate of attacks on Romanians in Belfast which has caused them to flee their homes and seek emergency accomodation. There were pictures yesterday of children looking hurt, confused, scared, a bit like Northern Ireland children used to look when the bombs were going off.

I remember Tony Blair once saying we would know we had made real progress in Northern Ireland when the police were more occupied with ‘ordinary crime’ than terrorism. I don’t know whether racially motivated crime falls into ‘ordinary crime’ – I think he had burglaries and car crime in mind – but such crimes have doubled in the last five years, from 453 to over 1,000. This is relatively high given Northern Ireland has a smaller immigrant population than most parts of the UK. Poles and Slovaks have also been subject to racist attacks, but it is the Romanians who are getting hit hardest.

It could be that these attacks are just another signal that economic problems have an impact beyond the obvious, which is why the authorities are right to be so concerned, particularly in the light of more bad news on the employment front. But I was struck by a remark from Neil Jarman, from the Institute for Conflict Research in Belfast, who has made several studies of racism in Northern Ireland. He said that one of the legacies of years of sectarianism was a ‘sub-culture’, in which anyone who seemed different was liable to be intimidated.

As the Romanian consul general meeets NI ministers today, this is now a test for political leadership. Sinn Fein’s Martin McGuinness and Democratic Unionist minister Jeffrey Donaldson stood side by side in condemnation of what McGuinness called ‘racist criminals.’ I have been privy to some pretty explosive differences between those two in the past, so it was good to see them coming together over this.

… to Rupert Murdoch’s summer party last night. Lots of politicians, business people and media having lots of short conversations. It was really good to see former Spanish PM Jose Maria Aznar, with his wife and daughter. Even she was aware of, and excited about, Burnley’s heroics. It is extraordinary how the Burnley success story, and our promotion to the Premiership, has touched people. Even people who knew next to nothing about football – I think Peter Mandelson won’t be offended if I put him in this category – are aware something quite special has happened.

Just how special became apparent when the fixtures came out yesterday, and we were paired with four of the top five in the first five games of the season. Now we know why Ronaldo fled Britain – he must have known United’s first away game was at Burnley. Deportiva La Coruna probably seems easier for him.

I had a brief chat with Ed Balls, unaware that he had said on TV yesterday morning that his ‘personal’ view was that the Iraq inquiry should have been more open than the one announced by Gordon Brown. As I said here the other day, the question of whether the inquiry is private or public is not as simple and straightforward as GB’s critics are making out. But what is strange is that a member of the Cabinet, and one so close to the PM, should not be supporting him, totally, one hundred per cent, at this time, on a contentious issue. He must have heard GB’s arguments in the Commons.

Ed Balls has been at the front of the queue in calling for unity around GB, and was always quick to get on the phone in the days when I was in Number 10, if anyone said anything on the economy that veered from the GB view, so this seemed a very odd intervention. If it was a deliberate move related to positioning or garnering support, it is worse than that.

Guest blog from a young writer who has captured UK drink problem, alongside real desire for community 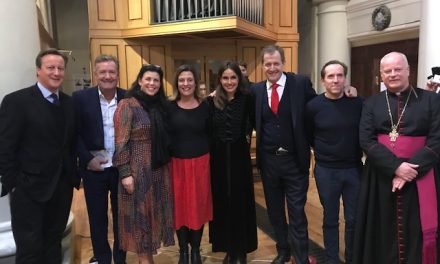