As previous postings have shown, I went to the premiere of The Age of Stupid with considerable interest and goodwill, and a belief that it would be a real changemaker.

It stars Pete Postlethwaite as an archivist in 2055, alone in a world devastated by climate change, clicking his finger on a computer to look at old footage from today. The film’s message for today is that we still have the chance to save the planet – just. The message from the future is that we failed to take it.

Woven in amid news clips, interviews, stats and cartoons are the real life stories of an Indian entrepreneur setting up a low cost airline (boo hiss), a Nigerian community devasated by Shell (boo hiss oil), child refugees from Iraq (boo hiss oil, America, Britain and the war), a survivor from Hurricane Katrina, an elderly guide to Mont Blanc, and an ecofriendly West Country businessman trying to persuade a community in Middle England to allow wind turbines in their back yard. The scene where he loses the planning committee vote, by ten to one, is among the most compelling in the film, his emotions in such contrast to the ‘Yes But’ triuhmpalists who saw him off. As in yes, I care about climate change but no, we don’t want the turbines in our back yard thank you.

Al Gore’s An Inconvenient Truth showed the power of film, albeit of a very different style, to shift public opinion and to put pressure on politicians. Indeed, you could argue that on this issue at least, the former US Vice President has had more influence out of power than he had in power.

The Age of Stupid unashamedly seeks to make similar, and bigger, political waves, with a target for 250 million viewers, and the goal of turning them into environmental activists pre the Copenhagen climate change summit.

Climate Change Secretary Ed Miliband was at the screening last night and, after the film was shown, he was warned he risked going down in history as stupid, then called to the stage to defend himself. Meanwhile a giant pledge card was brought out and Pete Postlethwaite became the first person to sign it. It said that if Labour went ahead with a new coal power station at Kingnorth, those signing would pledge to vote for anyone but Labour, take to the streets, take direct action to stop emissions at source and join a cyber shutdown of Number 10.

Then when Postlethwaite went off on one at Ed, and said he would give back his OBE if the Kingnorth decision went ahead, I don’t think I was alone in thinking the evening had shifted from argument and persuasion to manipulation and, dare I say it, spin. Ed said some very nice things about the film, but also delivered a few home truths – like the fact that if we told the Chinese they could build no more power stations, they would not even be in Copenhagen to make a deal. Another inconvenient truth. Governments have to face up to more than one.

That sense of being manipulated was confirmed when I was interviewed afterwards by the producer Lizzie Gillett. I said what I thought – that the film was powerful and compelling, in some ways not as effective as An Inconvenient Truth, and that I felt people needed to think through the logic of ‘vote anyone but Labour’ – it meant a Tory government led by someone who went green for short term political reasons and who has gone quiet on it since the recession began. She asked me to do it again, but only with the bits about the film being good.

The pledge card left a gap for one of our own. Mine, I told director Franny Armstrong, and Ed Miliband, was to help ensure we keep him in the job, and not some Tory who would never have brought in the Climate Change Act, and who would never – if Cameron’s leadership so far is anything to go by – face up to the difficult decisions that have to be taken.

When I said to Franny that the political logic of her position was a Tory government, she said if we went ahead with Kingnorth, it made no difference, because effectively we were committing ourselves to the end of the world. She said what we needed was a green government.

Fine, but if I may bastardise the Tory slogan from that short period of time when they were saying the environment was important to them, if you vote green, you get blue. Another inconvenient truth.

I wish them well with the film. It is an important piece of work at an important time. I wish Ed Miliband well too because just as the UK government played a pivotal leadership role at Kyoto, so they are likely to do the same again in Copenhagen. Public pressure is an important part of the process. So is public support. 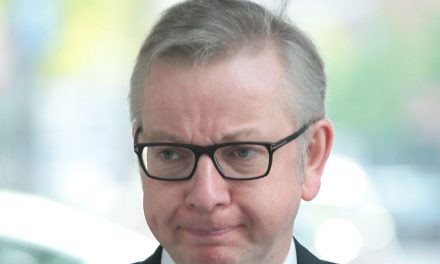 Berlin brothel leads the way to a greener world

All in this together; but some more deeply than others 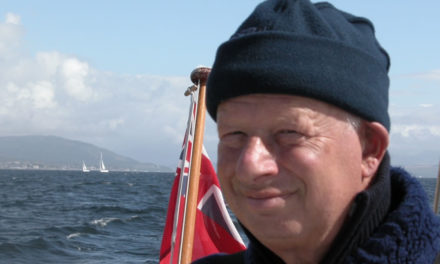