Perhaps I was wrong to twitter yesterday that I was about to sit down and watch a special screening of In The Loop, Armando Ianucci’s feature film based on his successful and often very funny TV programme, The Thick of It, but expanded into the story of the US-UK relationship in the run up to war

By the time I got home after watching Milton Keynes Dons v Huddersfield (yes, I know there was Champions League football on the TV) I was facing a rash of emails, tweets and Facebook messages asking me what I thought, whether I liked it, whether ‘Tony Soprano’ was any good in it, whether I saw myself in Malcolm Tucker, the brutal, foul-mouthed, manipulative, obsessive Prime Minister’s spokesman who is the main character?

The problem in answering is that I had twittered before the screening, but by the time I had seen it, I was subject to a double assault by the spin doctors of both the film-makers and the BBC. Let me say first that, unlike Ianucci (and this gives nothing away if you’ve seen The Thick of It) I have some sympathy for spin doctors trying to generate good coverage for their boss, in this case him. They got fabulous coverage for him at the recent Sundance Festival so I hope he is being kind to them.

I had particular sympathy for the BBC spin doctors’ efforts to gag me, because the screening was their idea. If it is true, they thought, that Malcolm Tucker is in part based on me, why not get me to view it and do an interview on it for The Culture Show? Perfectly good idea, and me being a good sport , so it came to pass that I was sitting in a screening room with the show’s presenter, Mark Kermode, who was nursing a bruised nose after walking into a glass door and joking he would tell people I thumped him (thereby confirming the BBC assumption that Tucker was based on me.)

In fact their original idea had been for me to watch it with Ianucci and Peter Capaldi, who plays Tucker, and for the three of us then to discuss it. I readily agreed to this format but I suspect the filmmakers had assumed I wouldn’t, because once I had, the idea mysteriously went away.

So plan B – me and Mr Kermode. Nice chap, not nearly as bad as his haircut. We watched the film in comfy red chairs, then talked about it for a very long time, then I switched on my blackberry. The first email to ping up was from the film’s spin-doctor, a nice Australian woman who had introduced herself to me before the screening, asking what I thought and whether, in addition to the TV show, I was thinking about writing for newspapers and-or magazines. (You see Armando, your spin team’s wor

king away, hard at it, doing their best for you.)

But the BBC spin doctors have a very different priority. The programme doesn’t go out till March 24. So what they would prefer is that I have an article somewhere that morning, with a big plug for The Culture Show and a specific mention of when my bit goes out.

It seems this is my first experience caught in the crossfire of the battle between the instant nature of new communications (twitter, Facebook, blog, live 24 hour news) and old communications, namely TV programmes with a bit more depth which take a bit more time to make. Perhaps it is indeed the old spin doctor in me, but also the old journalist, that makes me side here (hold on to your hats) with the BBC.

I have had plenty of other offers from other media outlets to review the film, but my old colleague at the Labour Party, Eddie Morgan, now executive producer at The Culture Show, (may as well throw in a Labour-BBC link to get Paul Dacre at the Mail violently scratching into his back) was first to ask. Eddie worked very hard to make the original idea work, and was very disappointed when it fell through, so I felt it was only right for me to do a second best version (no offence to Mark K).

It would not have been my first meeting with Ianucci and Capaldi. We were seated together at last year’s Channel 4 awards, when I won something for The Blair Years and they won something for The Thick of It . Perhaps it was the shared pleasure in picking up a piece of glass with a Channel 4 logo on it that made it a pleasant evening all round. They were both very funny off screen as well as on, and from memory I think Capaldi had sound views on education, which is always endearing in a member of the metropolitan middle classes.

So I guess this is all just a long-winded way of saying sorry if I teased my Twitter followers and Facebook friends yesterday, but I will have to keep my review views to myself (and the BBC team who were filming it) until March 24.

And if I may defend the BBC once more (now you are beginning to faint, I know) my sympathy for their position is underscored by one of the other projects I am involved in, my guest editing of the New Statesman next week . Incidentally, order your issue for March 19 now, because it looks like it could be the best they’ve ever had. (Tucker book of spin chapter 3, section 2 … if you’re confident in your product, say so before you say why.)

I have all sorts of great ‘products’, as media people call them, but I want to keep quiet about them until the right moment. You see, one media man’s right to freedom of information is another man’s right to hype … something spin doctors in the film, TV and newspaper industry know all about.

Good progress by the way, on the survey of national media editors and the choices they make for their own chidren’s schools. Responses in from the BBC, ITV, Sunday Times, Guardian, Independent, Telegraph, Star … a few notable absentees in there. Come on Mr Dacre, it won’t take long. I read somewhere the other day you were a great believer in freedom of information. Or does that only apply to people deemed by you to be in ‘public life’, not people of vast wealth and some influence who peddle prejudice and poison into public life on a daily basis?

Who would play Dacre in a movie? A blog thought for a rainy day. Must rush, got a meeting with a man about a film I’m planning on making. 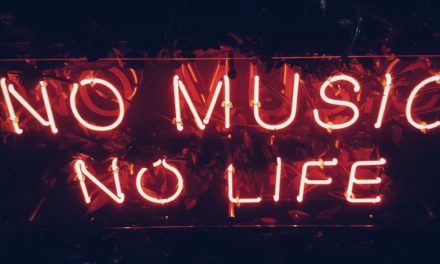