When Ken Clarke was Chancellor, civil servants (and the Prime Minister) used to complain you could never get hold of him at the weekends, and that he would often spend much of Monday travelling back from his constituency without a mobile phone. However irritating this was for some, it all helped build up the image of Ken as a nice, affable, real person amid the boring grey suits, with his hush puppies, his smokes, his love for jazz , football and bird-watching all adding favouraly to the human mix.

I’m all in favour of politicians having a hinterland, and Ken has more than most. But I think there is a problem with the basic workrate of the shadow front bench, from David Cameron down, and I have a hunch that this, rather than a big ideological divide, is what lies behind Ken’s weekend comments on inheritance tax.

It provoked a few small headlines (compared with the raging infernoes we had to deal with in Opposition whenever a frontbencher said something a little out of line on tax) about the Tories being in turmoil over tax. Ken said what he said on TV, out went a clarifying statement from Central Office, followed by a sort of clarifying statement from Ken.

But my hunch is that rather than revealing a big split, he was making it up as he went along. The key quotes which caused the mini-flurry start with the words ‘I don’t think we are going round any longer saying this [planned inheritance tax cuts] is something we are going to do the moment we take power.’ Note the words ‘I don’t think’. Not a good start. ‘Going round …’  … getting vaguer and vaguer.

It is hard to imagine Ken did not think the question might come up. So why did he not have a clearer answer? Answer, possibly, because he is still not quite sure what they are meant to be saying. Any why is that? Because the shadow cabinet under Dave is not pinning down detail of policy. When they go on the TV, they expect to be able to get away with a couple of clips playing into whatever anti-Labour story is running at the time. They are not boring down into the inconsinstencies and inadequacies of their own policy positions.

In a day or two, this little flurry will be forgotten. But in an election campaign, what happened yesterday could have been of serious significance. Ken’s appeal to the public is exactly what could make him a liability for Cameron. But it is Cameron, in the end, who has to face up to these difficult policy decisions and get them fixed so they are clear. If his own shadow cabinet doesn’t know what his plans are if he becomes PM, then what chance do the public have?

Talking of little flurries that will be quickly forgotten, apparently Mail on Sunday ‘left-wing’ columnist Suzanne Moore has resigned from the New Statesman in protest at my guest editing of the magazine last week. This came as a shock to the real editor, who was seemingly unaware she had a position to resign from.

I have not read her reasoning, as I do not allow the Mail on Sunday in the house, on the same grounds as I don’t allow the dog to crap on the carpet. But I see from one of the other papers that she felt she had to resign from whatever position it was that she thought she held because this was an important principle, as the Statesman was opposed to the Iraq war.

Do we assume from this that she supports every policy position outlined by the right-wing rag in which she now peddles her wares? All those yummy celeb cellulite pictures, all the MMR coverage that helped bring about measles, all the attacks on state schools and hospitals and the attempts to portray Britain as a basket case third world country in which to take a walk down the High Street is to risk being mugged and raped by black, benefit-cheating, lesbian, disabled asylum seekers – oh how firm must be the principles she is standing up for? Oh how warm will be the glow she gets when Mail Obergruppenfuhrer Paul Dacre pats that lovely head of hair and says how brave she is to take such a principled stand.

Cameron, Osborne, Hunt should watch tonight’s Panorama to see the gap between their words and their country 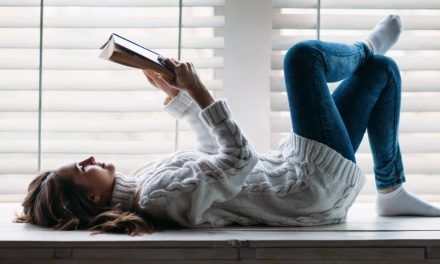