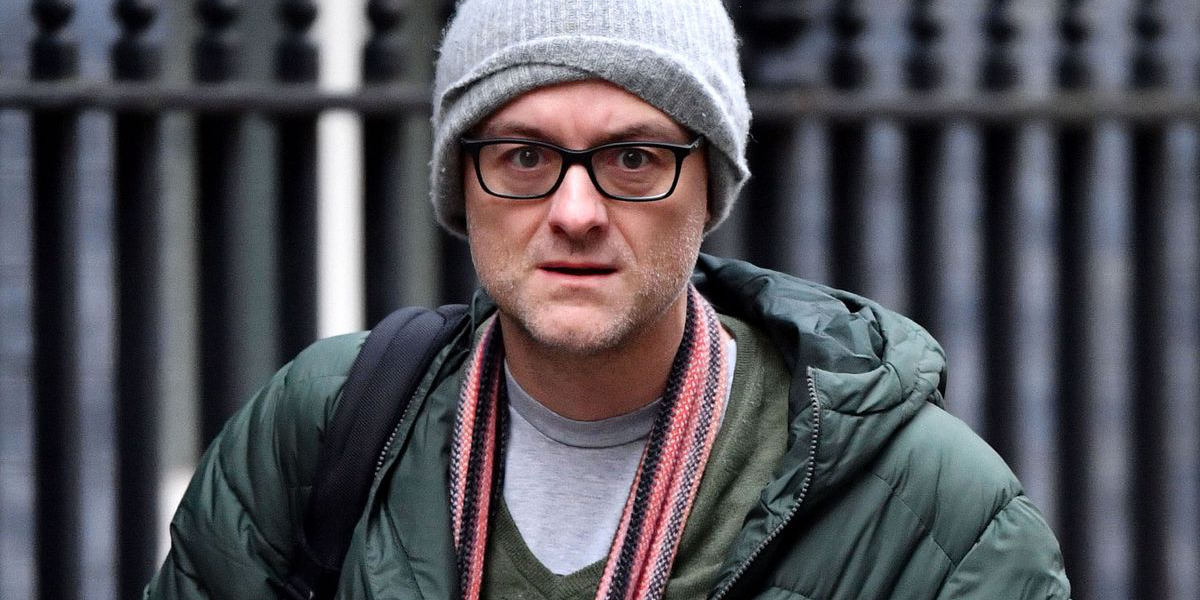 En route to the Serpentine with Fiona for a swim this morning, I was stopped in Hyde Park by someone who introduced himself as a civil servant. He worked for one of those ministers who had yesterday tweeted out their support for Durham Dom as part of ‘Cabinet Operation, Nodding Dog Obedience.’ (CONDO, not to be confused with COBRA, to which Boris Johnson gives far less attention, and would certainly not disturb his weekend).

‘Keep going,’ he said, referring to my attempts to expose the charlatans in power under Chief Charlatan Johnson and Deputy Chief Charlatan Cummings for what they are. ‘However bad you think these people are,’ he added, ‘believe me, they are a lot worse.’

As I found when working in Downing Street, the civil service across Whitehall and beyond is full of basically decent people, some a bit low energy maybe, some truly exceptional, the majority good loyal people dedicated to the country and to their work. For political animals like me, it is sometimes hard to understand how you could work one minute for a Tory, the next a Labour minister, but good civil servants can, because they are able to separate politics from policy, personalities from ideas, and without that our system would not properly function.

So when I asked this guy how he coped with ‘these people,’ if they really are that bad, he said he might one day decide to give it up, but until that day, ‘I just have to get on and help the best I can.’

It is a story I hear pretty often; that the government under Johnson doesn’t really function as most imagine that a government might do, even those who work inside it; that civil servants are exasperated at the low standards of much of the work of special advisers and ministers; that basic decencies and respect for the civil service are largely absent from ministers and their political advisers; that few of those ministers have made much effort to get political and non-political advisers to work together; that the ones who do are seen as ‘a bit soft,’ because it means they are not buying into the Brextremist fantasy that the civil service is riddled with Remain plants and infiltrators; and, as the Foreign Office discovered when Johnson was there, they are not terribly interested in the detail of the big issues and challenges facing the country and the world.

Today was something of a rarity for Johnson. Working on a Sunday; and facing, though not answering, questions. He was, he told the country, ‘so determined’ to come and answer the questions about Cummings, and put at rest any suspicions people might have that there was one law for them and another for the people who had put them in power. If only he had been ‘so determined’ at defeating the virus.

There were several low points, but among the lowest … the suggestion that Cummings was motivated in travelling to Durham not just by his paternal instinct, but to stop the spread of the virus; and the observation that it was some kind of nationalist free for all around the world that led the UK to have a shortage of PPE … it was, in fact, that we were woefully unprepared and that as other countries stepped up, he went off on not just one but two holidays and when he finally came back it was to shake hands at rugby matches and in hospitals, and wonder what all the fuss was about.

People would not perhaps mind this recent episode so much if they felt that we were being well led, by an honest, hard-working, dedicated leader with his heart in the right place, and that he was surrounded by effective, capable, competent ministers and advisers, together ensuring that all that needed to be done to get us through the crisis was properly being done, most people would not give a damn about Dom.

But millions do not feel that. They feel this is becoming a total shit show, and many more have died than should have done because neither Johnson nor his Cabinet or advisers are up to the task in hand. Add to their deathly arrogance and incompetence the lying, the hypocrisy and the sense of an elite that believes there is one law for them and another for the people who elected them, and you have a political meltdown in the making. If it sweeps this bunch of liars and chancers away, it cannot come a moment too soon.

Johnson’s hope now is that the media will tire of answering the same questions and covering the same story, and the public will lose interest too. I think they underestimate just how much this has cut through. There is barely a person in the country who has not been able to do things they want to do, and see people they want to see, but who have not done so, because they are decent law-abiding people who think in a time of crisis you should listen to and follow government rules. To see Johnson defend someone who has not done that, purely because he works for him, is viewed widely as obscene.

He thinks he can get away with it because he will hide away again now, there is no PMQs this week, and he hopes that if it is a nice day tomorrow, people will be more interested in enjoying the Bank Holiday than worrying about whether or not Cummings went to Barnard Castle.

But never underestimate the power of the concept ‘Lions led by donkeys.’ It emerged from the First World War, where incompetent and indifferent generals – the donkeys – were blamed for the deaths of so many young soldiers – the lions.

From Johnson down, the government has sought to make Covid their big war, with the talk of heroes and frontlines, resilience and resolve. faux Churchillian addresses to the nation. Plenty of heroes have died on the frontline, and thousands more have died elsewhere because the ‘generals’ in Downing Street got so many of the big calls wrong.

To them, politics is a game. It’s about what you can get away with. Who you’re friends with. The tragedy is they were elected having conned the public into thinking they would stand up for the people against an ill-defined elite. They are the elite. They have contempt for people, and contempt for truth.

Some of the reasons I worried about Johnson getting anywhere near power were played out live on national TV, and followed around the world today … he is a liar, he is a hypocrite, he is someone devoid of public or private morality, he is an elitist who believes rules are for the governed not the governing. I was not remotely surprised he stood by Cummings. Indeed, I wrote yesterday, that he would not sack him, precisely because they are both liars, both hypocrites, and because he is so incompetent as Prime Minister.

I disliked a lot of what Margaret Thatcher did as a politician. But I didn’t despise her. I disagreed fundamentally with a lot of what she stood for. But I never felt ashamed to be British when I saw her in action. I felt ashamed to be British today, and fearful of what we will become, unless people really wake up to the reality of ‘these people,’ and the fact that, as that civil servant told me this morning, however bad you think they are, they are far worse.