Jamie Carragher – the best manager football will never have 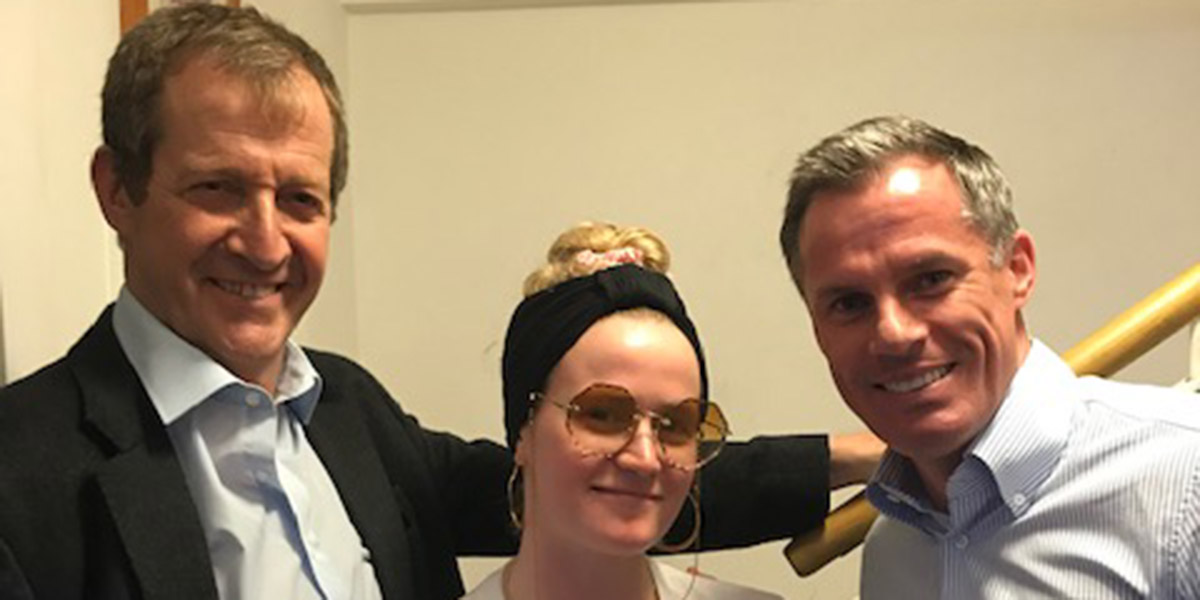 Jamie Carragher was one of those footballers I always hoped would see out his playing days at Burnley – or ‘Bairnleigh’, as he pronounces it. And I reckoned that once he had clocked a couple of seasons for us, and his legs finally went, he might end up managing us for a while, en route to becoming manager at Anfield.

Meanwhile however, we have landed the living legend that is Sean Dyche as manager, and long may he stay with us, and Liverpool have the wonderful Jurgen Klopp, whose securing of the club’s sixth Champions League title ensures he is loved on the red side of Merseyside for the rest of his life and well beyond. (Both, by the way, want Brexit to be stopped, as does Carragher … good people all.)

But it still begs the question why Carragher has never gone down the coaching and management route. It was one of many questions I was able to put to him when my daughter Grace and I talked to him for Episode 3 of our podcast, Football, Feminism and Everything In Between, which is out today.

On this, and on so much else besides, he was a fascinating listen. Even Grace, who alas fails to share my and her brothers’ obsession with football, has been raving about him ever since. And that was despite having her advance opinion largely conditioned by the infamous spitting incident of last year. Of which more later.

But let’s start with management. He admits that when he was a player, if team-mates had been asked who was more likely to become a manager, him or Steven Gerrard, now managing Rangers, ‘99percent would have said me.’ He reckoned he could hold his own talking to any manager in the world about football. He was obsessed. He loved everything about being a footballer, and assumed he would go into coaching and management when he had to stop. ‘What would you do if there was no football? What would you do with your life? It can take you to places that normal life can’t.’

When it came to it though, he did his coaching badges, and realised ‘I didn’t enjoy it.’ He hated the stop-start nature of coaching sessions. But he also realised that many footballers do not share his passion for the game, and he felt he would not be able to handle players who saw football merely as a job.

It always comes as a shock to football fans, but a lot of players don’t really like football. They do it because they’re good at it. They do it because, if they are very good at it, it gives them a great living. But Carragher was one of those players who lived and breathed football every minute of every day. He tells us about how shocked he would be to arrive in the training ground dressing toom on a Monday morning, talk of a big match he had watched on the TV the day before, United v City, Spurs v Arsenal say, and discover several of his team-mates had not bothered to watch it. ‘What else were they doing at four o’clock on a Sunday afternoon that could be more important?

‘I am not sure I would be a great manager. It would be difficult if the players did not have my commitment and passion. I was very intense as a player and like I said it can take you to places nothing else can but it can also take you to dark places. I thought like a manager. If I had a bad game, for two three days I didn’t think of anything else.

‘When I played for Liverpool at our best we were one of the best five six teams in Europe, I would tear my hair out at some of the players, not their ability but their decision making. I was not a superstar, not an amazing athlete, but I had a good football brain.

‘I nearly had a fight with my own player on the pitch, Alvaro Arbeloa, got him round the throat on the pitch. I was very aggressive on the pitch and not just tackling but my mouth. I wanted to win that much.’

But there was another reason he chose eventually to forego coaching for punditry – he saw what management did to people he liked and admired.

‘The two biggest mangers for me were [Gerard] Houllier and [Rafa] Benitez – for six years each. They were two biggest influences on me. I loved them. Respected them. But the man who came in was not the man who left. It broke them, made them paranoid, made them make strange decisions. Things they come out with in the press, they say something and you think “oh my God, you’re not the same person.”

‘A lot of managers become bitter then get the love back, go back in. But when things are not going well, you see a bitterness.’ As for different man management styles in football, compare Klopp’s evident love for his players with this, said without bitterness, about
Benitez. ‘Rafa never paid me a compliment the whole time he was there.’

The intensity of the man’s passions, I imagine, is what led him to lose the plot when goaded by a Manchester United fan as they drove away from Liverpool’s defeat to their greatest rival. Grace raised it, sensitively, in the context of the impact on his family of the storm which followed, and the fear aroused in her whenever she has witnessed people trying to wind me up in public. Carragher knew the moment the spit left his mouth that it was a terrible mistake, and that was even before he realised there was a young girl in the car. ‘It will haunt me for the rest of my life,’ he said, and it is clear from the way he talks of it that it will.

‘We were devastated by it really. You go back and you think of the aftermath, the interviews, the apologies, you think “how did you get through it?” You just do

‘I am not someone who is permanently trying to blame someone else. I didn’t do that as a player. I made a massive mistake. The world we live in now, for people in the public eye, people complain about intrusion – I never would. We are in a privileged position, we earn a lot of money and anyone who tells you it is not a great life, they are telling lies, when you think of the hardship lots of people face.

‘We are all in whatsapp groups, social media, we get sent funny videos every day, don’t we? He is trying to get a funny video of me. I had never reacted like that before. I had come out of the game, I was driving along, I thought he was a Liverpool fan, I wind down my window to say ‘Hi,’ I get a bit of abuse, a normal fan gloating about the win, he does it again, and I just snapped. Can I explain why? No. If I could take that back, I would. It will probably haunt me for the rest of my life. It took me six to 12 months to get over it. I am not that type of person – but in some ways I am because I did it.

‘I have got a history of reacting to things. I don’t like the fact that sometimes in a position of a public figure and they think they can take the piss or you are not a normal person. I once rang a radio station when someone questioned me. As a player, I played on anger and aggression. Listen I got great support at the time. I had to apologise, I did, I meant it, I spoke to the guy involved two or three days later. To be honest, I think they regretted it as well. The thing that kills me is the bit about his daughter … “you spat at a girl”… when someone says that it kills me. The guy was just leaning across I didn’t see who else was there in the car, I lost my head.

‘As soon as I got home told my missus, it was like “oh my God.” We were Devastated. I still am. I get reminded of it from time to time. Over a body of work over your life we all have things we regret and that is one of mine. I am not a bad feller.’

There is plenty more to enjoy beyond spitting and why he never became a manager.

His views on mental health and sports psychology.
Why he loves battering Gary Neville.
Why Scotland has produced so many great managers.
Whether a woman will ever manage a top men’s team.
Why his Mum’s Instagram makes him laugh.
How he is harder on his son than his daughter.

And there is plenty of politics too. He is still a socialist, likes Jeremy Corbyn but wants him to come off the fence on Brexit, and fight it. And he warns Boris Johnson that he wouldn’t last two minutes in Liverpool.

Guardian sightings and the email and bath plug agenda 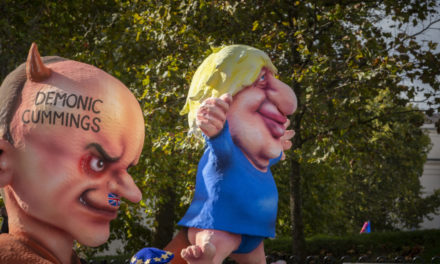