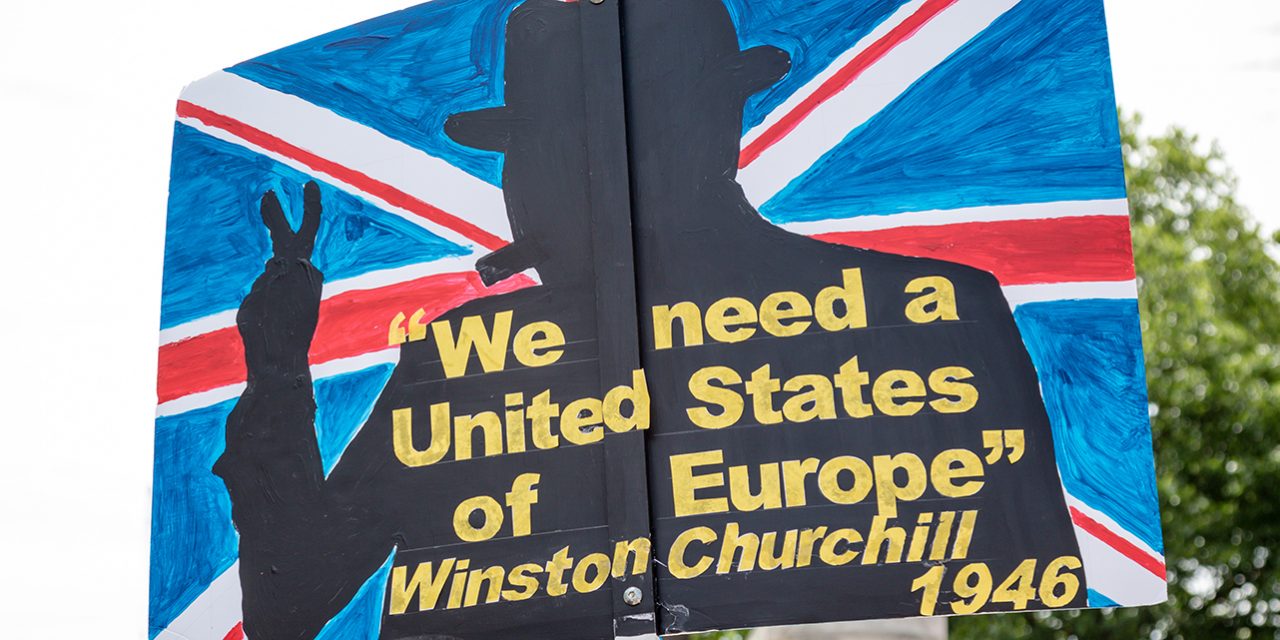 (The Evening Standard is today running a short version of this article, (George Osborne just can’t resist cutting can he, whether it is words or public services). It is about the issue of the European elections which we will have to hold if we are to get the long extension that will be needed for a People’s Vote, or indeed any route to stop the madness. I have been thinking for some time we shouldn’t be fearful of the Euros. But the remarkable march on Saturday confirmed me in that view.)

LABOUR COULD FACE THE EUROS WITH CONFIDENCE DESPITE CORBYN FACTOR IF …

It says much about our politicians’ view of the collapse of public faith in politics that fear of democracy is now at the heart of the Brexit debate in government and Parliament.

‘Can we have a referendum on the outcome of the negotiations,’ ask the public, in their millions? ‘No, no, no,’ wail ministers and MPs, for there is a risk that with the Brexit that was promised undeliverable, the Brexit negotiated by Theresa May polling at or below Donald Trump and Saudi Arabian human rights, a referendum might show that the will of the people has changed. Can’t allow that now, can we, people? Not now you all know so much more about what Brexit actually means. Leave it to us. We’ll sort it.

As for the arguments used against a final say vote, gone are the promises of a stronger economy, more money for the NHS, Britain ever more powerful on the world stage. One by one, lies, myths and fantasies have been exposed as such, and now they are left with this … ‘there isn’t time to have a referendum, because to get that time we would have to commit to hold European elections.’ We can’t have a vote – because it would mean having a vote.

That’s it. That, and the old hardy annual, ‘we’ve survived worse, we will get through it,’ with a bit of ‘I’m sure we will stockpile enough bodybags before the borders clog up,’ thrown in.

This fear of democracy, especially with regard to the European elections, straddles both sides of the Commons. But why? Why do we assume they will be so terrible? Is it just because editors keep sending crews to impoverished towns and finding a handful of people to echo the Brextremist line/lie that 17.4 million people knew exactly what they were voting for, namely crashing out without a deal, when in truth every prominent campaigner, when parading their populist slogans and glib solutions in their dishonest and crimimal hunt for referendum votes, said that would simply never happen?

Is it because Nigel Farage makes ludicrous claims about how well his new Party will do when he can’t even fill more than a busload to join him on a march, whereas the People’s Vote campaign has shown it can mobilise in the millions?

Even on Saturday’s march, I saw that same fear in the eyes of some Labour MPs, even those desperate for a People’s Vote.’ Can’t we get PV done soon, so we don’t need to have them?’ But, listen, I said, if you want to stay in the EU, and you accept the public have to be able to make that choice, up against a deliverable version of Brexit, then you don’t just want the European elections this year, but in years ahead. Why are we, who are winning backing for the People’s Vote because we see more democracy, not more Parliamentary shenanigans, as the process, scared of what would surely be, for the first time in our history, European elections in which the public can be as energised as for a general election? I could cite polling too, which shows people who voted Remain in 2016 are far more likely to take part if the Euros go ahead.

There is a lot of talk that a general election will be needed to resolve the crisis. I am not convinced that it would. Both main parties have struggled to agree a Brexit policy on which leadership and membership can campaign in unison. Brexit is now so defining, so dominant in our politics, it is too big just to be wrapped up with everything else. Added to which, the betrayal narrative for which Farage and other Brextremists have been yearning, since June 24 2016, will never be defeated unless a specific vote on the specific issue of Brexit is carried in favour of staying in.

So what would a general election achieve unless there was absolute clarity of choice between the two main parties? There is also an elephant in the room here which, given one of the main goals of the People’s Vote campaign is to get Labour more actively backing one, as Tom Watson did at the march, and Keir Starmer has done too, I am hesitant to raise. But raise it I must. Jeremy Corbyn.

I spend a lot of my time in the North of England. Not just for football reasons home and away with Burnley, though that is a part of it. But, for example, at a dinner in Macclesfield on Friday, a fundraiser for a charity for the blind, as one of our former players, Dave Thomas, has lost his sight. The Q and A inevitably got onto Brexit. This was an audience of all parties and none, young and old, a few well off businessmen but in the main a mix of decent working- and middle-class people.

Some around the leadership comfort themselves by blaming Corbyn’s poor ratings on a hostile media promoting anti-semitism as the main Labour story, and the loss of working class voters who fear that Labour are pro-Remain and trying to take Brexit away from them. I wish that were so of Mr Corbyn. On the contrary, I think he is doing his best, not necessarily for reasons of which I approve, to make Brexit happen. Also, a People’s Vote poll of Labour’s heartlands showed that Labour voters in the North back a second referendum by three to one. Labour would gain not lose support by a more aggressive anti-Brexit stance.

The main reason Labour are doing so badly, and there is not an MP or candidate unaware of this, is the Corbyn factor. Like it or not, Labour must face up to the sense that the public appear to have made up their minds he is not a Prime Minister. Nor, we have learned to our cost, is Theresa May. But that will not be the choice next time. The Tories are not spoiled for choice but nobody should underestimate the boost they could get under a new leader with a new strategy on Brexit.

European elections provide a very different context to that of a general election. We are not electing a Prime Minister. I must be honest about this: I have voted Labour in every election of my life, but if I thought my vote was the difference between Corbyn being PM or not, I would find the pencil hovering. My partner Fiona, a Labour member even longer than me, has gone further. She has decided, because of his stance on Brexit, failure to tackle anti-semitism, and her view that the Party does not have a serious domestic policy agenda beyond headlines and homilies, that she cannot vote for him to be PM and so has left the party.

But at the European elections, provided Labour stand on a clear commitment to campaign for a People’s Vote on the outcome of the Brexit process, with the right to Remain, neither of us would hesitate to back them. These elections can be Labour’s friend, not their enemy.

Quite a few candidates, we know, campaigned in the 2017 election with a subtle and sometimes not so subtle message, that ‘you can vote for me to be your MP, but don’t worry, we are not going to win, so Corbyn won’t be PM.’ I voted Labour mainly because I saw it as the best way to stop Mrs May getting the landslide she thought she would for her so-called Brexit plan. Many a time since I have been annoyed by the claim that 80percent voted for Brexit. I didn’t, and nor did thousands of Labour members and supporters on the march.

But how can any politician, witnessing the turnout and the passion on Saturday, not comprehend the remarkable electoral opportunity open to whoever is credibly and with conviction able to tap into that? By calling out Brexit for what it is, and the politicians who delivered it for what they are; by calling out this hopeless, reckless Prime Minister and her weak, divided Cabinet; and by saying to the people that they must have the final say.

Only when that is done, hopefully with a hard fought win for staying in, can we even begin to start healing the divisions, and addressing the real, huge challenges facing the country, which are being made worse by the mess, the division and the uncertainty of Brexit, a good version of which simply does not exist.