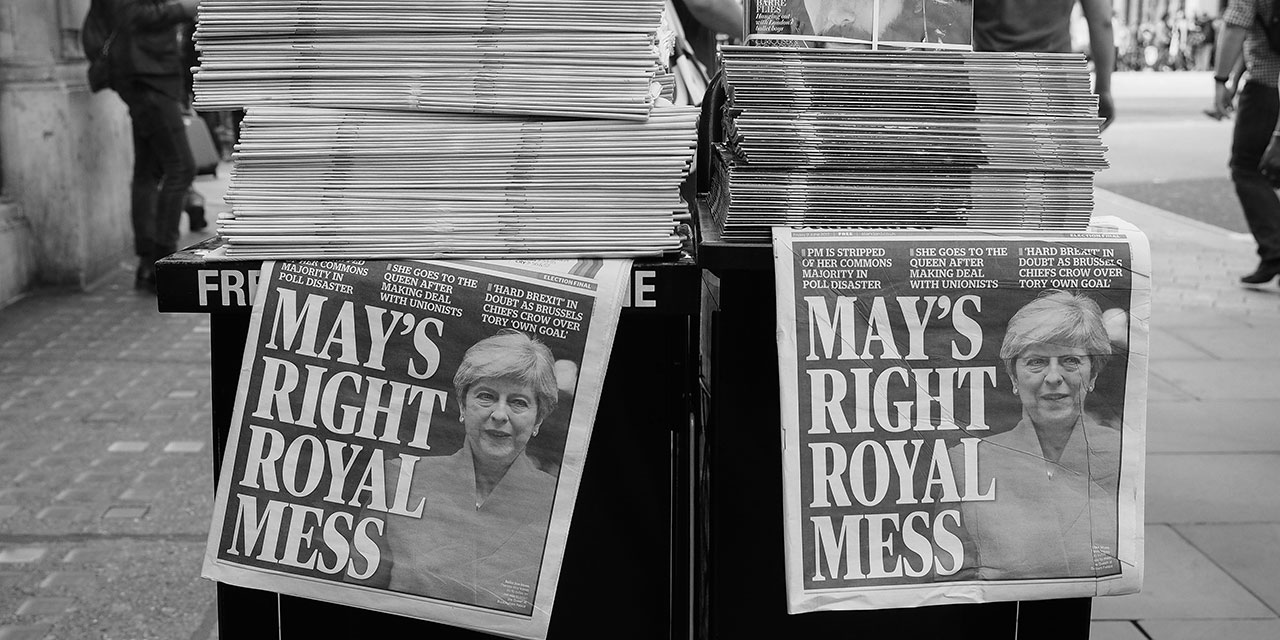 — Here is the piece I have done for The Guardian today, on why the week ahead is so important, and why Tuesday should all be about Mrs May.

Here we go again. Another big weekend of political speculation ahead of another big vote in Parliament. Cue the TV talking heads  endlessly telling us ‘this really is crunch time … again.’

Amid the noise and the millions of words said and written about Brexit, and the many interviews with ministers constantly telling us ‘the Prime Minister has been very clear about this,’ in truth very little is clear at all. But this much is as clear as can be – Theresa May lost the first ‘meaningful vote’ on her withdrawal agreement and the accompanying political declaration by an enormous margin of defeat; and the changes she said she would fight for in further negotiations in Brussels have not been forthcoming. This time, for once, she would be right in saying ‘nothing has changed.’

She won’t, of course. The Prime Minister will hope that people and MPs are not across the detail of her deal, that with a bit of repackaging she can pretend that there has been an advance in her direction, that support can move the same way. To talk to those on the other side of the negotiation tables around Europe is to understand not only that nothing has changed, but they have not been terribly clear about the changes that were being demanded. Attorney General Geoffrey Cox may do a good Rumpolian turn as Mrs May’s party conference warm up act. As a negotiator he has left an impression more of blustering buffoon than Brexit breakthrough legal eagle.

So where does this leave the MPs when they are asked to take part in the second meaningful vote on her deal on Tuesday? This much is clear about that – those who voted against her on the first occasion are going to have to swallow an awful lot of words if they are to change their minds and join her in the lobbies. The debate ahead of that vote was quite a spectacle. I don’t think I can ever recall so many government MPs making interventions in opposition to a government plan.

The Irish backstop was the main reason for the opposition to her deal. But there were plenty more. And those reasons have not changed either: we know the promises made for Brexit will be broken; we know real facts about the real costs of leaving the EU; we know the deal guarantees no clarity about the future, just a crisis that goes on and on.

The only thing that has changed in the debate about the deal is the date, confirming that running down the clock – and hoping MPs will be so spooked by the dangers of no deal that they support hers – is all that’s left of her strategy.

But MPs know that if they defeat her deal – and if they remain true to their analysis of the detail they must – they can vote against no deal the following day; and that if that vote is carried, they can vote for an extension of the Article 50 negotiations by Thursday.

That the extension was raised by the Prime Minister was itself a victory for those MPs and ministers who have been clear in their determination to ensure that we do not leave without a deal. Just as she once said adamantly that there would be no snap election, she had been clear that we would definitely be leaving the EU on March 29 and there would be no need for such an extension. It looks like that bold claim will be proved to be wrong, and the decision taken out of her hands.

She has told MPs many many times that the only choice facing the country is her deal or no deal. Not least because her authority has been so weakened by the process, and theirs strengthened, they don’t believe her.

So though nobody can with certainty predict anything right now, most seem to accept she is going to lose the vote on Tuesday, no deal will be rejected on Wednesday, and an extension agreed on Thursday. So yes, as crunch weeks go, this is crunchier than most.

Mrs May had also pointed out, as a threat to her own side in the main, that the only alternative to her deal or no deal is no Brexit. That would certainly be my preferred outcome, and, if opinion polls are to be believed, that of a growing majority in the country. The will of the people may well have changed. And is it not interesting that her entire strategy rests on the idea that MPs may change their minds in a matter of weeks between votes, but she will not allow the possibility that the public change their minds over a matter of years, during which we have learned so much more about the real costs and the chaos of Brexit?

Indeed, far from it being anti-democratic to have a second referendum, I believe the Brexit that was promised has been shown to be undeliverable, the Brexit on offer is so far removed from those promises and so damaging to the U.K. that it is profoundly anti-democratic not to have one on the outcome of the wretched process the country is currently enduring.

Labour MPs Peter Kyle and Phil Wilson have won considerable support for their suggested amendment which would allow May’s deal to go ahead – removing the threat of a no deal departure – provided it was subject to a confirmatory referendum with Remain on the ballot paper. They have won respect too for the manner in which they have taken it forward – in the spirit of genuine compromise, perhaps less absolutist than people like me and others in the People’s Vote campaign.

I have known Phil Wilson for decades, from the days when he was a young assistant to his predecessor as Sedgefield MP, Tony Blair. Peter Kyle is one of the most impressive of the 2015 Labour intake. They are both smart political operators.

But I hope they will not push their amendment to a vote on Tuesday. I think the public needs to see very clearly that even though the ticking clock may have reduced the majority against Mrs May’s deal from the stratospheric level 230 of January, it continues to lack the Parliamentary support needed to go through.  The focus really must be on her deal and her deal alone so that its full weaknesses, and the failure to win the alternative arrangements she promised, can be debated and exposed. There will be People’s Vote supporters who think it is important to show that backing for a referendum is growing not just among the public but among MPs. The day for that will come. It is not Tuesday which must belong to Mrs May being made to see her deal will not – and cannot – fly.

Nor should we confuse the case for a People’s Vote with the debate about an extension which will come on Thursday. Some are already agonising about how long that extension should be for but, in truth, the size or length of it matter less than the purpose. The PM will want a short extension so she can pretend that with a few more weeks and another meaningful vote everything and everyone will fall into line. More delusion. The purpose of the extension must be to force the government to confront the decision they have been avoiding ever since her Chequers  plan exposed the depth of the splits in Cabinet: does it want a hard Brexit or soft Brexit?

Only when the reality of that choice is confronted rather than avoided, when it becomes clear there is not a majority for any specific from of Brexit, will MPs who currently set their face against a new vote will reluctantly come on board and a majority will emerge for it in Parliament.

This is not a time for fainthearts or for charging in. This is a time to hold our nerve.

Thanks to the Con-Dems for making Question Time such fun