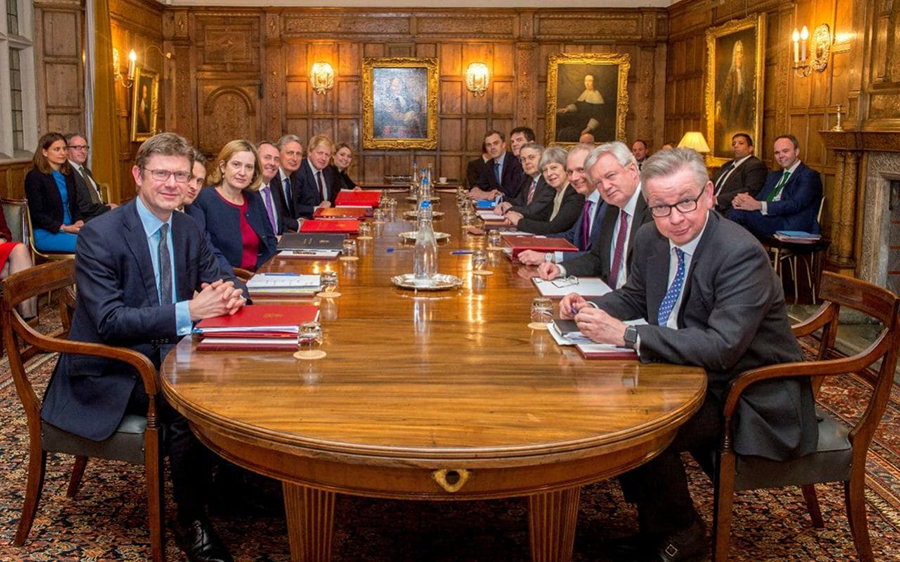 With Mrs May gathering her Cabinet tomorrow, with Jaguar Land Rover the latest big company to warn of the dangers of the government’s approach on Brexit, tonight I will get a good feel for the pulse of business when I speak at the CBI East Midlands annual dinner. Here are a few extracts from the speech I am planning to make.

I am among those campaigning for a People’s Vote on the final deal that Mrs May brings back to Parliament. Because I believe if you feel something strongly, you should say so, and I feel strongly there is a risk we are inflicting lasting damage to our economy and our strength and standing in the world, and the British people should be given the chance to say if this is what they voted for.

If you believe in something, you fight for it. And if you see others fighting for something you sense they don’t believe in at all, because deep down they know it is damaging the country, you fight even harder.

The next chapter unfolds at Chequers tomorrow, two years and two weeks since the referendum. Half an Olympiad.

To bridge the divisions among the Cabinet ministers gathering, Mrs May’s compromise solution seems to be part-in and part-out of Europe. If I am reading the signals right, it is beyond parody.

They are calling it a third way, but it would seem to be no way at all for the overwhelming bulk of the UK economy. It is unlikely to satisfy the Brextremists on her own backbenches, who are determined to leave the EU’s economic structures, whatever the cost. And far from clear if it will be acceptable to the rest of the EU.

But what is clear, and will be confirmed tomorrow, is that there is now no such thing as a good deal on offer. She has given up even pretending she can get a good deal for the country and is motivated purely by holding together her party. Her own Brexit tests are not being met. Labour’s six tests are not being met. Leave supporters say they are being sold down the river. Remain supporters fear huge damage to business and jobs and living standards.

The only way for the Cabinet and Parliament impasse to be met is by putting the deal to a People’s Vote, and also by properly addressing some of the issues that led to the vote in the first place, not just immigration, but jobs and living standards, health and education, skills, crime, transport and housing – which are being pushed to one side, neglected, because of the government’s determination to deliver something it knows will do the country harm, and no longer even tries to pretend otherwise.

On the economic front, we have gone from being the fastest growing G7 economy, to one of the slowest. Doubtless Brexit is not the only factor, but it is a big one. Bank of England governor Mark Carney has suggested the average household is already £900 worse off because of Brexit, even before we have left. This is dismissed by the Brextremists as little more than a continuation of David Cameron’s Project Fear tactics which were rejected in the referendum.

This is something else that has happened in the past two years (perhaps unsurprising given we are now in the era of populism and Donald Trump) – a degeneration in the public debate, where anything other than full-throated support for the most extreme form of Brexit is met with messenger-shooting and whataboutery. Judges who seek to uphold the law enemies of the people. MPs and peers who seek to speak truth unto power saboteurs. Businesses who dare to spell out what is happening to their firms traitors, the dogs of war of the Brextremist media ready to bark, growl and bite. Manufacturers, thankfully, are getting heads finally above parapet. Services just steadily moving overseas without fuss.

I suspect tomorrow we will get fudge, peace and harmony for a few hours, then either the EU will shoot it down, or the ERG will, or the Brextremists in her Cabinet will. And so we limp on.

But whether you voted Leave or Remain two years ago, few believe it is going well. And no one voted for a bad Brexit deal that made them and the country poorer.

The Brexiters won the vote on June 23 2016, but they have been losing the argument ever since. The Brexit they promised is not on offer. The claims made for it are not materialising. The lies told for it are being exposed. The tests set for it are not being met.

And precisely because so much has happened that shouldn’t have, and so much has not happened when they said it would, what earthly reason can there be not to put it to the test of a People’s Vote on the final deal? Democracy is a process, not a day. How can it be undemocratic to let the people have a say, once we know what that deal actually means for our futures? Democracy is not just about voting. It is about big decisions being tested in the public and Parliamentary furnace of debate. And what is anti-democratic is to try to stop and stifle that process out of a fear – justified – that opinion is shifting, fast, against the delusions, fantasies and unicorns. If they are so confident, test it.

Why I think Miliband will become PM, why he deserves to, and why that is best for Britain

With Big Society and NHS reforms in trouble, Cameron keeps press on side with superinjunctions support