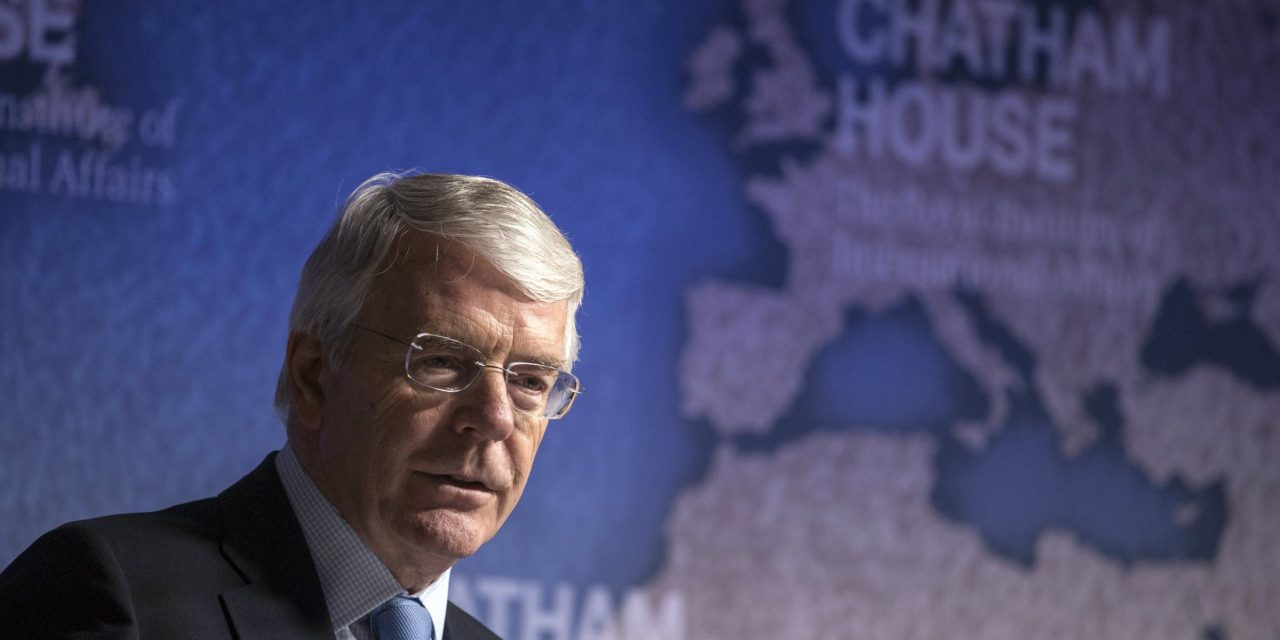 As we await Theresa May’s ‘big speech’ tomorrow, her contribution to the Road to Brexit ‘strategy,’ I throw out a question … can anyone remember anything from those ‘big speeches’ made so far in this series, by Boris Johnson, David Davis and Liam Fox? This series of speeches, like so much else on the history of the Brexit path, going back long before Mrs May, is all about party management, and has little to do with the interests of the country. The Road to Brexit series so far has been an exercise in political and news management, nothing else; it has taken us not one single further step forward on this ‘road’ they are supposedly mapping out.

Added to which, the art of the genuinely big speech, one in which big arguments are set out, with evidence to back them, careful consideration given to turn of phrase, historical reference and current political climes, is one that our politics seems to be losing. So again, just have a think … can you remember a single thing these three Brexit ministers, their speeches given huge coverage by the media, actually said?

Johnson led the way, and actually in so far as I remember his speech, it was for something he didn’t say, namely his avoidance, whilst supposedly setting out the challenges and the opportunities of Brexit, of the whole question of the border between Northern Ireland and the Republic. Incredible. Just the latest sign of a level of incompetence and a lack of seriousness that was then followed up by the one thing we can remember emanating from Johnson’s mouth recently, namely his bizarre, truly bizarre, comparison between that border, and the border between Camden and Westminster, as he sought to remind us of the days when he was London Mayor, before the world had finally and fully seen through the clown act. I am loathe to use the language of mental health in political debate, but it was hard to disagree with the Irish voice on the radio this morning who said Johnson was ‘wrong in the head.’

Yesterday, finally, we saw a proper big speech. Today we see another. The tragedy for modern politics is that they are coming from the mouths not of our current leaders, but of leaders of the past, John Major and Tony Blair.

That I have a certain regard for the speech-making and political/intellectual abilities of Tony Blair will surprise nobody. As you may have  heard on the Today Programme this morning, he can still make a complex political argument, in a way that is clear and understood, as well as  anyone. But it was Major’s speech that almost took the breath away in its breadth, its clarity, and its power. Click on here to read it in full. Share it. Send it to friends and family, whether they voted Leave or Remain. If you prefer to watch it instead, it is here in full. It should make all but the most ideological of Leavers pause for thought. It will put fire and passion in the bellies of those still fighting for a way out of this mess that David Cameron created with his referendum, and that May and Co are making worse day by day, step by incompetent step.

We should also take strength from the way the Brexit ideologues, whether in politics on their media cheerleaders, respond. If Tony Blair speaks, critics feel all they need do is say ‘Iraq,’ and his argument fades. As the full force of Major’s speech became clear, out they came … ‘grey man, ERM, Edwina, peas …’ almost anything to avoid actually responding to the main argument and the big points he was making.

In addition to it being, like Tony Blair’s speech in Brussels today, a proper analysis, rather than just the throwing out of ideological lines, in the style of Johnson, Davis and Fox, what I really liked was the passion in his reclaiming the patriotic case for a change of course. Before I had read Major’s speech, I had written something similar in my column for this week’s New European.

‘It is one of the worst aspects of this debate going back for years that “pro-European” should carry with it a sense of “anti-British.” My passion to halt the madness of Brexit comes not from a love of Europe, but a love of Britain, and a fear that we are opting for national economic, political and cultural decline in tearing ourselves out of an economic, political and cultural union that has served us and Europe well.’

Major put it more succinctly. Hitting back at the idea it was ‘patriotic’ to get behind Brexit, he said ‘it is precisely because I am patriotic than I am opposed to it.’

Judging by the number of radio stations calling today, from the UK and Ireland, asking for interviews and contributions to phone-ins, then he has clearly got people talking. That is partly what leadership is about. As Pat Kenny, one of Ireland’s best known broadcasters, just put it to me on his morning show, ‘John Major’s speech is a very significant intervention.’ I certainly hope so. It deserves to be.

This is a fight for Britain’s future, for younger generations so often cut out of this debate as it rages across the media, and it is a future we should not be prepared to put in the hands of ministers who, twenty months on, cannot agree a strategy among themselves, let alone get the country united behind one.

Just as Major’s and Blair’s speeches show up May and Co on that front, so the EU’s draft agreement, in its confrontation rather than avoidance of real problems and real challenges, exposes the weakness of our own government, and their inability to manage this in the true national interest, which requires them to bring forward solutions to those problems and challenges.

That is why Major and Blair are right that eventually, whatever Mrs May comes back with from the negotiations, the public should be given a say on that deal. It would be better if MPs did what they in the main know to be the right thing – and change course. But the politics mean it will almost certainly have to go back to the people. And once they see just how far removed from the false promises of Johnson, Farage and Co the final deal is, I am confident they will realise that if we want to shape the right future for Britain, it might be time, rather than follow the leaders of today, to listen to those the right wing media are so keen to dismiss as ‘yesterday’s men.’

Beware the detail in coalition ‘U-turn’ on school sport