If Sarkozy loses, Cameron should reflect that omnipresent hyperactivity may have been a factor

If, as is being widely suggested, Francois Hollande wins the French elections, and Nicolas Sarkozy becomes a rare, single-term President, there are one or two lessons David Cameron might try to draw on … once he has repaired the damage done to Anglo-French relations by effectively endorsing Sarko.

The main lesson relates to hyperactivity. When Sarkozy first came on the scene, it was impossible to turn on a French TV station without seeing him popping up here, there and everywhere. He was loving being President, just as Cameron evidently loves being Prime Minister. Both had a honeymoon, during which the benefit of the doubt was given. But then a few deeper realities set in: in Sarkozy’s case the sense that he somewhow lacked the dignity the French wanted in their President. The ‘bling bling’ jibe rather stuck. There was also a lack of clarity about what he really wanted for France (sound familiar?), and therefore tensions between the programme on which he was elected, and what he then did.

That one certainly applies to Cameron too, as does the hyperactivity. Last night’s 10 o’clock news was something of a collector’s item in that DC was not in the headlines. Yet still up he popped in the main story, on Abu Qatada, doing his ‘determined, do all it takes, nothing gonna get in my way’ act, which we see on several issues on several occasions each week.

He still has a media broadly suspectible to buying his arguments, but the benefit of the doubt point has been passed. The passing point was the Budget, and the succession of handling errors since. Number 10 may blame George Osborne, but it is Cameron who is being hit. If you are so ominpresent in your communications, then that is the inevitable consequence when what has been called omnishambles strikes.

As President, omnipresence is even more of a risk, and by the time Sarko calmed down a bit, the image was set, and he has found it hard to erase, particularly with Hollande presenting himself as such an obvious foil. Cameron is not President, but Prime Minister, leader of a team of ministers he would do well to try to develop and use more as the public face of the government.

I understand that Cameron himself chairs the media management meetings I used to hold each morning and afternoon in Downing Street. This is probably why he ends up deciding, day after day, that he should be the person who goes out and explains and defends whatever the Number 1 issue for the media may be. Tony Blair was a good communicator, and a huge media presence when PM, obviously. But most days, those meetings led to ministers other than him being fielded on the media. We had a whole cadre of ‘safe pair of hands’ ministers who could speak for the government as a whole, not just their department. Jack Cunningham, Margaret Beckett, John Reid, Donald Dewar, John Prescott, Alan Milburn, Tessa Jowell, and plenty more where they came from. Cameron risks becoming a one-man band by comparison, unless he starts to liberate himself from the need to be his own spokesman the whole time.

Let me tell him what Bill Clinton said to me in an interview I did with him when his book came out a few years ago. ‘Too many decision makers define their reality according to that day’s media … it is almost always a mistake.’

It is a mistake Sarko made, and one that Cameron is making. By the time Sarko realised it, it was too late. Cameron may have enough time to address it, but may find he lacks the will, or the confidence in his colleagues, to do so.

If the press are wrong about Ed, it won’t be the first time they’ve called the instant judgement badly 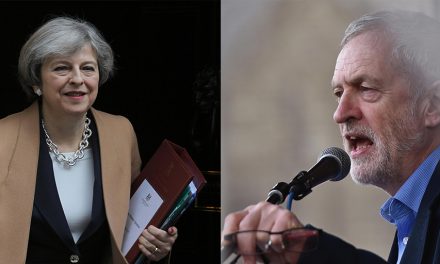 The Speaker’s wife is a credit to him, and spot on about Cameron’s Toryism