For the nth time, I will point out the difference between strategy and tactics and suggest that David Cameron and George Osborne are rather better at the latter than the former.

Watching Gordon Brown, Alistair Darling and Peter Mandelson take apart the Tories’ National Insurance deception – glad to see they were calling a spade a spade – was a reminder of that esssential Tory weakness.

They assume that if they get a good media hit out of something, they have won the day. And they think if they win enough days in the media war, they will win with the public.

Yet even with the media heavily loaded in their favour, and even with the hit they enjoyed with their NICs rabbit the other day, and the roll-out of business support, it does not appear to have had the desired efffect. And it is interesting that is they who want to move the debate away from this particular issue, and Labour and the Lib Dems who want to keep a focus upon it.

I had all but forgotten about the James Report until GB mentioned it this morning. It brought back awful memories of the last campaign in 2005 when this heavy tome was unleashed upon us, identifying all sorts of areas where government could save money and so fund the promises being made by the Tories.

It took a while, but bit by bit we pulled it apart until its credibility was gone. The same is now happening to the four page memo on which DC and GO appear to be basing their entire economic ‘strategy.’

By happy coincidence, this morning’s press conference took place against the backdrop of an OECD report suggesting the UK was better placed than other countries to emerge from the recession strongly.

That sense of recovery, and the government’s role in it, is without doubt one of the reasons why the Tories are failing to pull away in the way they had hoped to by this stage of the campaign. But the inexperience and judgement of DC and GO are also factors, as is the sense many people have of their elitism and their lack of connection with most people’s lives.

One of the most efffective parts of this morning’s event was when Alistair Darling reminded people of the serial misjudgements Osborne and Cameron made at the time the global economic crisis struck. This latest misjudgement – a promise of a tax cut without real explanation as to its funding days after saying the deficit was priority number 1 – stands in a long line. 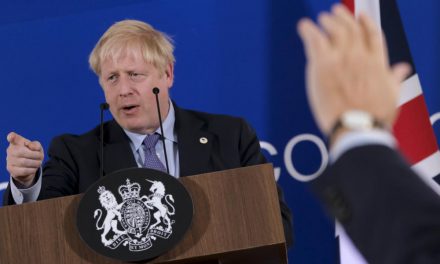