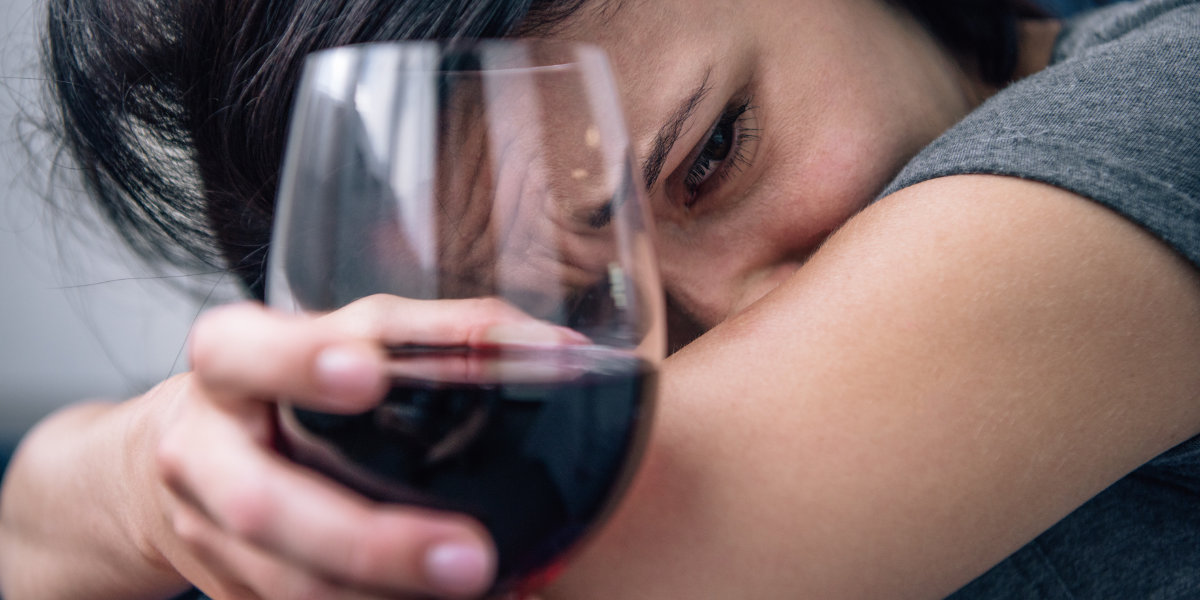 A guest blog, ten years on, from Lucy Rocca, founder of Soberistas.com

In 2012, I wrote to Alastair Campbell and asked him if I could guest post on his blog about the website I was on the cusp of launching, Soberistas.com. Soberistas was a creation emerging from my decision to become alcohol-free following a culmination of heavy binge drinking episodes that wound up in a hospital admission (I’d passed out and was unconscious on the street; someone called an ambulance) in April 2011.

Alastair kindly agreed and what followed was an increase in public awareness of our new website, and subsequently the steady growth of an online community designed to provide its members with a safe, non-judgmental space where they could share feelings, thoughts and advice with one another about stopping drinking and living life sober – no easy feat in this society. In its first year, Soberistas built up a community of 20,000 people and today membership stands at just over 71,000.

In the aftermath of my last alcoholic drink, I travelled through a turbulent chapter of introspection and self-awareness, finding out things about myself of which I had never previously been aware. I found out that I was not a party animal after all, but something of an introvert. I discovered that I had crushingly low self-esteem and experienced bouts of anxiety and depression. I acknowledged that I had PTSD, the result of a serious physical assault I suffered aged twenty and something I had buried under the carpet (or under multiple bottles of wine) for many years. I came to recognise that, with all of these things, I had, in fact, been self-medicating for over two decades with Chablis, Chardonnay and Sauvignon Blanc.

Ten years on, sober and with multiple therapy sessions behind me, including the incredibly effective EMDR which finally resolved my PTSD, I feel ok. I am in control of my life. I am happier, more stable, and able to enjoy a long-term relationship without sabotaging my own happiness and imploding periodically when a pressure-cooker style build up of past traumas and mental health challenges threaten to drag me under. I have learnt to not use alcohol to deal with all of these things. Nowadays I use running, therapy, cuddling my dogs, talking to those closest to me, working with others to whom I can relate and feel a connection with (on Soberistas and in my life/sober coaching practice), and mindfulness, as coping mechanisms for staying afloat.

What then, has ten years of running Soberistas.com and working with private clients taught me about alcohol and the way it impacts on those who drink it regularly?

Primarily, alcohol is used, in the simplest terms, as a means of escape. For some, this is innocuous – it takes the edge of a bad day or adds a certain pizazz to a celebration. But for many (and I mean, many), alcohol serves as an anaesthetic for all emotions. It’s a way of dealing with crushingly low self-esteem, unhappy relationships, financial fears, work stress, disappointment in who we have become, regrets, bereavement, infidelities, divorce and miscarriages. Alcohol is the go-to, one size fits all medicine that many of us turn to when faced with life’s most difficult challenges.

And once we enter into a place where alcohol becomes this to us – emotional medicine – we become trapped, like a wasp drawn to a jam jar. The temptation is so great we can’t resist, but once there, we realise we are stuck.

The problem with using alcohol as emotional medicine is that it brings with it a whole host of additional problems, so what started out as, for instance, stress over finances, morphs into shame, fear, eroded self-esteem, secrecy, guilt and fear. We are now living with a burden of knowledge that we are losing control over an addictive substance, but such is the judgmental position of the world we live in when it comes to those who do not ‘drink responsibly’, we feel powerless to do anything about it. We can’t mention it to the doctor because social services may be called. We can’t tell our friends because they may look down on us and think we are weak. We can’t tell our partner because they might leave us.

A survey we carried out in 2015 on Soberistas revealed that the majority of our members had endured a problem with alcohol for more than ten years before they signed up to our website looking for a life raft, and most (two thirds) had never asked for help from anyone else prior. This is something I see over and over again in the people I work with – the shame associated with alcohol use disorder is so great it prevents those suffering from asking for help, for a very long time. Until things have become so bad that recovery represents an intimidating mountain to climb.

Almost all of the people I speak to regarding alcohol suffer from one or more of the following: anxiety, depression, low self-esteem, suicidal thoughts, broken relationships, eating disorders and feeling out of control of their lives.

And so I can’t help wondering, this snapshot of the population with whom I come into contact with on a daily basis; is it representative of the population at large? Exactly how many people are living day in, day out, with alcohol-induced mental health problems and are unaware of the extent to which drinking is causing their low mood and feelings of helplessness?

I did not create Soberistas as a means of reigniting the Temperance Movement – far from it. I set the website up as a safe space for anyone with a problematic relationship with alcohol who wanted to address that and build a happier, healthier life for themselves. But what has become obvious to me over the last decade is that so many people do not identify in the first place as having a problematic relationship with alcohol – they are under the illusion that alcohol is alleviating the stresses and woes of daily life, as opposed to constituting the root cause of them.

I had a vague sense that my relationship with alcohol was not entirely positive when I drank the stuff regularly, but I had no idea that it was because of drinking that I was largely depressed, suffered from low self-worth, and lived with a gnawing sense of not being as good as other people; that I would routinely set my standards and expectations low, in relationships, jobs and life in general, because I didn’t think I was a good person and didn’t believe that I deserved to be happy.

What Soberistas has taught me is that the fundamental mental health issues related to alcohol use are rife. These are not isolated stories of women and men drinking a bit too much and getting themselves into a spot of bother after a night of heavy boozing. This is a repetitive story, one that starts with boozy university days and transfers to heavy drinking during our twenties and thirties, as we attempt to juggle family life, being a grown up, work responsibilities and a long-term relationship. The story then meanders into our forties and fifties when suddenly, alcohol becomes noticeably more problematic; our bodies are no longer able to process it as efficiently as they could in our younger years and so hangovers are monstrous, the recovery period stretches into days, insomnia represents the norm, anxiety and depression become just who we are.

And because we have always drunk, and because society tells us drinking is fun and glamorous and necessary, we do not think that possibly, just maybe, it’s the alcohol that has brought us to this place.

Soberistas is full of accounts of people for whom, once the blinkers of alcohol have been removed, life has become something entirely novel – that the person they believed they were is no more. In her or his place is someone with a degree of self-worth, emotional resilience, passion for life beyond a bottle of wine, pride and easier relationships with the people closest to them. Many Soberistas have quit drinking and gone onto achieving amazing goals: writing bestselling books, going back to university and retraining, climbing Kilimanjaro, travelling across continents while fulfilling lifelong dreams of exploring the world, forging connections with soulmates who have nothing more in common than the desire and will to kick alcohol out of their lives, once and for all. Without alcohol holding them back, these people have fulfilled their true potential and never looked back.

And so who are the people who belong to the Soberistas community? Mostly they are women, aged between 40 and 70, middle class, mothers, professionals. They are wine drinkers, and they are skilled at presenting an exterior that belies the aforementioned mental health struggles that have accumulated over their years of drinking alcohol. Almost always, the people who sign up to Soberistas think there is something horribly wrong with them – that they are failures, weak and bad people because they have not been able to learn how to ‘drink responsibly’.

Ten years ago, when I first approached Alastair about the Soberistas website, I did so because I was aware of his interest and work in the mental health arena and thought he’d be interested in the project I was embarking upon. But I didn’t quite appreciate back then the full extent to which alcohol wreaks havoc, en masse, on our collective mental health in the UK.

A decade on, and I do now appreciate this – I’ve seen it thousands of times over.

Media’s love for Cameron should be turned into a weakness