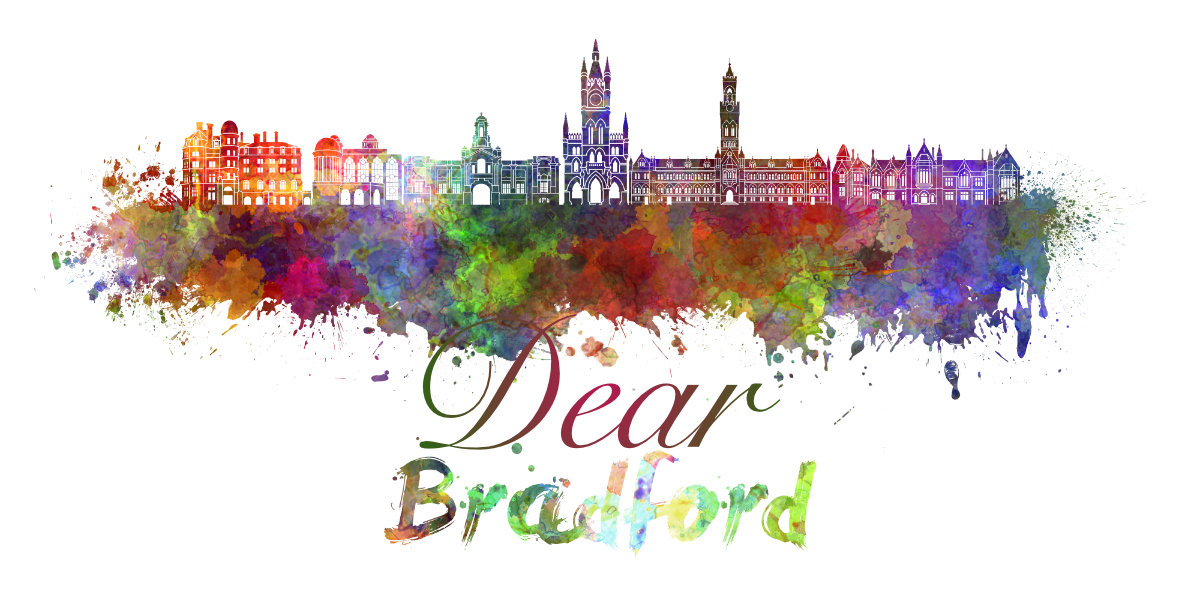 I am writing you this letter because the Daily Telegraph asked me to this morning. They sent me an interesting brief, which I publish here in full … I will spare the author, by not revealing his/her name, for reasons I will explain. My sense is of someone with a good idea being over-ruled for political reasons.

‘Dear Alastair … I wondered if you were free today to write a feature about Bradford for us as I believe you were born in Keighley and went to school in Bradford for a bit.

We would like 1400 words on Bradford as the city everyone forgets…  The deadline would be 5pm. Essentially it would be a sad/funny note to the city in the light of the government’s new rail plans revealed yesterday. Despite being larger than Newcastle – and the 6th biggest city in England – it still won’t have its own proper main line station. It’s as though it’s invisible (at least to southern eyes), hidden behind Leeds.Yet there is so much to like = not just its industrial heritage and its status as a haven for curry but also, this is where JB Priestly (sic) was born, the Victoria fake flower fairies emerged, it’s the UNesco city of film, and produced Zayn from One Direction as well as Smokie…It’s also the place you know from childhood and these are a few of the things you remember/connect with Bradford. So should we celebrate it more – give it’s own train station and stop our flirting with smaller cities such as Bristol or Bath…And how can we restore its reputation for the 21st century? How can you level up if you don’t understand Bradford?’

That is a bloody good question, and I thought this was a good idea. I also had a one hour train journey ahead of me, so having secured a reasonable fee to make a donation to the mental health charity I was speaking with this morning (CALM), and having assured the commissioner I would ‘take no prisoners when it came to the politics of the decision,’ I got going, as per below.

Sadly, by the time my train got to Park Royal, there had been a ‘change of heart,’ and they were going ‘in a different direction!’ I am guessing that someone higher up the chain decided that Alastair Campbell kicking Boris Johnson in the nuts as punishment for the Liar/Charlatan kicking the North in the nuts was not what the Barclays would like to read in their tax haven tomorrow morning.

But having bashed this out on my phone, it seems a shame for it to go to waste. Any of those Northern newspapers which have been doing a good job in not falling for the bullshit line that the new plan is better than the old one that was promised are welcome to use it for free or, if they are feeling generous, make a donation to CALM, the suicide prevention charity.

I am writing to express my sadness, mixed with a little anger, on hearing that your ticket to the Northern Powerhouse party was lost in the post. You must have thought, as the sixth biggest city in the country, with more than its fair share of economic and social challenges down the years, that you would have been close to the front of the queue when it came to enjoying the benefits of a government elected on the promise to Level Up.

Who would ever have imagined that Levelling Up, like Global Britain, Take Back Control, Get Brexit Done and People’s Priorities all come from the one factory of production at which Boris Johnson truly excels – slogans without strategy or substance behind them.

You mustn’t take it too personally though. Because Northern Powerhouse itself comes from the same factory, albeit when under the different management of David Cameron. So you are not alone in being shafted by the new railway plans for which Johnson is now asking for your gratitude. But to those who may have voted for either or both of these rich, entitled, posh, arrogant Old Etonians, I wonder if the penny is yet dropping that they don’t really have your interests at heart, never did, never will?

You and I go back a long way, do we not, Bradford? I was born not far away, in Keighley, and briefly attended your famous grammar school before – one of the saddest days of my life – we had to move to Leicester shortly before my 12th Christmas. For the first eleven years of my life, West Yorkshire was a happy home, my father’s veterinary practice spreading over some of the most beautiful landscapes on the planet. Then he had a bad accident, had to gave up his practice, and his new life as a Ministry of Agriculture vet took us south to the Midlands. My psychiatrist and I discuss it often!

You and I never lost touch though, even if most of my trips north take me to Burnley across the Lancashire border for football. In recent years mind you there has been a Bradford connection to those trips to Turf Moor, as Bradfordian Dave Baldwin became the club’s CEO, and roped me into supporting him in his work chairing the Bradford Economic Partnership. He got me to speak at the launch of its economic strategy three years ago, the chance to talk up Bradford’s many assets, and to josh with the Tory minister, Claire Perry, who was full of nice warm words, and told us Cameron was absolutely committed to helping deliver prosperity to the North. Cameron and she are both gone. Levelling Up has replaced the Big Society as the big message, and is going in exactly the same direction, to nowhere and nothing.

I will likely see Dave again next weekend when I will be in city centre planting trees as part of the Queen’s Green Canopy initiative. I also spoke just last week to the organisers of your next literary festival which is seeking to become a Hay or Edinburgh of the North, and where I will be one of many dozens of writers trying to help them in that endeavour.

You have a great history, some wonderful old buildings, some exciting new businesses, great cultural figures past and present, some decent sports teams, and are never more than a short bus ride from breath-taking natural beauty. Today you will be feeling angry and let down, and no wonder. But you need to know that precisely because you have so many strengths, not least your people, you also have a great future. It is just that you will have to make it despite the government, rather than because of it.

I hope you are now able to see more clearly that Bradford’s full potential will never be fulfilled with a Tory government in London, least of all by one led by Johnson and Rishi Sunak, who confuses Bury and Burnley, and who has as much in common with the people of Bradford as you do with multi-billionaires who spend Covid building tennis courts and swimming pools..

Thank you for all the memories, and for all the moments in the future I know I will enjoy with you, starting with the tree-planting next week.

See you soon, and remember … you can never trust the Tories.