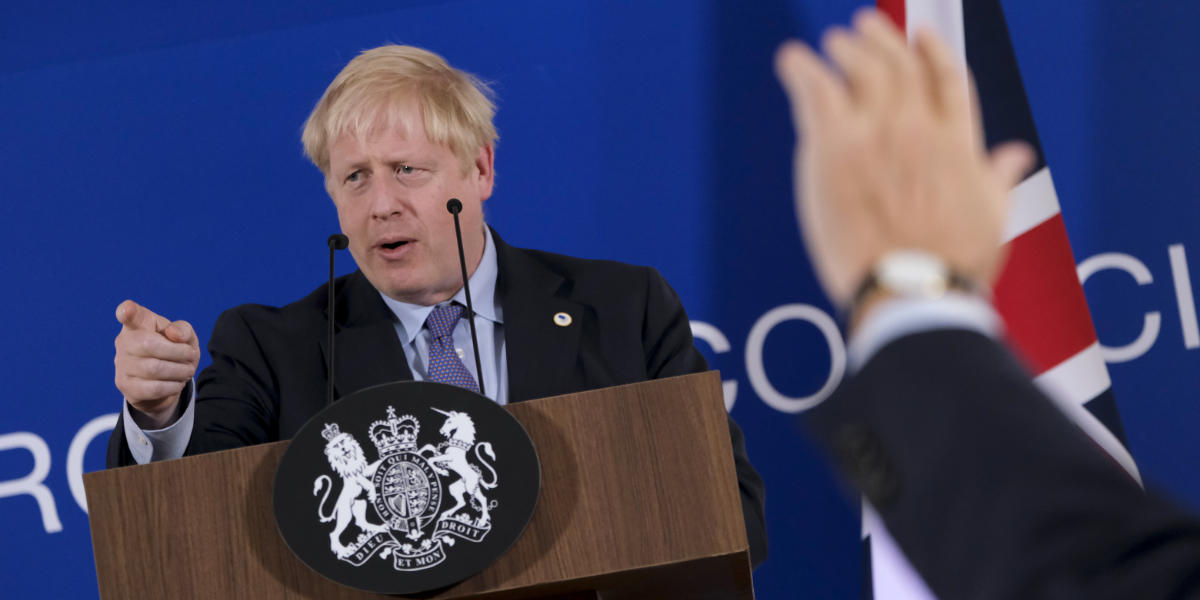 This is an updated piece of my column in this week’s New European. Updated because I wrote it a few days ago, since when so much has happened. At the time Boris Johnson was still deciding whether to do daily briefings. He having done so, I think the central points I made – about some of the realities of crisis management – have been borne out by the way he conducts himself. His modus operandi has to change. The main updated bits start from the part marked SUGGESTIONS … If you have already seen The New European (required reading, folks!) you can skip straight to that part …

A few weeks ago, when the only Corona we had ever heard of was a beer or a cigar, I was out walking the dog with my daughter, and we were chatting about the state of the world.

I’d just read a book about Auschwitz, and I was wondering whether I would be capable of the resilience required to survive incarceration in such a place and then, if I did, to face the world and build a future. I was then halfway through The Fatal Shore, Robert Hughes’ epic account of the transportation of British and Irish prisoners to Australia in the late 18thCentury, which likewise had me wondering – and doubting – if I would have been strong enough to be able to endure the privations, humiliations, sufferings and injustice that poured out of every page. To be absolutely frank, I am not sure I would have survived the journey.

‘I reckon you would,’ Grace said. ‘I reckon the survival instinct would kick in.’ I remained unsure. Venturing into middle-aged old fartery, I further said that I reckoned Grace’s generation might find it tougher still to deal with real existential challenge. She agreed.

My parents’ generation – my Mum and Dad were both in their late teens when the Second World War broke out – was the last in the UK to have to confront a challenge of that magnitude. Since then, there have been plenty of ups and downs – economic, social, political, military, health, environmental, terrorist – but nothing in the same category as a World War, a Civil War, religious or political revolution, or the Black Death which killed tens of millions in the 14thcentury, among them more than a third of all Europeans.

I said to Grace that as I get closer to pensionable age, I have become more conscious of how improbable it should be that mine might be the first generation to live an entire life without something on a par with one of the above. During the fight against Brexit – remember that? – my concern switched between the political triumph of populism leading to the destruction of European solidarity with a traditional European repeat of history (war), or catastrophic climate change, as being the likeliest intruders into an otherwise largely lucky period.

But maybe it is Covid-19. It is certainly global. It has done something rarely achieved by anyone or anything in these times of media proliferation, bubbles and echo chambers – gone from zero awareness to universal awareness (and impact) in a matter of weeks. It has gone to the top of the agenda of virtually every major organisation in the world, governments, public services, businesses, councils, charities, and virtually every conversation in the world too.

The economic impact is already big, and risks growing as exponentially as the virus. If I just think of my own world … a lot of my professional work is public speaking and last week almost all of speeches in my diary for the weeks and months ahead were cancelled. The travel and airline industry gets the headlines, but the events, exhibitions and conferences industry is going to be among the hardest hit, and I am guessing I am unlikely to qualify for any of Rishi Sunak’s support plans! Hey ho, I’ll write another book.

One of the planned speeches, at one of the now cancelled conferences, was about crisis management. In the briefing call a couple of weeks ago, the organisers asked me to provide a definition of ‘crisis.’ I said: ‘An event or situation that threatens to overwhelm and even destroy you or your organisation unless the right decisions are taken.’

It is as a result of that definition that I limit the number of crises experienced in a decade with Tony Blair to around five: Foot and Mouth; the fuel protests of around the same time, the turn of the century; the Kosovo conflict; September 11; and the wars which followed it, especially Iraq. The global financial crisis, after my time, was exactly that, and we got a taste this week of how lucky we were to have a figure as driven, and detail-obsessed, as Gordon Brown in charge at the time.

The second part of my definition – ‘unless the right decisions are taken’-  is every bit as important as the first. Just as Tony Blair, when fighting the election in 2001 on the prosaic slogan ‘Schools and Hospitals First’ did not expect his second term to be defined by September 11 and its consequences, so Boris Johnson did not imagine his ‘Get Brexit Done’ election would be followed so soon after by the coronavirus pandemic. Part of crisis management is adapting quickly and effectively to new, unexpected realities.

I wrote recently about Johnson’s seeming indifference to the consequences of the floods. He is more visible on Covid-19, but given its scale, not that much until the last few days. It might seem odd that someone like me, who has never hidden my belief that Johnson is not fit to be Prime Minister, should be calling on him to be more visible. But whether I like it or not, he is the Prime Minister, and whether he likes it or not, that means being highly visible (and preferably effective) in moments of national crisis.

It is absolutely right to let experts who would normally be operating behind the scenes take centre stage during a crisis such as this one. However, the Prime Minister must become expert too. The advisers advise, but ultimately ministers and above all the Prime Minister must make the decisions, and explain them. Whenever he ‘chucks the ball’ to one of the experts, the sense he emanates is that he is not across the detail. It is the detail that matters.

In a crisis as fluid and fast-moving as this one, a proper communications strategy is one in which the Prime Minister takes the public into his confidence about the process and the reasoning behind his thinking. He has to decide, execute but also narrate a strategy. Both as journalist and politician Johnson has never been one for complexity. In common with most populists, he likes to pretend to people that life is not as complicated as ‘they’ (a loose concept which can be used to dismiss any number of opponent) would have you believe; that everything can be summed up in a snappy phrase … take back control … get Brexit done … wash your hands … whatever it takes … send the virus packing …

We already know that Brexit is a lot more complicated than the slogans which won it; we know too that far from being oven-ready, his Brexit plan is yet to be fully cooked, and only ideology is preventing him from admitting the inevitable truth, that EU and UK institutions so focused on the virus crisis are unlikely to have the time, energy or personnel to get an exit deal completed without an extension to the transition process.

The current crisis will play out in all manner of unexpected ways. He has to be honest with the country about that. He would do himself no harm if he admitted that it is impossible to know with confidence, how many will die, and whether the NHS will be able to cope.

Only if he is honest about the situation will he secure public confidence and understanding for the decisions made to seek to improve it. His ‘we can send it packing in twelve weeks’ boast was foolhardy, and not supported by anything else being said. His earlier boast that he was still shaking hands on hospital visits likewise. Yesterday, there was a simple answer to the question about whether he would be seeing his Mother on Mother’s Day – No – but he cannot resist long, mellifluous rambles and homilies, trying to make people like him, or make people laugh. He should stop worrying about both of those things. The only quality people want to see in him right now, friend and foe, is competence, and the ability to make the right decisions for the right reasons, and explain them clearly.

Winston Churchill, as former Welsh minister Leighton Andrews will be explaining in next week’s New European, was a master of brevity in crisis comms, and instructed his ministers in that art. Johnson, for all his obsession with his hero, is very different. He cannot resist letting his mouth wander with his mind. In a crisis, every word of a leader counts. They have to be weighed carefully. As he strides to the podium next time, he would do wise to commit to memory the splendid advice of a former Tory chief whip, Alastair Goodlad, ‘never use one word if none will do.’

Were I part of the team advising Johnson, I would urge the following –

Over and out. Meant to be helpful. Now back to deciding whether to postpone my book on depression, BETTER TO LIVE, due out mid-May. I fear it is moving that way. On the one hand, there is going to be an awful lot more need to think and talk about mental health. On the other, as I say above, every event is cancelled, the media is rightly focused on one story to the virtual exclusion of all else, and who knows what mess the distribution networks will be in by then.

Still, the sun is shining, birds are singing, and there is no way that Burnley are going to lose today. Onwards and upwards ….

Public opinion on climate change – the public might be the problem