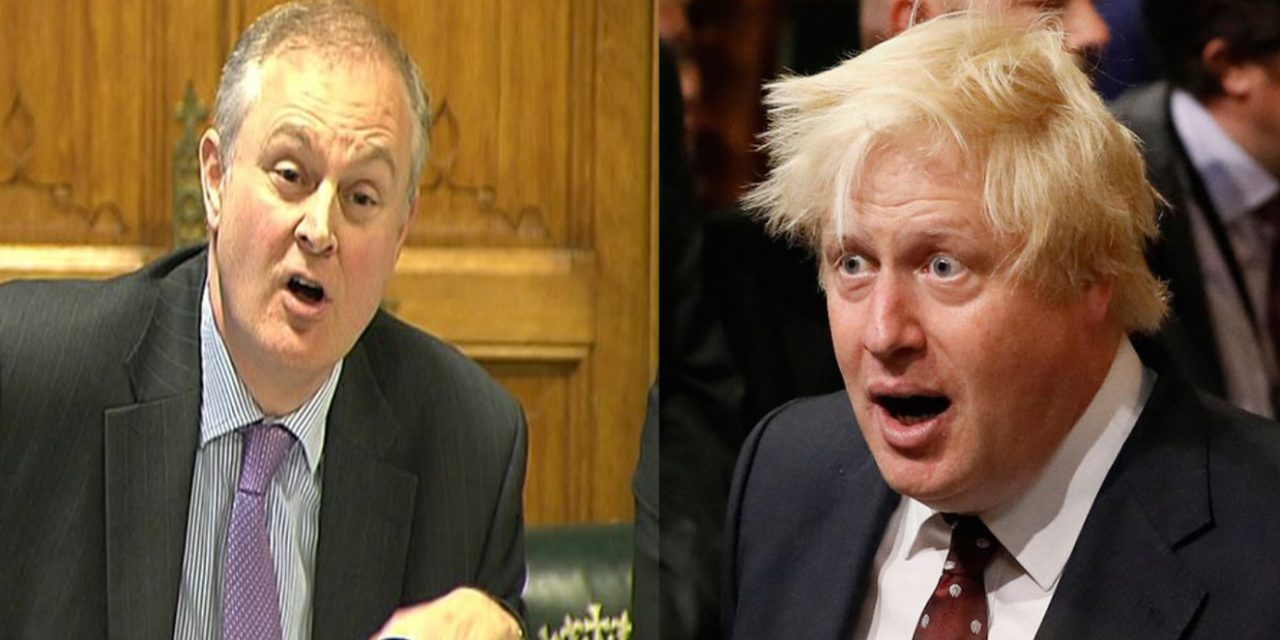 If you have already been onto Joe.UK, you may have read this one already. JOE is a relatively new UK offshoot of an Irish online news platform, which has become one of Ireland’s most significant news outlets. I’ve noticed some really good word and video content about Brexit on Joe, so I hope this is the first of many pieces I do for them. They also did some great stuff on the march on Saturday. This piece mentions the march, but was in fact inspired by the vile comments of a former Tory MP about a child in hospital, following on from the row about death-imagery-filled attacks on Theresa May by some of her ‘honourable’ friends!

Let’s get the old cliches out of the way first. Politics has always been a rough trade … if you can’t stand the heat get out of the kitchen … if you want a friend in Washington, get a dog.

Anyone dropping into the Commons on Monday would have thought politics had hit a new low, as MPs on all sides queued to condemn violent, hate-filled anonymous quotes directed at Theresa May, and express solidarity with the Prime Minister.

Certainly, the exhortation that she should ‘bring her own noose’ to her execution if she pushed the Brextremists an inch further was on the colourful end of the threat market.

But as honourable members rushed to condemn, it is at least possible, probable indeed, that the author of the offending quotes was among those condemning in the Commons or across the media.

Also, whilst I do not wish such abuse to be heaped upon her, it is worth recalling that Mrs May is not averse to a bit of tough talk herself, not least when as Home Secretary she was authoring the ‘hostile environment’ strategy that reached its peak with the Windrush scandal.

So she was right to say, as she thanked MP upon MP for siding with her against the anonymous briefings from her ‘honourable friends,’ as MPs have to call their own side, that politicians need to be careful with the language they use. But might it not be at least in part as a result of the language, messaging and ‘go home’ posters directed at immigrants on cruising cans that a white man on a Ryanair flight felt licensed to abuse racially a Windrush woman in the most repellent terms? Might it be the same forces unleashed by Brexit and the normalising of hate-filled language that made another man go viral yesterday, for abusing a black shop assistant?

So yes, we do have to be careful. The message of recent days is that the public seem to be following the lead of those in public and media life who are careLESS. Years of anti-European rhetoric and lies in several of our newspapers helped pave the ground for a Leave win in the referendum. Anti-immigrant and anti-foreigner sentiment since has been eagerly fanned by politicians on the right and also by parts of the media which having turned Nigel Farage into a national political figure now seem keen to do likewise with Stephen Yaxley-Lennon aka Tommy Robinson.

But in addition to being careful we also have to be consistent. I assume from the repeated thanks to her fellow MPs, and her repeated warning of the need for care in the use of language that Mrs May agreed the anonymous comments about her were unacceptable.

But what about the anything but anonymous comment of her fellow Tory Stewart Jackson, once an MP, and someone who also gloried in the title of chief of staff to David Davis (a job which presumably consisted of deciding which meetings with EU negotiators to cancel, and which details to avoid paying any attention to, lest his boss have to work too hard on the biggest issue facing the country when he was the Cabinet minister responsible.)

Mr Jackson, who is on the Brextremist end of the Tory party spectrum, took exception to a picture of a young boy in hospital, who was draped in an EU flag, and expressing sadness that because of his recent operation he was unable to go on Saturday’s March for a People’s Vote.

So what did this experienced Tory politician see fit to tweet in response? — ‘Pathetic cretin.’

I don’t know about you but I think if I had to decide what was worse – some anonymous violent language by a Tory MP about a Prime Minister used to the rough and tumble of political debate, or those words used publicly against a hospitalised child – it wouldn’t take me long to work it out.

And if Mrs May is sincere about wanting to raise the level of debate she should condemn Jackson unequivocally and suggest his local party suspend his membership.

She won’t though. Because she is running scared of the Brextremists and Jackson is still one of their number, with Davis hovering as he and his party wait for her to fall. If this laughable plan that Davis become an interim PM to see Brexit though, it is likely Stewart ‘pathetic cretin’ Jackson will be in Number 10 with him.

Mrs May’s failure to condemn this worse piece of abuse should not surprise us. She did not, for example, rush to condemn the language used by newspapers on her side when they called judges enemies of the people, or labelled as traitors anyone who was opposed to Brexit meaning whatever the Brextremists decided it meant on that given day.

Mr Jackson has since deleted his tweet and also claimed that his comment was aimed at the boy’s stepfather who posted the picture, not the child himself. Yeah right.

I don’t know if anyone else has noticed but nearly all of the people now shouting loudest on the media and in Parliament for a hard Brexit are male, middle-aged or old, Tory, pretty well off and very right wing. They are also, some of them, like Jackson and Boris Johnson (maybe it is a J-word ending in -son thing) pretty nasty pieces of work.

It is one of the many reasons why I cannot for the life of me understand why Labour is so insipid in its stance against Brexit, and so reluctant to support the People’s Vote. Because it is these nasty pieces of right wing work that have Mrs May on the run. The Brexit being pursued will damage the lives and livelihoods of people in Labour areas more than any others. Disaster capitalists rejoice.

One of the greatest cons of modern times was these right wing, small state, low tax, low regulation, anti welfare, anti public services politicians persuading decent working people to vote for their cause.

Jackson’s tweet reveals what they actually think of so called ordinary people who dare to think differently. Their violent language about May reveals just how fanatical they are.  Both reveal that it is us the British people who should be very very careful indeed about these people being allowed to steal our children’s future. Because that is what they are doing. Driven by right wing ideology. Filled with hate for anyone who doesn’t share it.

It is also why Mrs May should be a bit more careful with the language she uses about the People’s Vote campaign. ‘A Polticians’ Vote’ she calls it. If only.

Saturday’s March was not just impressive in size. It was impressive in terms of the steely determination, and the breadth of social and economic background, of those marching. If you’re more scared of Stewart Jackson and his ilk than you are of the hundreds of thousands on the streets on Saturday, you are making a very big mistake, Mrs May. Mark my words. I am as always being very careful with them.

On the TUC, Roy of the Rovers and Anna Wintour

With our media, David M’s ‘no more soap opera’ is impossible