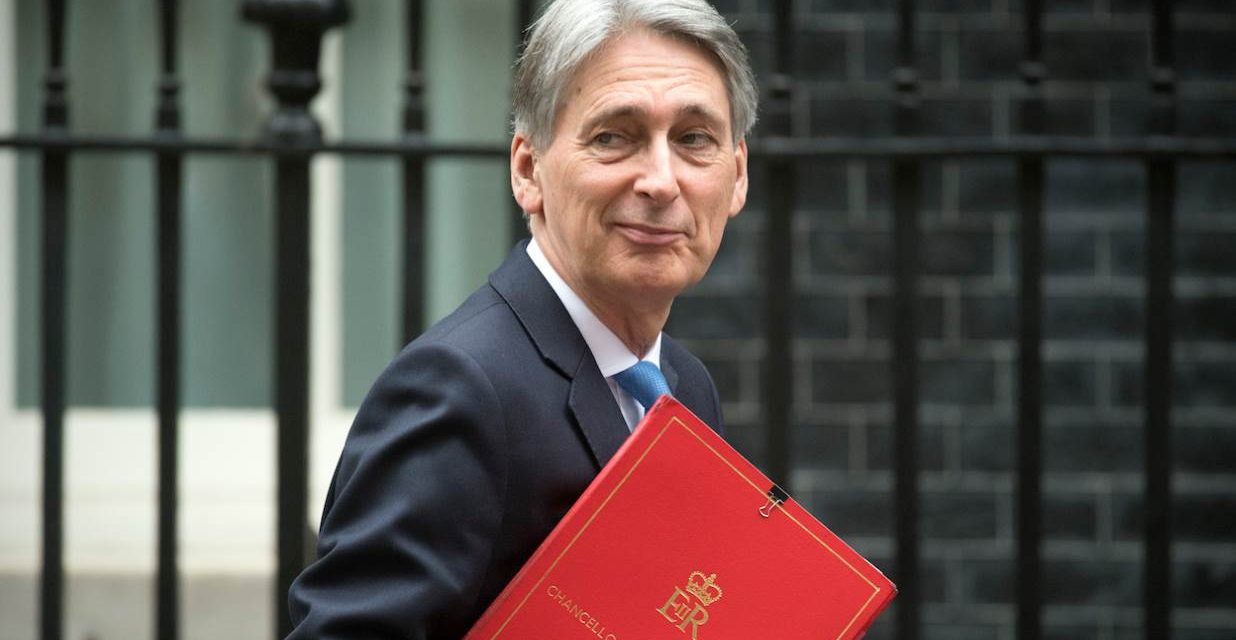 Liam Fox burbling on about Philip Hammond on the BBC reminded me I had forgotten to post last week’s column from The New European. Here it is ...

Such is the Tory division over Brexit that Philip Hammond’s letter to MPs on the economic disaster that a ‘no deal’ scenario would represent was seen almost entirely in that context.

Hardline Brexiters were ‘up in arms’ – when are they not? Theresa May was ‘blindsided’ – when is she not? Dominic Raab was ‘furious’ at being upstaged. Surely the new Brexit Secretary could have been allowed his moment in the Brexit sun, trying to put a bit of lipstick on the Brexit pig, telling us there was nothing to worry about despite the increased red tape, the big hit on financial services, the diminution of workers’ rights, the threat to the pharma industry, the loss of billions of pounds to our universities, all the other potential disasters revealed in the government papers.

How dare Chancellor Hammond come along and not even bother with the lipstick, instead going straight in with a warning of a possible 7.7 percent hit on GDP over the next 15 years, big threats to our chemicals industry, food and drink, clothing, manufacturing, cars and retail, an extra £80billion in borrowing, and particular difficulties for the North East of England and Northern Ireland. How dare he inject fact into the fantasies?

The BBC took their main angle from the Brextremist spin – when do they not? – their report headlined not by Hammond’s words of warning, but ‘Conservative anger at Chancellor’s dodgy project fear.’ Does Jacob Rees-Mogg write the headlines now, as well as appear in every package? And how have we reached the stage in what passes for political debate that if you express anything other than blind belief in whatever gangplank Brexit the Brextremists happen to have in mind at the time, if you suggest a certain alarm at the notion that food and medicines are being stockpiled, if you seek to insist that the rule of law demands proper investigation of the lies, dodgy funding and criminality of the Leave campaign, then it is you, not they, who are the traitor to be pilloried and abused? Strange, strange times.

But might I venture another reason for Hammond’s letter to the Treasury select committee that goes beyond the ‘Remain v Leave’ prism, let alone ‘no deal v Chequers deal’? Namely that, unusually for a member of this Cabinet, he is thinking a few years ahead … to the public inquiry.

I have some experience of public inquiries, especially over the Iraq war. Though I came through them relatively unscathed, and cleared of the central allegations made against me, they did not rank among the more pleasurable or stress-free experiences of my life. But one thing I do look back on with some sense of pride and professionalism is that the many thousands of documents and hundreds of thousands of words that had to be handed over to the Inquiries – every note, every email, in my case at the Hutton Inquiry every relevant extract of my diary – in the main helped rather than harmed us.

If even a fraction of the bad things predicted for Rees-Mogg’s no deal or Mrs May’s bad deal come true, then we can be fairly sure that the costs and consequences of a botched Brexit will be ripe for a full-scale public inquiry. And, given the decisions being made now will damage trade, jobs, living standards, public services, social cohesion and much else besides, the witness stand will not be a comfortable place to be for the politicians who made it happen. For the liars and criminals, one hopes the police and the courts will by then be involved to deal properly with them. But for the government ministers who have sought to deliver Brexit, the central question is going to be this … what did you do to try to stop it? What warnings did you issue? How hard did you fight?

Mr Hammond is starting to prepare his answers and, to use a phrase I first saw in a Marilyn Monroe poem of all places, he’s thinking in ink.

Nigel Farage has managed to get even more than his usual share of media exposure by announcing a return to the political scene he had never for one moment left. But for someone so keen to get his head above the parapet, he seems remarkably scared of debate. There is virtually no radio or TV spot he won’t agree to, because he has mastered the art of blustering his way through interviewers, few of whom ever ask him ‘what would you do?’ and tend to let him rabbit away about how terrible everyone else is. That is not what I mean by debate.

The kind of debate I would like to see is Farage with Oxford doctor Rachel Clarke who, angered by his attack on health service workers for drawing attention to the negative impact Brexit is already having on the NHS, challenged him to a debate. She has asked him repeatedly. He has mainly ignored her. Eventually he used the platform offered by the Telegraphto abuse her, but without giving her any comeback.

I would also love to see and hear him in debate with Jason Hunter, an experienced trade negotiator who absolutely demolished Jonathan Isaby of Brexit Central in a Radio Kent debate last week. There was one point where Hunter stated simply to Isaby that he really didn’t know what he was talking about. Reply came there none.

Farage does allow debate on his LBC show, of course. But when the questions get a bit too close to home, as when Observer journalist Carole Cadwalldr got through to him one day to ask questions about Leave campaign funding most of the media ignore, he reaches for the off button and returns to his Brexit bullshit monologues.

Farage is back … and Farage is frit.

The memoir of former French President Francois Hollande, Les Leçons du Pouvoir, contains some pretty cutting observations, not least about his former adviser and minister, then ruthless successor, Emmanuel Macron. But I especially enjoyed his portrait of Barack Obama, for which I am going to assume among New Europeanreaders at least some understanding of French. His main point was the inconsistency between Obama’s warmth, charisma and wondrous rhetoric in public and his rather closed and inscrutable manner in private. Hollande, who loves his food, also observes with evident concern that Obama eats little and worries much about his figure. ‘Il ne finit jamais ses desserts et, quand je lui fais servir un plateau de fromages, il coupe précautionneusement un petit bout de chèvre qu’il abandonne ensuite sur le bord de son assiette.’ No puddings. No cheese … no special relationship for the French.

I’m not pretending Brexit was top of most fans’ agenda as Burnley’s Europa League tour took us to Aberdeen, Istanbul and then Athens. And I will admit that as we left the Istanbul Başakşehir stadium after our nil-nil draw, one Burnley fan told me to ‘stop trying to stop Brexit.’ But several others urged me to keep going. And in Athens, one of my most shared social media posts was a half-time interview with Steven Barnes of Accrington who said ‘now we know the facts, not the nonsense and the lies, we need a People’s Vote.’ Awareness of the People’s Vote campaign is certainly growing. And, with the possibility of a route out of the current mess, support for it too. 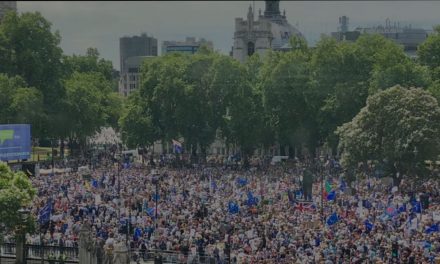 The People’s Vote campaign is anything but a politicians’ thing, Mrs May. The people are finding out the politicians just in time

Thank you Boris Johnson, for reminding me of our right and our patriotic duty to resist you and your Brexit