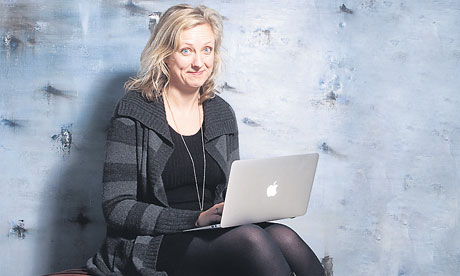 Amid the annual backslapping at the UK Press Awards last week, nobody deserved her award more than The Observer’s Carole Cadwalladr, for her series of reports about the role of Cambridge Analytica and the broader use of data analytics in helping Donald Trump to become President, and helping the UK to leave the EU.

So much of today’s journalism is trite, trivial, here today, gone tomorrow, helping create a country where we know a lot about things that are not that important, and a lot less about the things that are. Journalists who used to have time to do their work now have more space to fill, at most outlets there are fewer of them to fill it, and they have to tweet, blog, podcast and all the rest, in addition to the core role. So it is to The Observer’s credit that they have given Carole Cadwalladr the time, space, support and resources to do a proper job on an important story. It is to her credit that she just keeps plugging away. She knows there is a big story here, and she seems determined, despite the complexity of the issues and the wealth and power of some of the people she is investigating, to get right to the bottom of it.

Here is a link to today”s coverage, now leading on a Parliamentary committee calling Facebook’s Mark Zuckerberg to give evidence, and recalling Cambridge Analytica’s resident Old Etonian, CEO Alexander Nix, given the clear inconsistencies in their stories so far, shown up by the latest revelations, that 50 million Facebook profiles were harvested in a major data breach. There has been a whiff to this for some time and, despite the best efforts of most of the rest of the media willing the story away, lest it get too close to Brexit, the whiff is getting stronger.

Cambridge Analytica is being investigated on both sides of the Atlantic; here in the UK, by the Electoral Commission, into their possible role in the EU referendum and also by the Information Commissioner’s Office, into the use of data analytics for political purposes; and in the US,  as part of special counsel Robert Mueller’s investigation into possible collusion between Trump and Russia. There remain too many unanswered questions about how the Leave campaigns were funded, and how they were run. And it is going to need some good old-fashioned journalism to get to those answers.

But to get a flavour of what we are dealing with here, take 15 minutes of your life to watch this interview with Cambridge Analytica whistleblower Chris Wylie. It shows what the good guys are up against when the bad guys get their hands on the tools you need to win the big arguments in the ever changing landscape of public opinion.

Try not to be put off by his pink hair and nose-ring … which is probably partly what explains the reluctance of the BBC to give much coverage to the story … that and their seemingly never-ending hesitation about anything that challenges the government narrative on Brexit. All power to your elbow, Carole … glad to hear the rumours today that there is a lot more to come, and a lot of it closer to home.