Macron is the real heir to Tony Blair 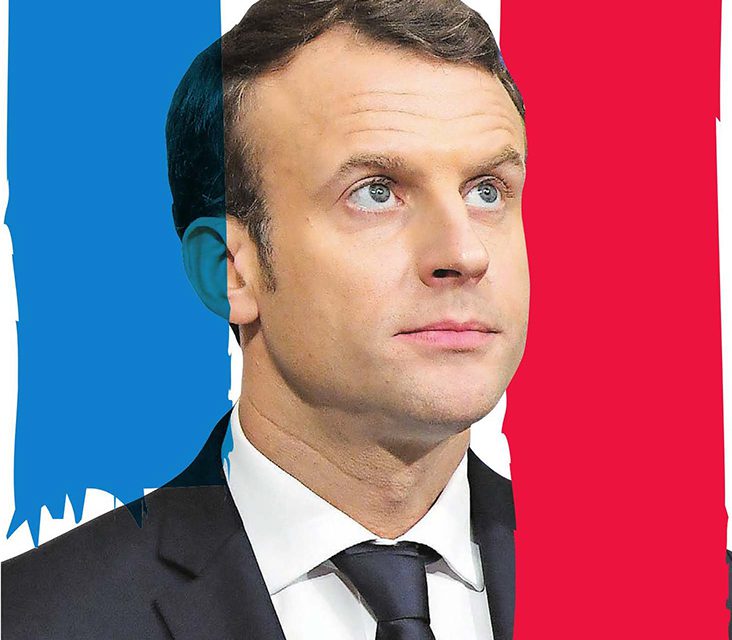 To Paris, to speak at a conference on geopolitics, en francais bien sur, where I was asked to answer this simple question:
“The world -what the hell is going on?”

I love the trust implied in their invitation, namely that I might have the answers. I who was (until early June 2016) confident that we would not vote to leave the EU; I who was convinced that our American cousins would never elect as their President a racist, sexist, narcissist of zero political experience or human empathy; I who was helping President Francois Hollande until he hit 4% approval (the same percentage as believe Elvis is alive) and decided to call it a day.

Hollande’s demise, and that of Francois Filion on the right, is in large part what opened the way to Emmanuel Macron’s remarkable rise to the Presidency. I did a little work with him too, during his campaign, and was immediately struck not just by his intellectual heft but by a remarkable non-arrogant self-confidence. Surrounded by the doubts of others, he emanated an absolute certainty that he was going to win.

Something else he has in common with Trump is disdain for much of the modern media. But Trump’s disdain, as is clear from Michael Woolf’s book, is more than matched by a desperation to be liked and flattered. He desperately needs the media’s approval. Macron appears to be splendidly indifferent.

Referring to the French news channel, he said recently he had no intention of being “le president BFM”. Contrast the hideous image of Trump in bed with his Big Macs and three TVs, relying on Fox News to tell him what matters, and CNN to fuel his hate and anger.

The problems facing the world, too many to list here, took up a good two thirds of my speech, before I searched grounds for optimism. I find some in the passions of young people, many reminding me of something Macron himself said, that we can be pessimistic in our analysis, but optimistic in how we act to make change. Also, we live longer and in the main healthier lives. We are better educated. We are killing each other less in war than during virtually any period in history.
And though Trump, Putin and Xi Jinping, the most talked about leaders, do not exactly gladden the hearts of democrats with a small or a large ‘d’, there are others who give hope. Not far north of Trump there is Justin Trudeau. There was something optimistic about Jacinta Arden’s election to become Prime Minister of New Zealand and something touching in the news that she will have a child in office. Not far west of us there is Leo Varadkar, Taoiseach of Ireland. Some of his policies I don’t much like but to have a gay. half-Indian as leader of conservative Ireland is remarkable.

But Macron has the potential, and the power, to be the most impressive and impactful of all of them. We saw some of the stardust when he came to the UK. There is real depth there too. And he has a tendency to say things as they are. As he did on Brexit, in spelling out the realities -that we could not, as Boris Johnson continues to suggest -have our cake and eat it.

It was, I suspect, in large part because of the clarity of Macron’s warning -we can have the benefits of the single market only if we pay in and obey the rules -that Johnson came up with a distractionary dead cat in the form of a suggested bridge between the UK and France. Macron had thought carefully about every detail of the visit, from his offer of the Bayeux Tapestry to his tough negotiations on Calais, from his off the cuff speech in English to the message of his interview with Andrew Marr. Johnson on the other hand, as was clear from the coldwater pouring off Number 10, was having a flight of fancy on a par with the stories he used to file as Brussels correspondent of the Daily Telegraph.

Both Johnson and Michael Gove, busily reinventing himself as a green warrior and loving his media chums for helping him, are journalists first, statesmen a long way behind. They are part of the same Trumpian flow through politics. For all he rails at them, Trump is a creature of the media by the media for the media-ocracy of our times. Macron is very much statesman first, media man a long, long way down the list. Yet which style does the world need more right now? And who is commanding the greater respect?

Macron was 16 when I first started work for Tony Blair. It makes me feel old, but also jealous that it is France not the UK that has the energy and change that dynamic leadership can bring. For years my French friends used to ask “why can’t we find a Blair?” Now the question is “why can’t we find a Macron?” I am yet to meet anyone anywhere in the world asking plaintively “why can’t we find a Theresa May?”

Today the pressures on leaders are to the tactical and the short term. We see them playing out on Trump hour by hour, sometimes minute by minute. We see them playing out on May as she switches from one so-called priority to the next when we all know her only priority is survival and getting through Brexit. We saw it in Johnson’s latest back-of-fag.packet grand scheme. Boris bikes. Boris garden bridge. Boris island. Of all the grand ‘Boris’ schemes, the only one that has worked is the bikes. And they were actually Ken’s.

Macron, as shown by his studied ignoring of the noise during the summer silly season, remains fixed on long-term solutions to long-term problems. If he wants to say something unpopular, he says it. In his way. On his terms.
During his campaign, assailed from the left by Jean-Luc Melenchon and from the right by Marine Le Pen, for being too pro-European, too focused on liberal values, he did not reach for the rhetoric of hate as a Trump would do, or the language of scepticism as May is following David Cameron in doing. He fought with conviction for what he believes. And he was rewarded for his courage.

As I said in Paris, populism surfs on fear and anger, and Trump and Brexit won by the fuelling and exploitation of both. Macron does not dismiss anxiety or anger. But he stays focused on solutions that might address them rather than merely exploit them. The same went for Angela Merkel in her handling of the refugee crisis. Not popular. Not populist. But right. Punished in the elections. But she is still there.

They are a potentially superb combination. She experienced, tough.

He with that energy and confidence and conviction. A shared determination to move Europe in the right direction. A Europe founded on real values. Commitment to proper sharing of wealth. Real defence of the environment. A sense of obligation to poorer and weaker parts of the world.

Where else is global leadership coming from? Trump? Russia? China? I think not. Real leadership can come from Europe and it is a tragedy that we are turning our backs on that, weakening ourselves as well as weakening the world.