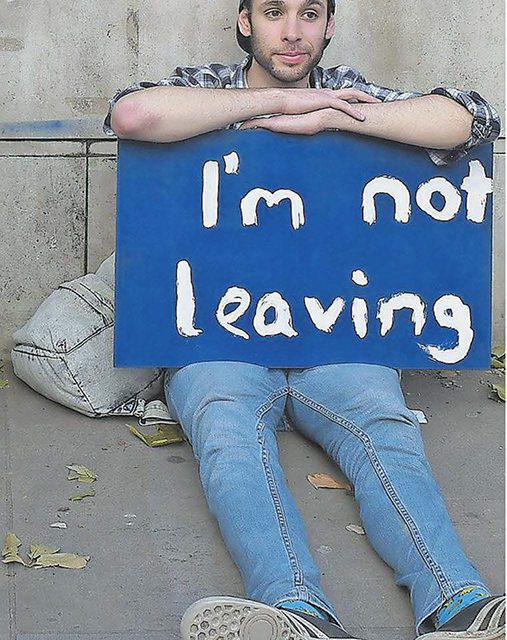 So what is Nigel Farage up to?

Is he, as some of his fellow Brextremists believe, so incurably addicted to grabbing headlines that he couldn’t resist giving legs to the idea of a ‘second referendum’? Or is he genuinely concerned, as he went on to tell the Observer in a subsequent headline­grabbing move, that Leave campaigners are scattering to the wind, we Remoaners are making the running, colluding with the Europeans to make sure the government fails to secure a decent deal, which Parliament rejects, so causing a constitutional crisis followed by an election and/or another referendum? My God, I hope so.

I so hope he is right to be – his word – ‘paranoid’, that somehow events will conspire to give the people the
chance to think again.

There’s us, feeling pessimistic, thinking that with government, opposition and media all pointing to the Brexit door, and with even ardent Remainers all too often saying ‘we have to get on with it’, nothing much can be done but rage against a dying light. And there’s Nigel, cheering me up because he is so pessimistic and paranoid. Thank you, Nigel, thank you.

To find out which of these two Farages had the upper hand I went behind enemy lines, accepting his invitation to debate Brexit on his Sunday morning show on LBC.

It was planned for half an hour but I ended up staying for an hour to allow us to get through more of the deluge of calls which came in.

First of all I want to say something unlikely to win me many plaudits from the mainly Farage-hating readership of the New European … namely that the nicotine-stained man-frog, as we like to call him, is a good broadcaster.

Given the BBC provided him with a superb training ground by ensuring he appeared on Question Time almost as often as David Dimbleby, and as he loves the sound of his own voice, this might not come as a surprise. But he listens, he engages, he is polite with interviewees and callers even if he disagrees with them.
Piers Morgan and John Humphrys et al could learn a thing or two by listening to Farage the non-hectoring interviewer, as opposed to Farage the bombastic, hectoring interviewee.

It is a different persona to the Farage who rants and abuses from his seat in the European Parliament, or the Farage who called Andrew Adonis a weasel when Piers got them going on Good
Morning Britain, or the Farage I almost came to blows with when Piers parked us millimetres apart on the same sofa and sparked a few touch papers between us.
I am indebted to my son Calum, the last person I saw before heading to the LBC studio, who had advised me not to get too fired up and angry – it can happen – and instead to imagine I was talking not to people who already agree with me but to those who don’t.

Long before referendum daY, Calum was among the first to predict Remain would lose, and he said it was because we did not properly understand the motivations of Leave voters we all too often assumed would vote Remain when push came to shove. And he feels that, in our anger, we have still not properly analysed and understood why we lost. It is what I have been trying to do in my urging of Labour to move to a position of ‘tough on Brexit, tough on the causes of Brexit’.

Yes, we can stay passionate in our belief that Brexit is the wrong course for the country, but we have to deal with those issues that led people to reject the status quo David Cameron and the Remain campaign were offering – falling living standards, rising inequalitY, poor housing, immigration, pressure on public services, the sense of dislocation from those making decisions over their lives.
Only if we accept the fact that they are entitled to be angry about the status quo, and confront openly and with realistic policy ideas the challenges that make them angrY, can we begin to persuade them that Brexit will exacerbate rather than ease the problems they want fixed, so that if and when there is a ‘second referendum’ we have a better chance of winning it.

I put ‘second referendum’ in inverted commas, and I told Farage I hate the phrase, because I think it plays into the Leavers’ hands. It suggests all we are after is a re-run of the same question, the same debate, the same issues. It partly explains why the Lib Dems did so badly at the 2017 election. With the dust barely settled on the first referendum, to make the call for a second one the centrepiece of your campaign really does indicate that you just want a ‘ re-run because you didn’t like the result. If we do get to the ‘second referendum’ Farage fears, it will be on a different question related to the deal that Theresa May finally strikes, and where Farage and I were in total agreement was in our certain belief that it was going to be a bad deal.

Where we differed was that whereas I feel that in those circumstances the country is entitled to take a fresh look, not to least to see whether the reality of Brexit matches up to the Brexit that was promised, Farage believes that whatever the costs and the chaos, Brexit has to happen, and the costs and the chaos can be sorted out later.

His eyebrows shot up – he does do expressive eyebrows – when I said it would be a ‘fresh’ referendum, not a
‘second’ referendum. Perhaps we need to go further and call it the ‘first and last referendum’ on the actual Brexit outcome.

If the country says yes to it, then that is that. But I absolutely believe they won’t.
To have opinion remain so divided when most of the political and media establishment is pointing to the exit door underlines to me how, if the public felt there was the chance to think again, they would seize it.

As to my own conclusion on the question of whether Farage is a headline­grabber trying to stay relevant, or a rattled Brexiteer worried the game is running away from his team, I think it is a bit of both. Calum’s advice certainly paid off, and there were definitely more listeners’ calls on my side of the argument than in previous phone-ins I have done, which hopefully rattled Farage a bit more.

Hats off to student Will who I think spoke for many in saying his generation would have to do all in its power to reverse Brexit if it went ahead, that the UK would probably go back on worse terms than we have now, and what a waste of time, energy and money it all is when there are so many other priorities facing the country.

But perhaps the most interesting question came after I had vacated the guest’s chair to be replaced by fellow Labour Remainer and now also fellow The New European columnist Andrew Adonis. (Nobody can say Farage was using his programme for a Putin-style one-sided echo of his own views.)

Colm from Omagh asked Andrew if he felt Nigel was raising the issue of another referendum because he was beginning to realise what a disaster Brexit was going to be.

That thought alone – that having done so much to bring about Brexit, the former UKIP leader does not want to be quite so closely associated with the outcome – put a fresh spring in my step, and ought to get some fire back in the bellies of the fatalists and the faint-hearted who think nothing can be done. Let’s keep fighting.

Let’s keep Nigel paranoid … until that first referendum on the final deal comes, and we fight it better than when Project Fear lost out to Project Lies.

The Sun-SNP dance is about helping Cameron not Salmond, or Scotland