I am pleased that Michael Gove and his fellow journalist wife Sarah Vine have chosen to send their daughter to a State school.

Less pleasing is the idea generated by the coverage that this is some great act of educational and political courage. It should be exceptional for politicians NOT to use the state sector, rather than the other way round.

Most of the complaints about State schools – lazy teachers, outmoded teaching practices, no discipline, no competitive spirit – are created by media and political opponents whose opposition is often based on ignorance, and rooted in an attempt to justify their own choice of the private sector for their own children.

Much of what Gove is doing as the relevant minister is taking schools back to the last century rather than forward to the next one. But at least in choosing a State school for his daughter, he has signalled his understanding that State can be as good as private, and he now has a personal as well as political vested interest in driving up standards. 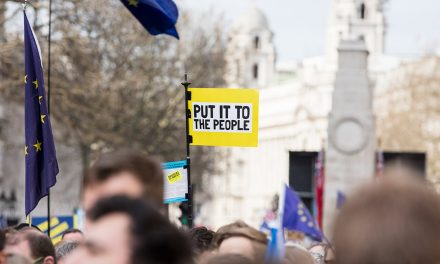 On Brexit, Trump, trust and whither politics

In Berlin: on football fever and Cleggmania RIP

Thanks for the thanks. Is online shopping not always like this?