Mr Cameron is often said to model parts of his style and leadership on my old boss, and there is no doubt that though TB took a hit when a memo leaked, in which he said he wanted to focus on high-profile talking points ‘with which I can be associated’ – DC has not been put off by this. So yesterday it was car insurance. Today it is booze.

Reading between the lines, it would seem he is thinking about introducing for England the minimum pricing already mooted for Scotland. He also has in his sights the marketing of alcohol to young people. He might start by looking at the deals Facebook do with the alcohol companies.

Government clearly has a big role to play here. When Mikhail Gorbachev led Russia, he decided the country had a massive drink problem, and brought in all sorts of tough measures that did see a big fall in alcohol abuse. When I was in Germany recently, I was surprised that Britain was named by my (admittedly small) sample (a large dinner table of politicians, academics, businessmen and media) as the European country with the worst reputation for drunkenness.

Anyway, the programme goes out Monday evening, and the focus is more on middle-class alcoholics than the city centre smashing binge drinkers Cameron is talking about today I do make the point that it is as much the responsibility of individuals as government to decide how much to drink. But health problems related to addiction are on the rise. Supermarkets have replaced the pub as the main purveyor of booze. Home has replaced the pub as a place to get smashed. It is a big and growing issue. On that, I am in total agreement with the PM. All I can do is talk about it, and make a TV programme now and then. He has a new alcohol strategy in development, and the chance to improve things. I hope he takes it. 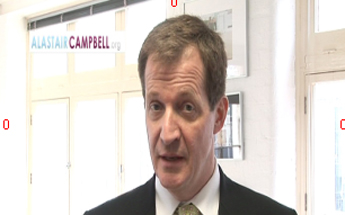 On immigration, Europe and much else besides, it’s time Cameron stopped letting myth drive policy