Greetings from Tirana where this morning I met the Opposition leader before doing a seminar for companies on strategic communications, and this afternoon will see the Prime Minister after doing a session on crisis management.

Nobody was talking about Liam Fox, it has to be said. But as I burbled away to my Balkan audience, I couldn’t help thinking the UK government could do with a bit of help and rigour in its comms and crisis management.

My definition of a crisis is an event or situation which calls your entire organisation into action and which threatens to overwhelm you if the wrong decisions are taken. So for all the toe-curling embarrassment Fox has caused, that does not yet apply. And even if the mishandling continues apace, this is not government threatening. So it is a crisis for Fox, likely to end in his departure, but not yet a crisis for Cameron.

It is showing up the good and the bad in Cameron’s trait of wanting to stand by people. It is basically a good thing not to want to throw people overboard. It is a bad thing when it affects your judgement. It happened with Andy Coulson. It is happening with Fox. There comes a point where you realise this is not a synthetic frenzy got up by the opposition and the press. Most reasonable people looking in on what is already publicly known wonder how on earth Fox passes the fit and proper person for high office test. It is about judgement for heaven’s sake.

It might be a good moment to clarify what I actually said about how long someone can survive a front page frenzy. It is often reported that I said anyone who was on the front pages for ten days in a row was a goner. I don’t think I did. What I think I said was if the same story ran for ten to twelve days you knew you had a real crisis management issue not a frenzy.

So Cameron has a crisis management issue not yet a crisis. But he would be wise to grip this now. Coulson, then Fox, then the next one and the next one and before you know it an unshiftable pattern is set.

Ps – in Skopje yesterday I was gently chided by an Italian at my conference for failing to rebut some of the stories in the Serb media about my consultancy role in Kosovo. It came after I emphasised the importance of rebuttal as a mindset in a campaign. The Serbs, who don’t accept Kosovo’s independence, and some of whom don’t like me for having revamped NATO comms during the Kosovo conflict, have had something of a field day. The payment for my supposed role as Hashim Thaci’s new advisor (which I am not) has varied from 250k to 750k dollars. I wish! I am also said to be running a dirty tricks unit aimed at stopping Serbia joining the EU. I’m not. Oh, and someone tell Cherie she and I are apparently working together on this. Total nonsense.

The truth is that I was approached by the government via the British Council to advise on strategic communications, so I went there, interviewed people, did seminars, and then wrote a report which may or may not lead to further visits and-or changes in the way the government organises its comms. That’s it.

And the winner is …

Sun switches ain’t wot they used to be 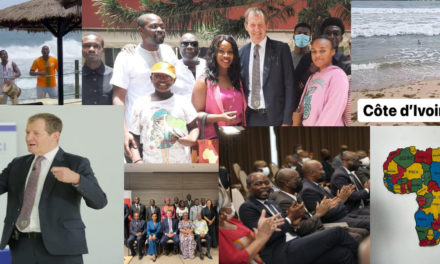