Fiona and I discovered almost simultaneously on Sunday that we were thinking and feeling the same thing. It is a thought and a feeling that dare not speak its name, other than in the confined circumstances of a close and long-standing relationship like ours. I cannot remember which one of us said it first, but out it popped …

We felt so much better when we had said it. We could admit to each other we had been harbouring these thoughts for some time. I kicked him as hard as anyone over tuition fees, but it was when I realised that he seemed to be taking all of the kicking, and that his Tory masters were virtually unscathed, that I felt a teeny weeny bit sorry for him. He does seem to take a lot of hits for the Tories.

Of course pity is the last thing a politician needs or wants, but it does mean that when Clegg says he understands why Labour voters want to ‘give me a poke in the eye,’ but he hopes they will put their feelings to one side when they consider the AV issue, and consider it on its merits, I am less minded to sneer and snarl, and more inclined to do as he says.

There is no doubt that kicking Clegg has been one reason, even the key reason, why some Labour voters are opting for No rather than Yes It was indeed my own instinct early on, but having thought about it a bit, and having heard some of the nonsense spouted by the No campaign, I have come round to Yes. This will come as something of a surprise to my colleagues from the TB days. Whilst TB was playing around with Roy Jenkins and PR, I was very much in the First Past the Post camp.

AV is not going to change the world, but it might make the electoral system a bit fairer, and it might help with a bit of re-engagement. It is certainly not the disaster its opponents talk of, and the Tory self-interest in the status quo has become clearer as the campaign has gone on. Issues of democratic renewal hold very little sway with them.

Clegg has been something of a human shield for David Cameron, and I think if I am in eye-poking mode, on balance Cameron deserves it more. However, eye-poking of either of them is not the best reason for deciding which way to vote. It’s just that I needed that little bit of sympathy for Clegg’s predicament before I could open my mind to the possibility of voting Yes. And before anyone calls me to try to win me back to No, I’ve already voted by postal ballot and tomorrow I am off to Croatia where, I am a little alarmed to learn, my event has been advertised on TV and in a billboard campaign. I hope they’re not confusing me with someone else.

A review of my diaries – by me! 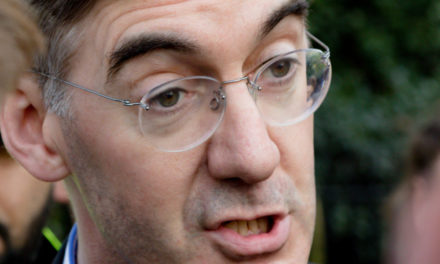