Nice send off for Ralph Coates

Just back from a celebration of Ralph Coates’ life  at St Stephen’s Church in Enfield, followed by a nice do at White Hart Lane. Big turnout and some terrific tributes from Dave Merrington and Martin Dobson (Burnley), Alan Mullery and Phil Beal (Spurs) and Frank Clark (Orient).

Lots of former Spurs players there, including some who took part in Burnley’s historic 4-1 win at White Hart Lane when we were in the third division and they were one of the top clubs in the country! (sorry)

A Spurs fan of a certain age would have had the thrill of seeing among others Pat Jennings (who still has an amazing head of hair), Martin Peters, Martin Chivers, Gary Mabbutt, Gerry Armstrong, John Pratt, Keith Burkinshaw.

A good turnout from Burnley too, including heroes of my teenage years like Frank Casper and Arthur Bellamy. Fans turned out as well, not least David Burnley, who never ever ever misses a game and who changed his name by deed poll just in case anyone doubted his allegiance.

But I’m sure all the footballers in the church would agree that the best tribute of all came from Ralph’s son Paul, who spoke beautifully about his father. He broke up a couple of times, and by the end of it, so had many others. Perhaps because I spoke at my own Dad’s funeral, I was among the teary-eyed ones leaving the church afterwards.

I learned a few things about Ralph that I didn’t know. He never swore. He once used blu-tack to try to keep his flyaway hair on his head (there were some wonderful clips on the video played during the service which showed why he needed it). Also after his playing days were over he coached children, including disabled children.

His family is setting up a Ralph Coates Foundation so that his work to give access to sport regardless of background or ability may continue.

Inflation rise not all Tories’ fault – but VAT rise is 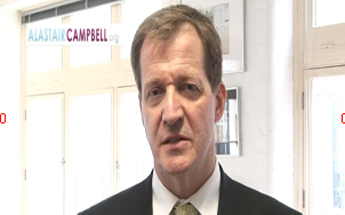 On football and morality