A week ago, I was at the Swift Festival in Trim, Co Meath, where, as I blogged at the time, journalist John Waters interviewed me in front of a good crowd of Irish politicians, thinkers, journalists and otherwise generally very nice people.

John became the latest in a long line of journalists to make the statement that Tony Blair’s entire legacy, which he acknowledged was considerable, not least because of Northern Ireland, would be defined mainly by Iraq. I say ‘journalists’ because I think whilst some members of the public may see TB only in the context of Iraq, I think most have a much more rounded view of his Premiership than the bulk of the UK media does.

In my answer, I reeled off my usual list of TB achievements and the many changes that make Britain a better, fairer, more progressive country than it was. Not surprisingly the loudest applause came when I pointed out that many PMs and Presidents had tried to bring peace to NI, but it looked like TB had done it, and that alone put him in the ranks of the top PMs in history.

But I also made a big play of Kosovo, another military intervention, also in very difficult political circumstances, of uncertain outcome, and with considerable personal and reputational capital tied up in it. I said, and I think this is borne out by my diaries at the time, that it showed TB’s leadership at its best, as he sought with others, notably Bill Clinton, to reverse the ethnic cleansing ordered by Milosevic.

In an interview recently I said that whenever I got into a cab driven by a Kosovan, they tended to waive the fare. This led to the usual sneers from one or two usual suspects, who would find it hard to imagine that on getting me into the back of a cab, a driver would want to do anything other than regurgitate the bilious outpourings of columnists and commentators left and right whose hardest choice generally is whether to have red or white for lunch.

But anyone who saw the admittedly limited coverage of TB’s visit to Kosovo yesterday might have understood why Kosovar Albanians in particular see him and those who worked with him in a rather different light to the conventional so-called wisdom of the mainstream media.

So what was the decision of virtually all of the media, faced with pictures of crowds turning out to give him a hero’s welcome, politicians lining up to ply him with thanks and honours, and parents bringing out children named after him? Why, to ignore it all of course. Now if one of those parents had just taken along a banner saying ‘what about Iraq, Tony?’ then there just might have been the outside chance of getting it on the news. Even better, if someone had only chucked a shoe at him as he was cheered through the streets of Pristina, then almost certainly we would have heard of it. Or if Tony had perhaps said a few words about how concerned he was about the Moat hunt, or let slip a few words about Peter Mandelson’s book, on which the Murdoch Empire is in full hyperama mode, then he might have made it onto the bulletins. But getting a good reception for reversing ethnic cleansing … give me a break, Tony, you know that Iraq is the only country you had anything to do with.

So apart from a gently piss-taking montage at the end of Newsnight, one or two similarly piss-taking pieces tucked away in some of the papers, we are talking pretty much news blackout time. As I have been saying about our media for a long time — more space, less real debate; greater volume, fewer stories dealt with; and the hacks are the real spin doctors. 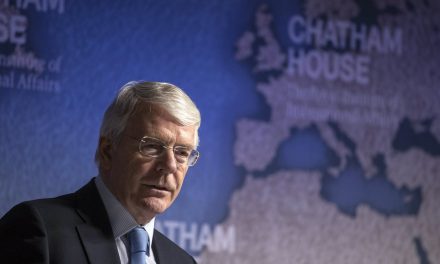 WikiLeaks supporters and lawyers spinning with the best of them