Last week, in the – where else? – Mail, Janet Street-Porter wrote a piece suggesting depression was like the latest must have fashion accessory. The Daily Mirror today kindly gave me the space, as Mind Champion of the Year and a supporter of the Time to Change campaign, to reply to her ill-informed, silly and prejudice-reinforcing article. The Mirror piece is reprinted here

Attention-seeking takes many forms, and a particularly virulent outbreak appeared under the name of Janet Street-Porter last week.

In a newspaper article she wrote about depression as some kind of trendy new illness, which many women now view as a must have accessory, like the latest handbag.

I assume, from the unsympathetic tone, she has never experienced depression. If she had, then even for the generous cheque she no doubt received, she would have thought twice before setting out an opinion as misguided as it is offensive to anyone who knows the reality of depression.

Much that appears in the media really doesn’t matter. But people who suffer from mental health problems will often say the stigma attached to them is worse than the symptoms. Articles like hers reinforce that stigma and taboo, which in turn create shame and a sense that real problems cannot be addressed.

First, let me try to give her some insight into depression. I had a pretty heavy nervous breakdown in 1986, and I’ve had depression on-and-off ever since. With the help of friends and family, sympathetic bosses, a good GP, a psychiatrist, sometimes medication, I have learned to manage it better than I did once.

At its worst, it is like an invisible dark force that first approaches, then envelops, then appears to fill every waking thought. You can escape via sleep, but you wake and find your eyes won’t open, you lack the energy to brush teeth, shave, speak, think anything other than thoughts of emptiness and despair.

When it’s bad, my partner Fiona says it is like living with somebody from a different planet. When you get into that mode it’s very dangerous and corrosive. People ask, “what’s wrong?” and you don’t really know. “What triggered it?” and you can’t answer that either. One thing you do know, there is no way you would wish to have it.

Once you’ve had it, there are few worse experiences than knowing that dark cloud is coming back. The cause of Janet Street Porter’s ire – whether real or synthetic – is the fact that women like TV presenter and Mirror columnist Fiona Phillips, actress Emma Thompson and writer Marian Keyes have spoken out about their experiences. Like them, I’ve chosen to “bare my soul”, as Porter puts it, in print and on film because I feel that openness about psychosis and depression may help counteract the discrimination and stigma surrounding mental health.

When I had my breakdown, I took comfort from reading and hearing about others who had been through it and got out the other side. So when Mind, and later the Time to Change campaign asked me to speak out, I was pleased to.

Mental health problems can happen to anyone just as cancer can or a broken limb when you fall down the stairs. They don’t respect status, wealth or profession. And, hopefully, we can make it easier for others to feel they don’t have to hide that they’ve had mental health problems.

Men in particular find it tough to come forward. Big boys don’t cry, and all that. It goes some way to explaining why men are just as likely to experience depression as women, but half as likely to seek support. So when Janet Street-Porter says: “The idea of feeling sorry for a bloke with low self-esteem is, frankly, risible,” I wonder if the fact that out of every four suicides, three are men might cause her to reconsider. Probably not. But reasonable people might.

Frank Bruno, Marcus Trescothick and Ronnie O’Sullivan are all sportsmen who have reached the top of their chosen professions. They’ve also touched the depths of mental illness. And in being open about it, they are helping to change the way people think about men and mental health and undo the damage done by the likes of Janet Street-Porter. Far from jumping on a bandwagon or joining a trendy fad, people being open is essential to end a powerful and outdated taboo.

I know from my own recovery that it is possible to take strength and hope from the experience of others who’ve gone to what feels like hell and back and lived to tell the tale. My novel, All In The Mind, is based on my experiences of depression and psychosis. I also made a BBC documentary called Cracking Up. And I’ve been really grateful for the response to both. Barely a day has passed when someone hasn’t said they related to something that happened to me or one of the characters in the book.

Depression is neither new nor trendy. It just is. Street-Porter’s article is inconsistent, contradictory and very badly argued. It is the kind of journalism that merely serves to strengthen the damaging stereotypes around mental health problems that stop people with very real illnesses seeking help. Like the Daily Mirror, I’ve been supporting the Time to Change campaign, which is working hard to put this right.

But ill-informed articles like Street-Porter’s risk leaving people confused and misinformed. Depression and stress are not the same, although it is true that sometimes one can lead to the other.

The truth is, anything more than mild to moderate depression can be seriously debilitating. Time to Change says that one in four of us will directly experience a mental health problem. What it means is that we all know someone who is affected but, as a society, we still tend to keep these things quiet.

If we could be more open, it would of course benefit people with mental health problems, but it would also benefit society and the economy.

Many talented people are kept out of the labour market because of employers’ reluctance to hire someone who discloses they’ve had a mental health problem: only four out of 10 employers say they would employ someone with a mental health history.

That means six out of 10 wouldn’t. Some of the most important figures in history had mental health issues – Winston Churchill, Abraham Lincoln and Charles Darwin. What would the world be like if they had been denied opportunities because they’d had mental health problems?

Media coverage on mental illness is incredibly powerful. At its best it can help challenge stigma and at its worst it can help reinforce it. In a way, that has a direct impact upon the way people with mental health problems feel and are perceived.

The decision that people such as Marian Keyes and newspaper columnist Allison Pearson take when they speak out about it is a difficult one. I had no choice, because when I jumped from journalism to politics, the press started writing about my past troubles anyway. I have never regretted being open. I hope that by speaking out about our experiences, anyone with a mental health problem can play a role in educating and showing others in distress that they are not alone, help is out there and recovery possible.

Mental health problems can happen to any one of us and it’s important people can speak out and seek help without fear of being criticised and ridiculed. The volume of complaints about Street-Porter’s article suggests the public realises it is indeed Time to Change.

ALASTAIR’S FEE FOR THIS ARTICLE HAS BEEN DONATED TO MENTAL HEALTH CHARITIES MIND AND RETHINK. HE IS ASKING JANET STREET-PORTER TO DONATE THE FEE FOR HER ARTICLE TO THE SAME CAUSE. WWW.TIME-TO-CHANGE.ORG.UK.

Nearly nine out of 10 people with mental health problems have been affected by stigma and discrimination.

“I thought to myself: ‘If I crash the car, I will be free from all this.’ It really does get as bad as that.”

“I was in danger of having my children taken away from me when I needed five weeks in psychiatric care.”

“I’ve certainly been there, in various depressions, when you never wash and wear the same things… you want to switch it off and stop.”

“I tried dealing with depression by taking Prozac. It was good for a little bit for my life. But it didn’t heal me.”

“I’ve been depressed and don’t like it. You find a way through it, but it is hard, still, to talk about it.”

“That’s where depression hits you most – your home life.”

“Along with the Sam Cam handbagthe latest must-have accessory is a big dose of depression.”

Why should Brown and Cameron apologise for being seen to pay tribute to the war dead? 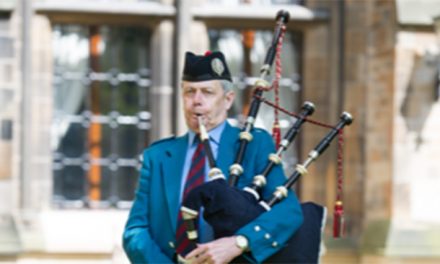 ‘The shittiest of all the shitty illnesses’ – my speech about my brother Donald to 1,800 schizophrenia experts