If you took the value of the most expensive negative, personalised poster campaign of modern times, and added it to every pro-Tory, anti-Labour propaganda piece in a national media as biased as in any UK election I can recall, and converted the latter to ad-spend, the Tories have enjoyed superior resources to the tune of tens of millions of smackers.

It all makes a bit of a mockery of laws limiting spending on campaigns (not that Labour or the Lib Dems could raise the cash anyway) when the bulk of the papers spew out so much anti-GB bile, and Cameron mwah-mwahing, which in turn sets the tone for the broadcast media, which has had a bad campaign, despite (and because of) the TV debates, of which more another day.

It says something for GB and Labour’s resilience, and also the good sense of the British people, that Labour have stayed in the race at all, faced with such a concerted attack on one party, and such little serious scrutiny on the other.

And what that says is that the public are far less influenced by the papers than they were in the days when people were able to assume a modicum of social responsibility and desire to be accurate among the country’s journalists.

There have been some very famous election day front pages, but it is hard to see today’s collection adding to them. The funniest – though not intentionally I suspect – is The Sun’s, which tries to present David Cameron in the manner of the famous Barack Obama ‘Hope’ poster. Cameron as Obama? I know. Comical.

Lovely day here in North London. Kitchen converted to committee rooms, Fiona in charge, the kids out at polling stations or getting the vote out, turnout looking good (always is when people think it will be close) and people of all parties having a good laugh at the attempt to link a white, upper-class, right-wing, policy-light Tory with Barack Obama, whose election was one of the great moments of recent times.

One of my sons has just been told by the Tory teller that he was ‘holding his nose’ because he didn’t much like his leader and he was worried about some of the more extreme candidates who might become MPs. This is not Obama. Nor is it May 1997. (It’s TB’s birthday by the way, and George Clooney’s) Now maybe if they had done Cameron morphing into Clooney, that might have worked. It would certainly have been more convincing.

As with Cameron’s airbrushed posters, the spoofs of the DC-Obama front page are so much better.

I will repeat one more time – he went into this election with a big lead and a playing field loaded massively in his favour. And still nobody can quite work out what is happening. But one thing is certain – Barack Obama, or even a pale imitation thereof, he ain’t. 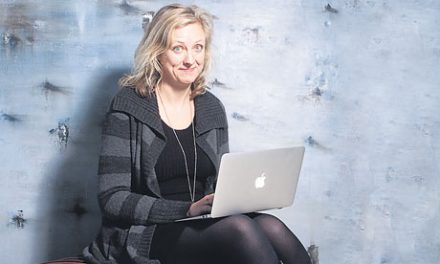