Movie industry marketing men, provided they had an A list cast and a big advertising budget, were once guaranteed a minimum of three days’ major takings at the box office.

The sheer weight of such a campaign would guarantee busy cinemas on the first Friday, Saturday and Sunday of release. Through the week, word of mouth would then help dictate takings for the next weekend. Two weekends of large takings heralded a success. A big dip between the two meant the film was in trouble.

Now however, according to a communications colleague who works in film PR, there is only one guaranteed pay day, the first Friday. The change is largely down to social networking sites which allow instant and, when communicated en masse, very powerful judgements to be made. ‘If people come out of a film on a Friday night and say on twitter or Facebook in big numbers that they hated it, it’s dead,’ says my colleague. ‘If they love it, we know we have a hit.’

It is the most human of reactions, as familiar to centuries old village squares as today’s ‘water cooler’ equivalents – you see something, you want to tell friends what you thought. So on leaving Nine – early – I tweeted that I got as far as Three. In leaving Invictus, I tweeted that I didn’t care about all the snotty reviews, I loved it. And when I wandered online to see if I was alone, on both films I discovered I was not.

There are lessons in this for politics. One of the unexpected consequences of the media age and the digital revolution has been to give people the power to shape their own media landscape, and to shape it with others. Barack Obama’s use of the web in his campaign to become US President is sometimes misunderstood. It is true that he used it to raise huge sums in small amounts. Every bit as important, he used it to create a mood, to help turn sympathisers into supporters, supporters into activists, then galvanise and empower those activists to run their own events and mini-campaigns under his strategic umbrella.

This shift was brought home to me at the Labour fundraiser in Lancashire I mentioned recently where a student activist told me she came from a non-political family, and had largely unpolitical friends, but she was confident most would vote Labour ‘because every time I see them, I give them a reason to.’ That is the campaign mindset required for today. It is virtually impossible for Labour to get media coverage for success stories in public services. The mainstream media just aren’t interested. So people are posting their own, and sharing them. Similarly, campaign materials, strategic planning documents and policy handbooks which were once closely guarded at the centre are likely to be posted online for networks within networks to use as they want.

These are changes which benefit Labour and the Lib Dems, bereft as they are of the kind of money available to David Cameron’s Tory Party with backing from Lord Ashcroft and other wealthy donors. How the parties adapt to these changes won’t necessarily mean the difference between winning and losing. But it will help.

*** Buy books and raise cash for Labour. Go to http://www.alastaircampbell.org/bookshop.php. Half of money raised in online sales of The Blair Years, individually signed by AC, goes to the Labour Party. 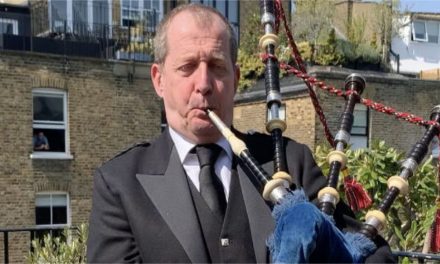 A gentle castigation of TB from my mental health friends