I am indebted to Labour’s candidate in East Dunbartonshire, Mary Galbraith, for alerting me to an article which is about to make a miniscule piece of media history by becoming the first ever Daily Mail article that I quote favourably.

Yes, I know, I know, it is the most hateful and vile scumrag ever to have been published, and one article will not change that. And yes, I admit that I allowed an Associated journalist into my home the other day, the first ever, but contrary to her article that does not mean I am going soft. I was doing an interview to promote Maya, and I had no idea Metro was owned by The Mail Group. I keep telling people I’m out of touch but nobody listens!

And so, drumroll, drumroll, to the article. It is written by a man named John MacLeod, whose name might lead you to wonder if he is Scottish. He is, and his piece appeared in the Scottish edition of The Daily Mail.

In publishing it here, I am hoping that perhaps a few people in the rest of the country might see it. Because in addition to being published only in Scotland, Mary tells me she cannot find it at Mail Online.

Intriguing this. Nothing remotely controversial or off message goes in any of the Mail titles without our old friend Obergruppenfuhrer Paul Dacre knowing about it and sanctioning it – thanks by the way to whoever made that hilarious Downfall spoof with Dacre as Hitler raging at my refusal to requite his love – so either he has agreed to this piece – yes, it’s coming – or he is losing his grip. Good news either way I’d say.

So here goes. It is quite long and in true Mail style I have edited out bits I don’t like, or which don’t fit my own agenda, but you will quickly get the drift.

‘Six months ago, the impending General Election looked set to be a Conservative cakewalk.

The Tories were buoyant in the polls, fawned on by much of the press, free of division or internal dissent and taking full advantage of successive lucky breaks.

David Cameron’s doughty and ruthless response to the Parliamentary expenses scandal – taking the opportunity to rid himself of a few backbenchers he did not like (did he?)- stood in sharp contrast to the Prime Minister’s floundering. (ott) Indeed, by high summer last year, it seemed Gordon Brown survived in Downing Street only by the pleasure of Peter Mandelson, in all his slimy gorgeousness. (don’t like this bit but quite colourful and a useful way of showing they are always the Mail even when going off message).

But through the winter things have shifted, eroded – and changed. The opinion polls have tightened sharply, with the Conservatives unable to keep that lead in the teens essential to guarantee an overall majority in an electoral system unfairly (nonsense) skewed to Labour advantage. Mr Cameron himself seems in a more uncomfortable position. More and more critics have emerged in the Tory press and a significant chunk of older backbench Conservative MPs, while keeping schtum for the moment, have been alienated by the party leader.

They will cause him no trouble during the election but, should the Conservatives win outright with a parlous majority, then even a few incorrigible rebels can cause untold trouble, especially in a desperate economic climate when any new administration will have to make most unpopular decisions.

Cameron himself seems to have lost his edge of late. Last year, he routinely bested Gordon Brown at Prime Minister’s Questions: in recent months, Mr Brown has had much the better of the exchanges.

The fatuous, airbrushed poster of Cameron the Great Leader, unleashed on the defenceless public after New Year, sank like a concrete kite in a nation which, after years of Tony Blair, is weary of messianic presidentialism. (kept this in because it suggests they see TB as Jesus. Maybe they are in love with him in Dacreland too. Je suis jaloux!!)

The Conservative leader tied himself in self-inflicted knots over an ill-defined tax break for married couples, which now appears, like an earlier pledge to hike the threshold for death duties, to be but a vague ‘aspirational commitment’. (inheritance tax cut policy unmoveable, donors be assured)

In Scotland, absurd confusion now rules as to who precisely is in charge of Tory operations and who, assuming a Conservative win, will actually serve as Scottish Secretary. Meanwhile – and who’d have thought it? – Mr Brown, in all his glowering unspinability, has steadily started to recover poise and stature. There is, these days, a new presence to him. He gives every impression of relishing the knock-down-drag-out fight to come. (good passage – shows that authenticity is winning through v Cameron’s lack of substance … see my blog of the other day re focus groups)

Furthermore, as we the voters must soon make a hard choice in most anxious times, there is much wisdom in Hilaire Belloc’s wry observation: ‘Children always cling to Nurse, for fear of finding something worse.’

In his plump, dowdy, jowly ways, he (GB) is rather a welcome throwback to the pre-Thatcher days of avuncular, prosaic Prime Ministers.

The Prime Minister has also refused, consistently and from the start, to use his little boys for political advantage. They are never seen in public, nor flaunted for the cameras. …Admittedly, in a Botox age obsessed with youth, vitality and skinny-chic, his appearance and odd physical tics count against him. But we are remarkably apt to forget that the Prime Minister’s most disconcerting mannerisms – the baleful squint and the way his jaw drops at the start of every phrase – are the consequences of a serious boyhood accident, not outward hints of inner depravity.

But, as Mail on Sunday columnist Peter Hitchens (oh my God am I quoting him on my blog too?) and others have observed, there is something distinctly sinister about the anti-Brown frenzy of the past two years.

It reached its apogee last summer and centred on extraordinarily personal attacks, largely from people ruthlessly transferring their courtship to the rising sun of Cameron who would never have dared attack Gordon Brown when he was strong.

The election contest is now, to mild Tory horror, tightening rapidly because the British people have started to tumble to what is going on. They are beginning to realise how a herd mentality has largely skewed political reporting and how there has been a serious attempt to manipulate the thinking of voters. (Led in many ways by Dacre, which leads me to think this is a rogue element within the Mail, but I’m loving it)

There have been two recent tipping points. One was Mr Cameron’s decision to renege on his ‘copper-bottomed guarantee’ of a referendum on the Lisbon Treaty, which – like the European project as a whole – is hugely unpopular with the British public. (largely because our media lies about what’s in it)

This volte-face was spun by his cheerleaders as ‘courageous’, ‘honest’ and ‘realistic’ – but the fact is he broke his word. And from that point, as a glance at the polls makes plain, he and his party forfeited significant support.

At a stroke, Mr Cameron had carelessly fed widespread suspicion that he is just another member of an august, centre-Left (come again?) political class who, on a range of issues – Europe, extreme gay rights, immigration and so-called ‘ climate change’  – operate in united and contemptuous disregard for the views of most ordinary people. (Kept in despite lunacy to remind you it is Mail)

The second drama was the virtual lynching of the Prime Minister by one of our most unscrupulous newspapers for daring – allegedly – to misspell words and miswrite a name in a personal, handwritten letter of condolence to the grieving mother of a fallen soldier.

In fact, the story scarcely stood up. The distraught woman gave a dreadful impression on the broadcast media and, to the chagrin of the rag in question, it found itself quite on the wrong side of public opinion. There was a real backlash of sympathy for Mr Brown, who had not meant to hurt anyone and was bewildered to find his good taken for evil.

…Admittedly, being Leader of the Opposition is about the most horrible job in public life. Some truly great Prime Ministers, such as Clement Attlee or Margaret Thatcher, were pretty hopeless at it. But David Cameron has so far failed to convince us he is a man of genuine conviction and substance.

He has not yet sealed the deal with British voters. Since New Year, his leadership has been marked by an unnerving timidity, while Gordon Brown – especially since the last, laughable, failed coup against him – has, remarkably, regained the initiative.

The next few weeks are the most important in Mr Cameron’s life. Time is fast running out for him to show us who he really is…

The article then invites readers to email John MacLeod at jm.macleod@btinternet.com I will be sending one to tell him he can help to ensure Cameron does not become PM by donating £7.50 to Labour in the purchase of The Blair Years by clicking on http://www.alastaircampbell.org/blog.php.

He should get two. One for Dacre. I’ll put in a nice dedication. Honest.

Romney, thanks to his gaffes, the Tea Party and Fox News, is turning out to be Obama’s best asset 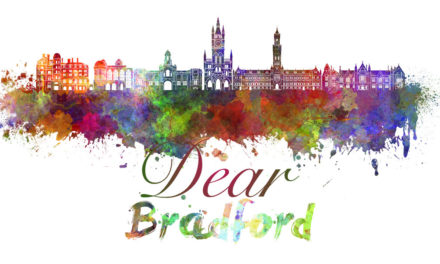