What on earth is the fuss about? So David Cameron’s picture has been airbrushed so that the forehead looks baby-bottom smooth as drivers look away from the snowy roads to see DC looking down from poster sites around Britain.

As I have explained in a little video just uploaded on Youtube, there is a tradition of airbrushing photos on posters that goes beyond just doing it to models. Indeed, I have to say that the airbrushed poster I have talked about is one of my favourite posters of all time. And I hope when you see it you will agree that just as it fitted a central message for the 2001 campaign, it kind of works for now as well.

What an odd week. The Tories have a great big campaign launch, all bells and whistles and airbrushed babybottoms, which goes a bit kaput because of Dave’s ignorance about his own marriage tax policy, GB splatters him at PMQs, then the Hoon-Hewitt letter and the subsequent kerfuffle rather detracts from all that.

Meanwhile the weather ruins a week in which I had been looking forward more and more with each day to Burnley v Stoke, after the appalling decision of Owen Coyle to walk away from the club that gave him the chance of top level football management. With the game off, I have a bit of time on my hands. Hence the vid. Hope you enjoy being reminded of the poster or, if you never saw it at the time, seeing it again. 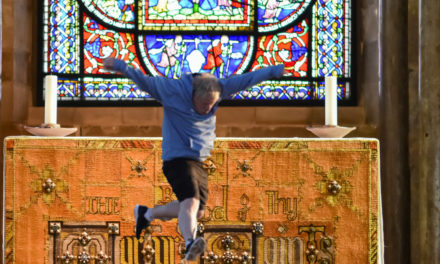 Private advice to Peggy Mitchell – the leaked note in full