So David Cameron says a Tory government will pass a new law to ensure all MPs and members of the House of Lords pay taxes in Britain.

Two thoughts spring quickly to mind. The first is whether, given he keeps going on about Britain being a bust and broken nation, that is really where the country’s legislative priorities will lie. I will assume, given he has been an MP for some years now, that he knows how the legislative system works. The government has to prepare a programme, drawn from many competing priorities which ought to be set out in his manifesto… (can’t wait for that one) The Queen reads it out in the House of Lords. Bills then get introduced, debated, sometimes amended, often passed. So is he saying this ‘new law’ will be part of his first Queen’s Speech? I doubt it. Yet he says it is going to be ‘rushed through.’ Oo er … exciting eh?

The second thought relates to the reason he was being asked the question in the first place, namely the continuing lack of clarity concerning Lord Ashcroft, who is putting large sums of money into Mr Cameron’s campaign to become Prime Minister, and Zac Goldsmith, his non-dom ecological advisor and fellow Old Etonian (oops sorry, there I go again, bringing up that boring old ‘Cameon went to Eton but wants you to thinks he really cares about Back Street Comp’ thing again.)

One plus two equals the fact that to avoid giving a straight answer to a straight question – namely whether Lord Ashcroft has abided by the undertakings given at the time he was made a peer to pay taxes in the UK – Cameron has to come out with this nonsense about passing a new law.

As John Prescott has said on Twitter today – why does Cameron need new legislation to clarify Ashcroft’s tax status … just bloody ask him! 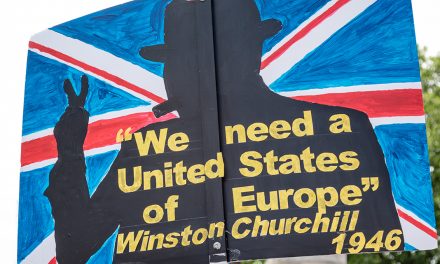