If you’d asked me a week ago, I’d have put Eurostar in my top ten brands list. Given its long and tortuous history -it arrived 120 years after the original Act of Parliament allowing for the tunnel to be built was passed – the Channel Tunnel has been one of the great infrastructure advances of our lifetime, and the Eurostar experience a cut above the average rail trip.

It is in part because it’s reputation is strong that the damage done by recent events appears to be so severe.

What needs to be done now is fairly obvious. Get the service back running again. Compensate those worst affected by the disruption. Sort out the condensation systems that led to the initial breakdowns. And learn any lessons from the last few days.

The most important of those is getting the service back running again, which will act as a reminder of what a great thing it is that London and Paris, or London and Brussels, can so easily and so quickly be connected. Two and a quarter hours to Paris. Under two hours to Brussels. It is a fantastic thing.

Clearly what happened is unacceptable. But sometimes these stories are presented as though the disruption was deliberately planned by a wilful and incompetent management.

I imagine the last thing Eurostar executives want or need at Christmas is to be hanging around St Pancras or the Gare du Nord getting chased by cameras and berated by customers. Being the panto vilain for the season is part of the punishment they have to take.

But if all of the above can be done within a reasonable time frame, and with a sense of steady progress towards a set of clear objectives, then the reputational damage, because of the strong reputational base they have, can be contained. But it does require a real sense of empathy, urgency and progress towards getting everything sorted.

I did not see the interview with chief executive Richard Brown described by Stefan Stern in the FT today as ‘a case study in how not to apologise for a corporate disaster.’ But I heard an excellent Eurostar interview on Five Live yesterday – I think the man’s name was Nunn – which struck the right tone and balance between taking the complaints seriously while setting out how things were being sorted.

Crisis management is an inexact science. But assuming anyone at Eurostar has time to read a blog or two, can I offer a couple of observations from my own experience of crisis management in the public eye.

The first is that you once you are in crisis management mode, you have to explain everything you are doing. There is no such thing as too much information or explanation at a time like this. The overall objectives have to be set out clearly, alongside the detailed plans by which they are to be met. This is communications which has to operate at every level – mainstream media, particularly TV and radio, constant updating of company website, direct comms to customers and staff, advertising, marketing materials. There has to be a sense of the situation being calmly brought under control, according to an incessantly communicated plan.

For those managing the crisis, perhaps the most important insight to hold onto is that the crisis will end. It may end in policy changes, personnel changes, resignations and recriminations. But it will end, and a sense of normality will return. Eurostar should even now be preparing to exploit that moment to the full, in terms of communicating a core message – which will be that everything is back to normal. Provided the crisis is resolved reasonably quickly, and competently, there is no reason why, once the storm has passed, Eurostar should not remain pretty high up the brand reputational ladder.

Indeed, sometimes sorting out a crisis can add to reputational strength. Willie Walsh at BA did himself no harm at all in getting his head above the parapet, and keeping it there till the situation was sorted, when Terminal Five got off to its chaotic and incompetent start.

It probably doesn’t feel like that to Mr Brown and his team right now. And doubtless I would be expressing myself somewhat differently if I was currently stuck in Paris or Brussels.

But that is the other thing to remember … there is an epicentre to a crisis, and that is where Mr Brown and the worst affected passengers are based. The rest of the world carries on turning around them. In fact, provided the situation stabilises soon, I’m keeping them in my top ten for now.

She may be my ‘wife’ but it is time to rebut! 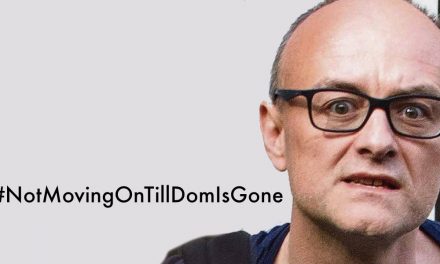