In my newspaper reporting days on The Mirror, one of the worst calls to make was the one to the news desk saying ‘The Sun’s got the mum.’

The situation might be a court case, a serious crime, a have-a-go-hero rescue, or a human  interest story which suddenly flared up out of nowhere and captured the nation’s imagination.

Today, I see ‘The Mirror’s got the uncle,’ namely the uncle of Jamie Janes, the young Grenadier Guardsman.  whose mother Jacqui has become a big part of The Sun’s increasingly vicious and highly personal campaign against Gordon Brown.

The uncle, Army veteran Ian Cox, strikes a very different tone to his sister, feeling that Jacqui Janes is being politically exploited in her grief, and also that the Prime Minister deserves an apology.

The circumstances for the family are bad enough, with the death of a loved one. But they become even worse if there are family divisions on how to react, all reported to suit the agenda of one paper or another.

The Sun, largely for its own commercial and marketing reasons, decided to come out for the Tories at Labour’s conference.

They don’t like to back a loser and will be worried that despite the battering Labour have taken, the Tories are far from home and dry.

The viciousness – and they will be hard pressed to say their coverage of the PM’s letter has been anything short of vicious – is a sign of that worry. But precisely because they made such a splash with the switch to the Tories, their own readers, and the wider public, now know more than ever that their coverage is politically driven and totally biased against Brown.

Worse than that though, they continue to present themselves as the friend and supporter of the troops while their coverage over recent months has done much to undermine the war in which those troops are engaged.

Today of all days, they might reflect on that beyond the next ‘get Brown’ story. 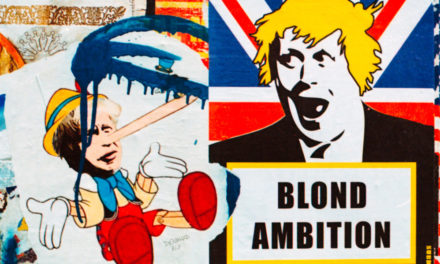