Gordon Brown did well on the Andrew Marr programme this morning, in difficult circumstances. He was at his best when showing the kind of fighting spirit that Labour supporters hope will define the week ahead.

He had something serious and substantial to say about government action to deal with the banking bonus culture. He was strong when reminding people of the role he played in stabilising the world economy amid the shocks of a year ago, and let us hope Marr asks a few serious questions of Dave next week, how his laissez-faire approach to the financial crisis might have played out, and when the gaps in his policy platform may start to be filled. Alas, with the media as it currently is, I fear I hope in vain. Brown a loser, Dave a winner, it sets the context for virtually all political coverage these days.

But Gordon was able to link the personal strengths he had shown in overcoming setbacks in his private life to the political strengths he has shown in dealing with difficult challenges. Even his biggest detractors would be hard pressed to say this was a man without an agenda, and a determination to see it through. He was good too when showing he was not prepared to let myths settle, for example about the level of UK debt relative to other major economies.

I saw a wonderful email recently on what John Cleese called ‘the vulgarization of the BBC’, (story too long and complicated to explain here) and it was sad to see Marr, perhaps with an eye to a few Monday morning cuttings, feel that he had to raise blogosphere rumours about Gordon going blind, or being on heavy medication of some sort.

I know it will give him the passing satisfaction of pats on the back from journos whose backs he pats when they come on to do their ‘excellent, as ever’ reviews of the papers. But it was low stuff. I’m sure Andrew would agree that everyone has certain areas of their life that they’d prefer not to be asked about live on TV.

I don’t know what the viewing figures for his programme are, but far more people will read about it and hear about it from others than see the whole thing. Which is a pity. Because from GB’s perspective, even with the unpleasantness at the end, it was fine. But by the time the rest of the media have finished with it, it will doubtless be a messy mix of sweat, polls, medical myths, Tongan illegal immigrants and a re-run of anything in the Sundays deemed bad for Labour.

A visit to Serbia 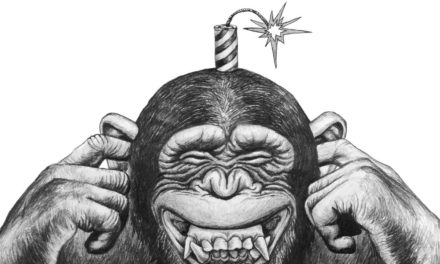