When I occasionally rage at the culture of negativity in the UK media, it is often the coverage of the NHS I have in mind. Every hour of every day, wonderful things happen in the NHS, thanks to the terrific people who work in it and above all because of the basic idea at its heart – free universal health care at the point of delivery, regardless of ability to pay. It really is one of Labour’s, and one of Britain’s, greatest achievements.

Yes, mistakes happen, and things go wrong, but what is annoying for supporters of the NHS is that we tend only to hear about it then. I am therefore loving the spontaneous support for the NHS being expressed on Twitter as a result of the attacks being mounted by the rabid right in the States as they seek to block Barack Obama’s effforts to deliver better health care for the many not the few.

Go back and read the debates when the post-war Labour government was taking on the huge vested interests opposed to its creation and you will better understand some of the ‘arguments’ being put by the right against Obama. Or at least you will better see that they have always resorted to smears and misrepresentations.

American politics can be brutal, and as I remember Bill Clinton once saying, the right are far more brutal and aggressive in their arguments than the left, basically because progressives tend to be nicer people. But the way some of the arguments about the NHS are being used (or mis-used) is shocking even by the standards of the rabids.

It has been terrific to see all the support for the NHS being expressed in the #welovethenhs campaign on twitter. Sometimes things only get properly defended when they come under unfair attack, and that is what is happening now. Most British people have reason to love the NHS. I love the NHS for helping to bring our three children into the world, and for looking after my Dad so well when he had various illnesses in his final years.

I hope Obama’s people are tracking the way the debate is going here. The myths have to be challenged, and the lie tactics exposed, to allow him to get back on the front foot in this debate. It matters for him, obviously, and it matters for Americans.  But it matters for politics around the world that Obama does well, on the basis of his values and arguments, not the myths spread about them.

So keep on twittering. Twitter’s finest hour was widely reckoned to be the way people used it to communicate what was happening in Iran recently. Since when things have gone backwards. Is it my holiday glow that makes me think this is a more important Twitter moment – when people showed they were not just going to let a destructive right wing use myths about the NHS to stop progressive change from happening? I hope not.

The vested interests against Obama will be well-funded, well-organised and unscrupulous. But the kind of uprising there has been against their tactics and arguments could be good news for social media, and good news for Obama.

Meanwhile, does anyone know Bruce Springsteen? I wonder if he would do a ‘born in the NHS’ cover based on ‘born in the USA’?

p.s. … congratulations to my son Rory who won the Campbell family classic on Mont Ventoux today. We did the Malaucene side and I got a one minute start per extra year and extra kilo I have over him. That came to 30 years and 27 kilos, so I set off 57 minutes ahead of him. Despite my doing a Malaucene side personal best of 2 hours 15, he won by racing up in 1.15, which is impressive, and so reached the top three minutes ahead of me. If only I had taken his offer of an hour!!

p.p.s. – last reminder for Burnley fans that ‘Burnley Are Back’ is on BBC1 in the North West at 7.30 tonight, and nationally on BBC2 some time in the middle of the night. 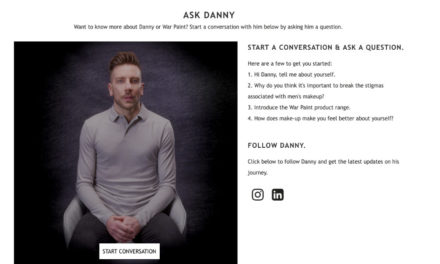