Glad to find Eric Cantona in a quiet cinema …

My son and I saw it in a near empty cinema, which was sad for the film’s
takings but great for me, as noisy neighbours in cinemas is one of my
bugbears. Cinemas may need the extra income from food and drink sales, but I
would happily see both banned. So many films have had key moments ruined by
slurping, burping, crunching, munching, Malteser-spilling neighbours. The worst
are the ones who think if they unwrap a boiled sweet slowly, it will create
less noise. All it does is prolong the agony and then train my mind to wait for
the moment when they move from suck to crunch before grinding it into bits.

Anyway, no such distractions yesterday, as the nearest people to us were six
rows away, and a thoroughly enjoyable time was had by all.

The film combines what you expect from Loach – vulnerable people living hard
lives in tough circumstances – with unexpected uplifting mood and comic touch.

There are moments when I wondered whether the story (as opposed to the film)
really needed Cantona, but the final major scene – brilliant – banishes those
fleeting doubts about his role. The clips of his playing days were great,
especially when surrounded by postman Eric’s dialogue. And if you go to see it,
don’t rush out before the credits or you might miss the wonderful clip of real
Eric baffling sportswriters with his quote about trawlers, seagulls and sardines.

My Manchester United supporting son and I were also thrilled to spot a friend
of ours as an extra on the fans’ bus – United songwriter Pete Boyle.

Pete devotes much of his life to writing and promoting songs about United. He
has done several CDs made up of Cantona songs alone, one of which he sings on
the bus, ‘Eric the King’ to the tune of ‘Lily the Pink.’

I often wonder what United’s Korean player, Ji Sung Park, thinks as he hears
United fans singing, to the tune of Lord of the Dance,

‘Park, Park,
wherever you may be,
You eat dogs in your country,
But it could be worse,
You could be Scouse,
Eating rats in your council house.’

And Pete must have known Ronaldo was on the move, switching last year from a
recent favourite,

When I played in Soccer Aid
for the Rest of the World against England at Old Trafford a while back, we got
Pete in to write songs for all the players. Some bordered on genius.

Now that Burnley are in the Premiership, we really need to improve the quality
and the quantity of our songs.

Man United are our first home game of the season. Clearly we will be more than
a match for them on the field. But off it, we need to win the battle of the
songs too. 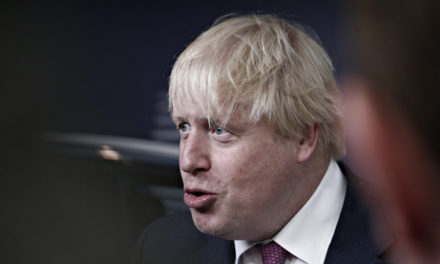 A time for GB to explain the whole picture