Elvis Presley is alive and well and living in the form of impersonator Mark Wright, who has come up with an interesting idea to help MPs through the expenses storm.

I know Mark because as well as being Elvis, he is also a committed Labour supporter, who has done fundraisers for the party. Like Elvis, he is quick with the one-liner, so I can recall our very first exchange … ‘hey, isn’t this great, I’m The King, and you’re the King of Spin.’

Unlike Elvis, who probably didn’t think too much about UK politics or the health of our parliamentary democacy, Mark worries deeply about the idea of the Tories getting back, and of Parliament’s reputation being so shredded  that we end up with mob or media rule.

So up pops a long and interesting private email on my Facebook page … ‘an expenses idea from the King.’

The idea is that as well as publishing all their expenses, Labour MPs should go back  over the last four years, and publish their diaries too. I don’t mean diaries as in ‘The Blair Years’ (still on sale in all good bookshops blah blah). But diaries as in 0800 office meeting, 0830 meeting with Council leader, 0930 open extension to local primary school 1100 train to London, 1200 select committee meeting, etc etc.

Mark aka Elvis makes the point that contrary to media (and at the moment widespread public) conventional wisdom, MPs work a lot harder than most of their constituents. He says, and he is right, that 12-14 hour days are norms not exceptions, that something close to a seven-day week is par for the course, and that the so-called twelve-week holidays they get are in the main anything but holidays.

None of that is easily said amid the ongoing clamour for heads on sticks, and a media that will flog this horse well beyond the equine mortuary. But Mark also makes the point that all balance and perspective is now being lost, which is of course the defining characteristic of the modern UK media.

A similar point was made to me by a very nice chap from Vodafone on the flight home from Rome yesterday, who like everyone was appalled at some of the excesses which had been exposed, but said the media were determined to give the impression everyone was ‘at it,’ when plenty were not. And, a bit like Mark-Elvis, he was worried where it would all end. ‘Who in their right mind would want to be an MP?’ he asked, when the salary was relatively low, the workload huge and all you get is grief, particularly now.

(Interestingly, he made the same point as I did on the blog yesterday – that he was really impressed by how much evidence there was of the European elections campaign in Rome. I regret to say I still saw only one poster on the way back from the airport, in my own window.)

As for Mark-Elvis’s idea, I’m not sure about the retrosepctive bit, because some will have kept proper records and some won’t, but I certainly think for the future it is not a bad idea at all. American Presidents have done a version of it for as long as I can remember.

Finally, an interesting example of media spin at play. The Guardian today leads the paper, and has a Martin Kettle column inside, on the ‘fact’ that 52 Labour MPs have asked to go to the House of Lords. I put fact in quotes because nowhere within the story or the angry column based upon it, which concludes Labour are now a barrier to any serious reform of politics, is there anything that I would be able to digest as evidence. ‘Labour sources’ – apparently.

I assume that someone vaguely associated with Labour or Number 10 said something to someone on the paper. But if the editor were to ask the reporters for a detailed explanation of the truth or otherwise of the story (fifty-two is such a wonderfully specific number, so they must surely know who they are) could they really provide it? Or is it not simply that anything which sounds vaguely bad for Labour has a good chance of bad front-page treatment, whilst David Cameron need only sneeze or fart to get the kind of favourable coverage from Nick Watt and Co that Labour leaders have rarely had, even in the good times, like the woefully thin package he set out earlier this week, dressed up with Guardian ‘new politics’ rainbow ribbons across three pages.

There must be an Elvis line somewhere that sums it all up. There always is. I wait to hear from Mark, and thanks for the thought. 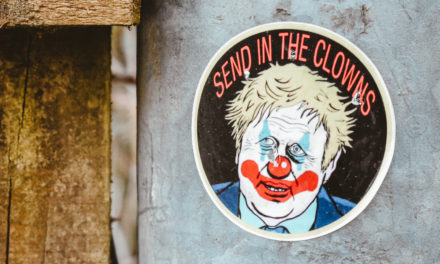 why johnson will appoint paul dacre to head ofcom

What did the Romans ever do for us (EU section)?

The lethargy of the Cameron campaign – is he too posh to push?