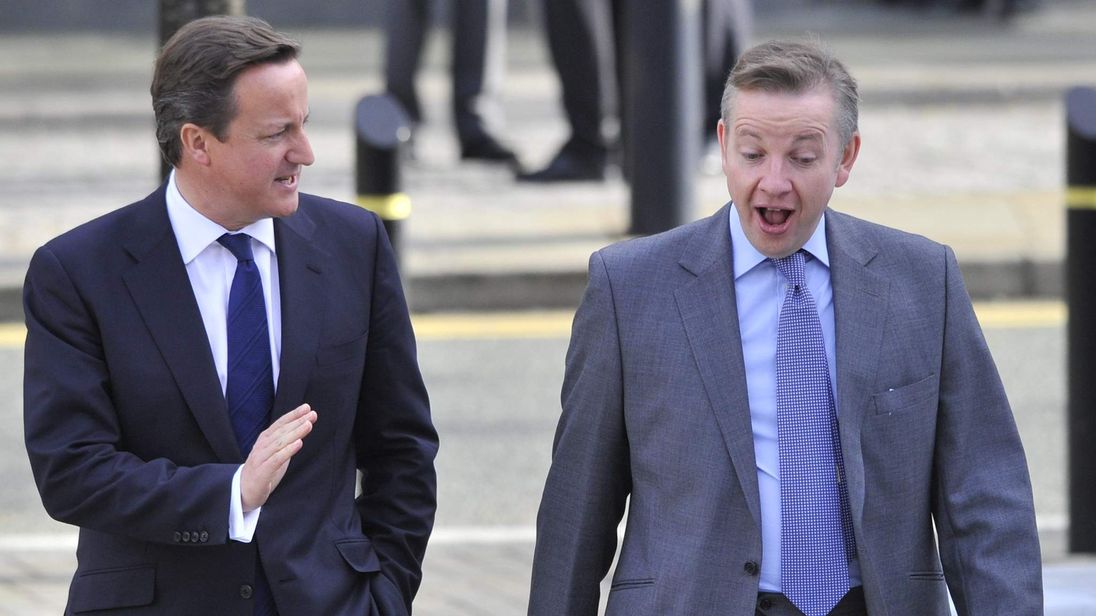 So the Brextremists at the Daily Telegraph think that a Cabinet without any Old Etonians in it is a bad thing, and worry where the talent of the future is going to come from if not the Eton playing fields where leaders are supposedly made.

Historian Dan Snow provided some helpful perspective, with a tweet pointing out that Lord North, the PM who lost the American colonies, Anthony Eden, the PM who presided over the Suez debacle, and David Cameron, the PM who gave us the disaster of Brexit, all went to Eton. We can add to that list Boris Johnson, dreadful liar and worst Foreign Secretary in history, and Jacob Rees-Mogg, currently seeking to take the UK to a place so right-wing even Margaret Thatcher (Kesteven and Grantham Girls’ School) didn’t want to go there. More top politicians from bog-standard comprehensives like the one Gary Lineker and I went to, I say.

Eton’s influence on our history is undeniable. Indeed, here is a sad, stunning but true stat for you to digest – that single school has produced more Prime Ministers than has the Labour Party in our entire history. And given the current turbulence in the Tory Party, it is not impossible, though I hope to God it never happens, that one of the above, Johnson or Rees-Mogg, may soon be added to the list of old Etonian PMs.

Certainly, when the full history of Brexit is written, hopefully  including the chapter of defeat for the final deal in a People’s Vote, much of the story will relate to the psychodrama of various posh boy characters playing out their playing field battles, though sadly with the country’s future as the ball.

I will not pretend that psychology and personality battles had no place in the New Labour story. Indeed, I am currently editing the next volume of my diaries, which covers the years of Gordon Brown’s Premiership. The TBGBs, as we called the ups and downs between Gordon and Tony Blair, go through this, volume 7, as through 1-6. However, in defence of both of them, I believe they were motivated by big things and a genuine desire to change the world for the better. And they achieved a huge amount. With the Old Etonian lot, the sense you get is that politics really is just a game.

Cameron went through school, went to Oxford, went into PR, thought being an MP would be interesting, being Tory leader even more so, PM even better. Then he made a dreadful mistake, lost his career on the back of it and, to misquote Danny Dyer, twatted off to the south of France with his trotters in the air.

Boris Johnson went through school, went to Oxford, became a journalist for the Telegraph and never stopped being a journalist even as he laughed and joked and story-invented his way to two Parliamentary seats, the London Mayorlty, a winning role in the most historic UK political event of our lifetime, and one of the great offices of State. All with his family, friends, and anyone else who knows him well, aware that he was always motivated not by principle and belief, other than a belief in his own entitlement and destiny to get to the top.

That much was laid bare by the knowledge that he had two versions of the article ready to go when he finally decided whether his best interests were served by backing Remain or Leave. Most of the world now knows which way he went, and there is no doubt he was a significant factor in the win for Leave which followed.

It is perhaps part of the Eton tribalism that, according to media reports, Cameron blames ‘socially inferior’ Michael Gove more than Johnson, and feels more angry at Gove’s decision to back Leave. Gove, he says, is a ‘lunatic.’ Strong stuff – isn’t one of them godfather to the other’s child? – and it doesn’t say much for his judgement that Cameron put the lunatic in charge of our schools (the ones most people use, not the Etons and Harrows, which are laws unto themselves.)

Gove also went to a private school, but took a very different path to Robert Gordon’s College than Cameron, Johnson, Rees-Mogg et al took to Eton. Adopted as a baby, he went first to State school, then won a scholarship. Where his and Johnson’s traits begin to run in parallel is that he too became a journalist and, when he then went into politics, also never stopped being a journalist. For Cameron, Johnson and Gove, it is all about the ‘story.’

Cameron’s ‘lunatic’ jibe is potentially especially harmful to Gove because it comes as the latter is seeking to re-invent himself both as a touchy-feely, green-tinged Environment Secretary, and also scheming for the ‘blind Brexit’ plan to get a version of Theresa May’s Chequers plan beyond next March, and then undo it according to which way the Tory winds are blowing.

Speaking as someone who has known a bit of lunacy in my time, I will say that Gove is one of the more interesting characters in the Cabinet (admittedly not a terribly competitive field.) I thought his schools policies were pretty barking, but at least he had a vision and went for it. As Justice Secretary, he did seem to be trying at least to ask some difficult questions, even if Brexit and his sacking by Mrs May got in the way of him providing answers.

A little secret. Gove asked me to do a review of mental health services in prisons. I was completely taken aback by his approach, given I am seen by many Tories as having horns, and he admitted he still had to ‘square David.’ But he said he knew I was passionate both about mental health, and about the importance of rehabilitation, and he would like me to take it on. We discussed the issues, and I started to talk around among those despised experts, both to establish for myself whether he was serious about making change, and also to establish I would be able to get the right people to support me and do something worthwhile.

Then came the referendum campaign, it all went on hold, though in the immediate aftermath he contacted me to say he would still like me to go ahead and do the review, but ‘let’s see how things pan out in the coming days.’ How things panned out was that May replaced Cameron and she booted out Gove – ‘go away and learn about loyalty’ -, then he served his time and made his way back. As to whether he has learned about loyalty, Tracey Ullman doesn’t think so! If you haven’t seen her Gove, check it out … Hilarious.

So nothing came of our discussions, but they came back to me as I was watching Paddy Wivell’s brilliant Channel 4 documentary series on Durham Prison last week, and especially the episode on mental health. I watched it with my daughter Grace, and we were both in tears at the  the suicide of a psychotic prisoner whose struggles Paddy had followed with incredible empathy, and who the prison and medical staff had really been trying to help. It was just one of several incredibly raw, incredibly sad human stories told with a profound and searing humanity; the best of TV and, in incredibly difficult circumstances, the best of public service from the staff struggling to hold things together inside the jail.

This is the real disaster of Brexit. There are so many big issues facing the country – not least those that led people to vote Leave – but because of the fog of Brexit, they are not being addressed. Prisons. Mental health inside and outside. Rough sleeping. Housing. Teacher shortages. NHS under more pressure than ever. A crisis in social care. Railways unreliable. Our defences being cut to the bone. Knife crime growing. Universal Credit malfunctioning. Violence being renormalised in Northern Ireland. Climate change clearer than ever. On and on we go, Grade A problems with a Grade C government not addressing them properly because holding their Party together over Brexit demands so much of their energy and attention and what passes for political leadership.

I think Gove probably was genuinely well-motivated in his belief that schools had t0 be improved for the poorest kids. It’s just that his ideas were off the wall. I sensed he really did want to make change in the prison system that would go against the grain of what most Tories would feel. And he may even believe – though like most of them he has stopped saying so – that Brexit will be good for Britain.

But I do think that when the Brexit story is told, it is one about what happens when the game takes precedence over the impact on the lives of people politicians are there to represent, and whose lives they should be trying to improve. And in that particular story, Eton has an awful lot to answer for. Cameron may want to blame Gove, and like Johnson Gove certainly played a role in getting Leave over the line, and needs to be held to account for the mess we are in now. But Cameron really needs to be blaming himself, some of the arrogance and swagger that was bred in him at school, the lack of real feeling for people he was there to lead, and protect from bad stuff happening.

If you haven’t booked a holiday yet, you should try Albania. Promise