Yesterday was World Mental Health Day, and I spoke about stigma – again – at the Leeds Community Foundation where the signs of change coming were all around. The city council’s brilliant CEO Tom Riordan speaking not only about his life growing up partly in foster care, with an alcoholic father and a bipolar mother often going through crisis, but also about the leadership role Leeds is taking in become a beacon council with regards to mental health and mental illness; the Yorkshire Evening Post launching its ‘Speak Your Mind’ campaign to tackle stigma and taboo; local employer Asda setting out a new approach to the way it approaches the mental wellbeing of staff; other employers wanting to get involved; the Leeds Community Foundation focusing on mental health.

Former footballer Clarke Carlisle and I both spoke both about our own experiences of mental illness, but also about the need to understand that it can affect any one of us. We both urged the moving away from the campaign message that ‘one in four’ of us will have a mental health problem in our lifetime, to ‘one in one’ – we all have mental health and some days it is better than others.

It feels like we’re making some progress –  things are getting better on the awareness front, even if the services needed are under pressure from cuts. The Time to Change campaign, and the work of the charities involved, can take a lot of the credit for the change in attitudes. The government can take a lot of the blame for the cuts.

Today, I am pleased to lend my support to another mental health campaign being launched, which relates to that thing that is either what makes the world go around, or it the root of all evil, depending which angle you come at it from – money!

For many people, living with a mental health problem makes it harder to earn, to stay in work, to progress in a career. It makes it harder to manage money, to open the bills when your anxiety is spiralling out of control, to avoid spending more to make yourself feel better. So it’s no wonder that people with mental health problems are so much more likely to be in debt.

And while we don’t like to talk about money sometimes it becomes a necessity. For people struggling in debt as a result of their mental health, telling the bank could be a wise move. There are often things they can do to help, send fewer letters if you struggle to open them, freeze the interest on your debts while you get things sorted out or even write some of it off.

When it gets to that point, banks often ask for evidence of your mental health problems – they’ll give you a form for your GP to fill in. So far, seems pretty reasonable.

So I was outraged to learn this week about the number of GPs charging to fill out these forms. An investigation by a new charity, Money and Mental Health, has found as many as one in three people being charged by their GP – and some as much as £150.

Think about it: you’re struggling with your mental health, in debt – can’t make your next payment. It’s stressful, you’re broke, and when you build up the courage and energy to do something about it, the GP tells you that’ll be £25 please. Or £50. Or £150 – it’s up to them.

People in real financial difficulty are going without essentials or getting more into debt to pay their GP. It’s totally wrong. There’s a list of forms GPs can’t charge for, things like sick notes – the debt and mental health doctor’s note should be on that list.

Money and Mental Health, backed by Mind, Rethink, Bipolar UK, StepChange and a bunch of other people, have written to Health Secretary Jeremy Hunt and his equivalents in Wales, Scotland and Northern Ireland to ask them to sort this out. I certainly hope they do.

You can sign a joint letter to the Health Ministers here, and share the campaign on #StopTheCharge. This is one little piece of discrimination which has to go, and can be made to go easily. 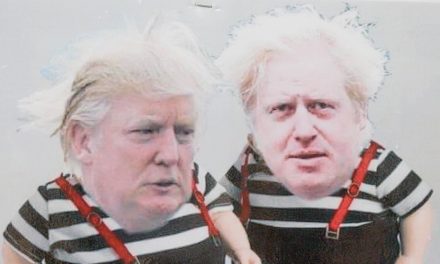