If I may use a Bullingdon-type expression, I never much fancied the cut of the jib of Chris Huhne when he was Secretary of State for Environment and Climate Change (remember that.) Too much about himself, too fond of the media positioning.

I don’t know Ed Davey, his successor, but I wish all power to his elbow and his voice in standing up for the environment against George Osborne, and winning the argument about the need for the government to show a lead on climate change. ‘Greenest government ever’ was what David Cameron promised to lead when he was sledging round the Arctic with a few brand-contaminating huskies. Since when …. Er …..

The Chancellor has had a rough few months, for which he deserves no sympathy as the political pain was entirely self-inflicted in that it was caused by a Budget that managed to combine economic incompetence with political and strategic ineptitude. But it means that in the ‘what if Dave falls under a bus’ race – one on which a growing number of Tory MPs seem rather frighteningly keen to see – he has fallen somewhat behind, and allowed twin clowns Boris Johnson and Michael Gove to move ahead.

His main objective – getting the deficit under control within a Parliament – is in tatters, so he needs something else to regenerate a bit of support among his fractious colleagues. Getting on the wrong side of the environmental debate – I.e the right side politically, as in right wing – would appear to be his issue of choice.

I’m sure there are people out there who care deeply about George Osborne’s political future. They are however outnumbered by people who care about the future of the planet. Which is why we have to hope Mr Davey wins the latest battle within the coalition. 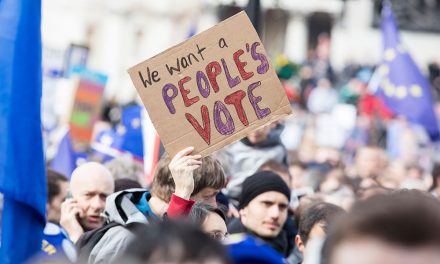 Massive bust up at People’s Vote – not