Cameron facing in confusing (not to mention hypocritical) directions. Needs Plan B

I am confused. David Cameron is arguing for austerity at home. But blaming Angela Merkel for damaging the eurozone through her commitment to … er … austerity.

I am also a little anxious. Because I just caught Alistair Darling on the TV suggesting we were on the brink of catastrophe. The last time he was right. And this time he says it is more serious.

Meanwhile George Osborne, who was talking days earlier of focusing 100 percent on the economy, pops up to shake hands with medal-collecting Chelsea players, wink at Roman Abramovich, and leave millions of football fans, not to mention citizens worried about the economy, thinking not LOL but WTF is he doing there?

As to what he should be doing with his time, the answer is working on Plan B. because Plan A isn’t working. And for all the finger-pointing at Germany and France, unlike Britain they have avoided double dip recession.

Meanwhile I thought I would add here the Observer editorial from today. Definitely worth a read.

The economic conditions through which Britain is living reflect a disgraceful abdication of responsibility by a government that has consigned millions of lives to unnecessary and avoidable hardship and great anxiety about their future prospects. It is simply wrong to blame this on the economic tsunami sweeping through Europe. Clearly a break-up of the euro would hit the UK hard and add greatly to the peril we face. But that has not happened yet and might still be avoided. What is clear is that Britain confronts this risk from a position of great weakness in substantial measure because of the economic strategy being pursued by the coalition government, whose leaders shamelessly blame an event that has not occurred for their mistakes. The true problem is that the framework in which economic policy is cast is 100% wrong.

At the heart of this calamitous strategy is a wholesale misdiagnosis of how the market economy functions and a complete failure to understand why the financial crisis took place, the profundity of its impact and its implications for policy. For a generation, business and finance, cheered on by US neoconservatives and free market fundamentalists, have argued that the less capitalism is governed, regulated and shaped by the state, the better it works. Markets do everything best – managing business and systemic risk, innovating, investing, organising executive reward – without the intervention of the supposed dead hand of the state and without any acknowledgement of wider social obligations.

The lesson of the financial crisis is that this is complete hokum that serves the political and personal interests of the very rich. It has been an intellectual carapace to permit the creation of dynastic personal fortunes while dismantling the social contract that underpins the lives of millions. Yet it has been this flyblown thinking that has informed British monetary, fiscal and financial policy for the last two years – uniting the governor of the Bank of England with the equally bewildered George Osborne. Both are at sea.

The lesson of the financial crisis is unambiguous. Risk – the existence of incalculable unknowns – cannot be handled by markets alone. It has to be socialised by the state, otherwise we encounter chronically low levels of investment and innovation, along with periodic systemic crises, the core message of John Maynard Keynes. For 20 years, the titans of high finance assured governments, central banks and regulators that no longer did they have to worry their bureaucratic heads over systemic risk in finance, the issue that had created financial crises regularly in the past.

The genius innovators of finance, informed by Nobel prize-winning free market economists, had created new financial instruments that worked so effectively distributing risk around the financial system that banks could grow their balance sheets to hitherto unheard of levels, underwritten with ever-less capital.

It was dangerous nonsense, but it did serve to make those at the top of finance very, very rich. When the crisis broke in 2008, banks across the world were hugely overstretched. The new instruments supposed to make them safe did not, unless governments stepped in to underwrite them. This was a problem across the west, but nowhere more so than in Britain. In 2008, our banks had grown their balance sheets to more than five times our annual GDP – proportionally 10 times larger than banks had been from the 1870s to the 1970s. Worse, this was supported by less capital.

Dismantling a position that has taken a generation to build was obviously going to take at least a decade. Worse, the task was superimposed on another calamitous mistake originating from the same mindset. Britain had vastly overinvested in the business sectors that benefited from rocketing and unsustainable credit growth – retailing, catering, leisure, housing and housing improvements – and not in those that sold goods and services abroad.

This had been made worse by the chronic overvaluation of sterling. Britain, with a large international financial sector but committed to allowing its exchange rate to float, had created an economic doomsday machine. The banks sucked in money from abroad, buoying up the unmanaged pound and hollowing out productive parts of the economy and diverting resources to the unproductive.

Thus in 2010, it was obvious that recovery from the deepest recession since the 30s was going to be exceptionally difficult. Banks had simultaneously to retrench, but also to lend to sectors they had neglected for 30 years. Britain had to rediscover the capacity to innovate and invest in a way it had not done for decades. And the severity of the recession had created a public sector deficit of 10% of GDP, which would have to be lowered.

However, Britain’s stock of public debt was modest, giving an intelligent government flexibility in how quickly it lowered the deficit. Britain had a private debt crisis, not a public debt crisis. The intellectual lesson was clear – states, business and society are interdependent; risk has to be socialised.

Instead, the government has done the exact opposite. It has abandoned the scope to manage the economy intelligently and pursued a scorched earth policy of trying to eliminate the structural deficit in four years. It claims that the lowest interest rates for 300 years demonstrate its credibility: rather, they prove the depth of Britain’s problems. It has refused to put the public balance sheet behind new bank lending, which might relieve the financial system of risk it is in no position to take, but which it must take to lift the economy off the rocks.

The same principle needs to be extended to our infrastructure. By any international standard, we lack adequate roads, bridges, houses, railways, reservoirs, drainage systems and much more. Efforts to stimulate innovation and investment lack conviction and any serious resource. Instead, Mr Osborne hopes that the private sector will seamlessly move into areas from which it has been “crowded out” by the public sector, without recognising the interdependency between public and private, business and social at the heart of a good capitalism.

We have seen two years of torched economic forecasts – and this unbalanced, stricken economy has yet to be hit by the bulk of the spending cuts. There is still no serious new framework in which innovative businesses can be built and financed. The Lib Dems are threatened with extinction as a national party, proper reward for complicity in such epic mistakes. The Tories should be no less concerned. Their capacity to exist outside the gilded constituencies of London and the south-east is under threat. In democracies, the neglected can hit back and hit back they will.

Tremors of Japanese political earthquake will be felt far and wide 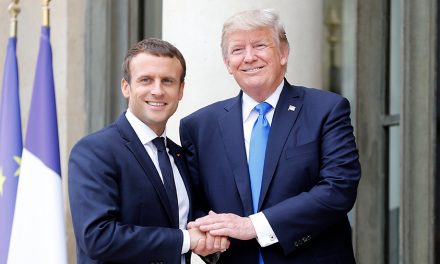