The economic costs of our failure to treat addiction

A brief word on the conference on addiction I spoke at in Ireland yesterday, and the visit to Toranfield House, which helps recovering addicts.

First though, a tourism plug. County Wicklow has some fabulous scenery, and the autumnal colours were sublime. When I had my recovering from addiction spell many years ago, I could have done with scenery like that!

The point I want to highlight though was made not by me but by a member of the audience, an expert in alcohol counselling, who specialises in helping doctors and dentists with drink problems. He made the point that the State -whether British or Irish – spends a small fortune educating and training these people, some of whom, as in any walk of life, end up with addiction problems. The tendency then is to force them out, and keep them out, rather than risk them damaging their patients.

Not only is that approach inhumane, in its writing off of people who get into trouble. It also costs the State a lot of money, in the costs training them in the first place, not to mention payoffs and pensions. For 10 to 15000 pounds, they could be given treatment that would have a very good chance of sorting them out so they could go on to lead productive professional lives once more.

I was amazed to discover this was Ireland’s first addiction conference, which suggests that as in so many other countries, mental illness remains in the box in the corner of the room, marked stigma and taboo. I have been worried for some time that as austerity bites, mental health will once more return to the back of the queue when it comes to health spending decisions by governments.

That is why we need to keep making these powerful ‘false economy’ arguments, and make sure the policy makers hear them. I met recovering drug addicts and alcoholics. The care they were getting was intense, and the costs would be considerable.

But then so were the costs already incurred by health services, police services, the criminal justice system, the welfare system, and all the other areas of public policy where as a result of our failure to tackle addiction issues properly public money gets spend dealing with the considerable aftermath.

Good luck for the rest of the conference, and above all good luck to the young woman from Milton Keynes who is heading home today after several weeks of therapy for alcohol addiction, and who says she has never felt more confident about facing the future.

Weird agreements break out on The Big Questions, and with Joey Barton 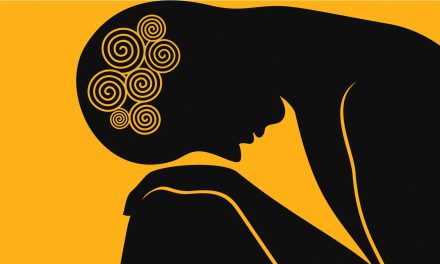