I’ve just had a very nice morning helping launch the University and College of Football Business at Turf Moor, home of Burnley Football Club.
It has had rather less attention till today than the AC Grayling and Co New College venture, but it is in its own way as innovative, and it is actually happening – the first college to award undergraduate degrees in the business of football, allied to law, media and marketing.
All of the main broadcasters were there and I stressed that with football now such a big and culturally important industry, the amazing thing is nobody has thought of it before. Unlike the Grayling venture, which seeks to fill a gap being created by the disastrous 80per cent cut in the universities’ teaching grant, UCFB is creating an entirely new area of academic activity, in a way that will be good for Burnley FC, good for the town and good for football. Indeed, I am confident students who come from around the world to learn about the football industry will end up teaching the industry a thing or two about how to get its act together.
Needless to say I was also asked about the so-called Ed Balls files in the Telegraph. Perhaps it was because I was in a sporting environment that I found myself talking about the importance of teamwork in politics as well as football.
It is no secret there were times when the Blair-Brown relationship was not great. My diaries, both those already published and those still to come, make clear that from my own perspective much of the negativity in it all came from the GB side of the fence. This latest flurry relates to 2005, but there had been plenty before – Charlie Whelan and all that.
I left Downing Street in 2003 but went back to work for TB on the campaign planning front pretty much full-time in the run up to the 2005 election. To that end I was centrally involved in getting GB to work properly with TB for the duration of the campaign. It worked in that we won, though I do think had things been better at the operational level in the run-up we could have secured a bigger majority.
I was also involved subsequently in the aftermath and the planning of what came to be known as a ‘smooth and orderly transition.’ So much of the material published today comes as no surprise.
As to what I draw from it, two things stand out. I always used to say to Gordon and his key people that if I had been them, I would have been as supportive as possible of TB. I think their interests would have been better served by that approach, as well as TB’s, but I suspect they think I was thinking only of his.
Secondly, one thing that stands out from my diaries is that we were at our best when we worked together. It is right, as Ed Balls says today, that he and I worked together at times to try to keep TB-GB in a better place, but I think Ed would have to admit he was doing so very much from a GB perspective, whereas I always sought to see things from a team perspective too.
That is the lesson for Labour from all this today. We were a very successful government which achieved a huge amount. But we were at our best not just at our boldest, but when we operated as a team.
TB-GB was on one level a hugely successful political partnership. But it could have been so much better if GB and his team had understood the bigger team picture as sharply as they understood their own.
Ps …. Back on sport, well done to Roberto Martinez for staying with Wigan and turning down Villa. I feel sure lots of people in Burnley and Bolton will be reflecting on such loyalty to the smaller Premier League club tonight. 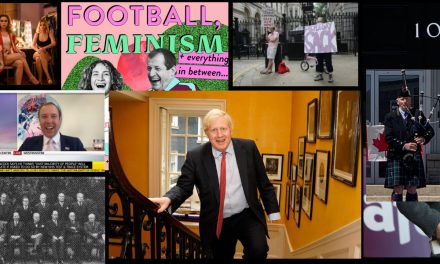